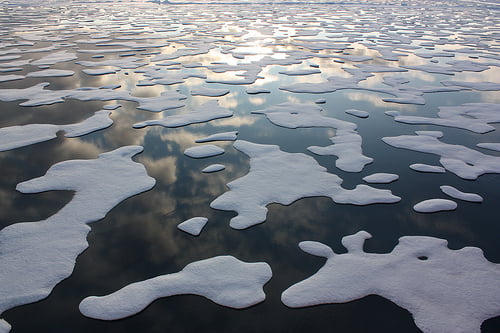 Are the climate sceptics melting away?

Last year, researchers at the National Snow and Ice Data Centre (NSIDC) in the US found that the Arctic sea ice cover was at its lowest  ever point. This news was followed shortly after by confirmation of further melting in the region.

The polar regions are arguably feeling the effects of climate change more than anywhere else on Earth, with the Arctic in particular breaking a number of unwanted ice records in the past year.

And according to a recent Associated Press poll, the recent spate of extreme weather events from around the world, such as flooding, wildfires and superstorms, have gone some way to changing the way climate sceptics view global warming. Indeed, the recently-released documentary film Chasing Ice dramatically changed the views of one Fox News-watching denier after a screening in the US last year.

Australia is one country that has felt these effects more so than many others, having been ravaged by soaring temperatures and wildfires in recent weeks. To put the Arctic ice melt in context, a thinktank from the country, The Australia Institute, has come up with a handy graphic that outlines the extent of the ice’s decline over the last two or three decades alone.

Source: Uploaded by user via Polar Bears on Pinterest

A poll from October found that while the majority of people agree that the climate is changing, the US and UK are the most sceptical about its causes. Online ‘filter bubbles’ often hinder the climate change debate, making it appear balanced when it’s actually not.

BusinessGreen editor James Murray wrote an excellent blog in October on how to argue with climate sceptics, while an article on Grist earlier this year outlined why climate ‘alarmism’ was a justified state-of-mind.