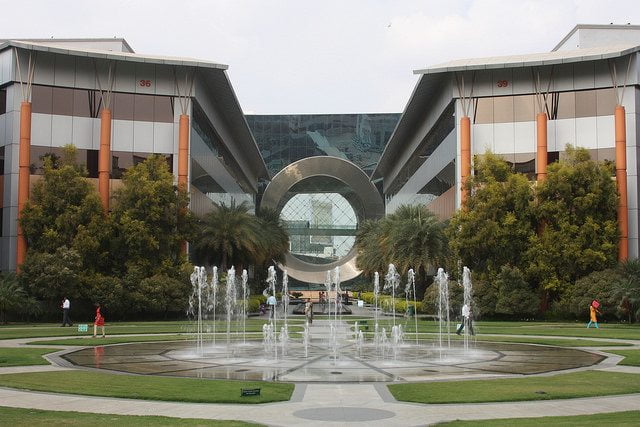 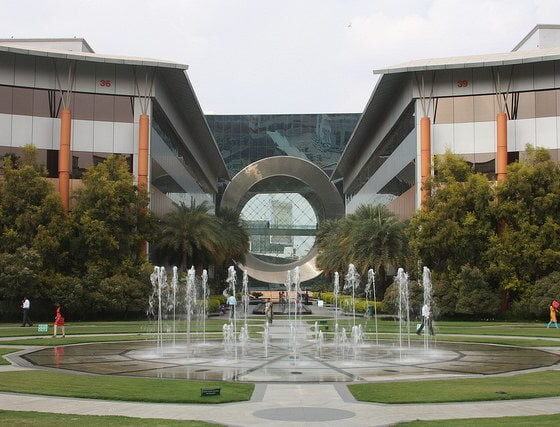 The Ashden Awards uncover and reward sustainable energy pioneers in the UK and across the globe, to date it has given out 170 prizes. Infosys won the 2014 international gold award and the 2014 award for sustainable buildings.

– Electricity use per employee cut by 44% in five years

– $80m saved off its electricity bill in five years

India’s rapid economic growth and accompanying spiralling energy requirements have put the country under tremendous pressure, increasing the energy import bill and creating ever greater strain on the grid.

Global IT giant Infosys has state-of-the-art campuses across 10 cities in India and is leading the way to more sustainable growth. After designing new, low-energy buildings, the Infosys infrastructure team became aware of the potential for saving energy in their existing buildings. So in 2008 the team began a programme to identify opportunities for energy savings, and to retrofit existing buildings which house more than 130,000 people.

The secret of the company’s huge success has been to seize every opportunity to reduce energy consumption in its existing buildings – from reducing the size of chiller plants for air conditioning, to painting roofs white so they reflect the heat and cooling systems don’t have to work quite so hard.

Cutting-edge design of new buildings also helps keep offices cooler and maximises natural light. With a phenomenal $80 million cut off its energy bills, Infosys has made an unassailable business case for large companies to invest in energy efficiency – not just in India but across the globe.

Infosys has shown that cutting energy use makes sound commercial as well as environmental sense. It’s an example to other large businesses and their CEOs in India and worldwide.

Achieved a reduction of 3.4 MW in our connected load from air conditioning retrofits in fiscal year 2015.

UPS retrofits have led to a 4.4 MW reduction in connected load in fiscal year 2015.

Infosys now plans to automate all its buildings, and connect all the building management systems to its central command centre with a focus on eliminating inefficiencies as far as possible. It also has a big solar energy drive: with around 2.3MW of solar PV installed across its Indian campuses, it aims to meet 100 per cent of its electricity requirements from renewable sources in the next few years.