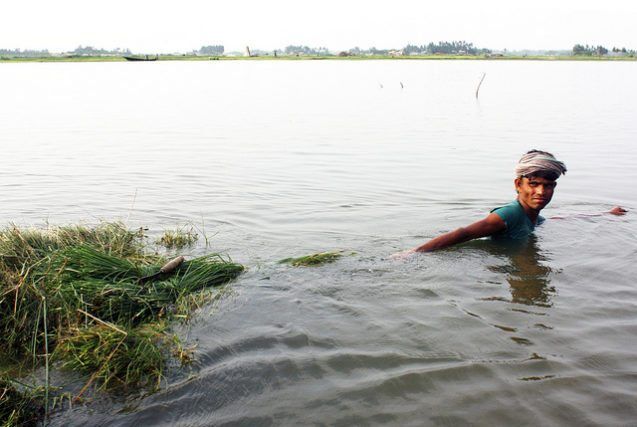 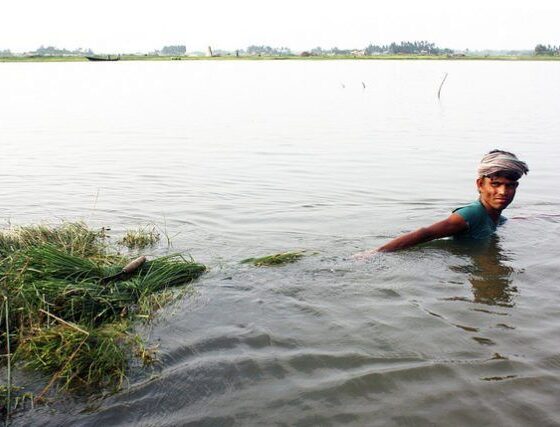 If global warming carries on without action Bangladesh could disappear with one third of the country already less than 3 metres above sea level as cyclones and flooding will become more devastating.

But Bangladeshis refuse to be helpless victims. At home they are raising the land to match sea level rise and already saving thousands of lives with improved cyclone defences. And this week in Marrakech, Morocco, they will be taking a leading role in the CoP 22 climate change negotiations – trying to limit global warming to 1.5 degrees to halt sea level rise, and pushing for compensation for the damage already done by industrial country emissions.

Bangladesh is the most densely populated country in the world, because it is on a rich delta and feeds itself. But that comes at the price of a hugely variable climate, which brings devastating floods and cyclones. Scientists and government officials realised two decades ago that climate change would make floods and cyclones worse and that sea level rise was a huge threat, so they have taken a leading role among developing countries. They were the first to have a climate change adaptation plan and set up their own climate change fund. The Bangladesh government spends $1 billion (£750 million) per year on climate change, three-quarters of which comes from the government budget and only one-quarter from the donors and lenders. And large and skilled Bangladeshi teams are involved in the annual climate change negotiations.

The response to climate change is built on the untold story of the country’s response to its difficult environment. When Cyclone Roanu hit the Bangladesh coast on 21 May 2016, 538,000 people were in shelters. Through forecasting, warning and shelters, Bangladesh has cut the fatality rate in cyclones by 99 per cent. There have been three ‘super cyclones’ in the past 50 years with wind speeds over 222 km/h: Bhola in 1970 killed up to 500,000 people; Gorky in 1991 left 138,000 dead. Sidr in 2007 killed 3,363 – still too many, but less than 1 per cent of the fatality rate of 1970. This huge drop is due to national actions, and is little known elsewhere because the system is Bangladeshi designed and developed and is not a product of the aid industry.

Similarly, coastal communities, working with national engineers and scientists, have developed ways to raise the land to match sea level rise, using some of the billion tonnes of sediment that comes down from the Himalayas each year.

Bangladeshis refuse to be a helpless victims and will keep their heads above water – if industrialised countries curb greenhouse gas emissions to limit that amount of damage done by global warming.