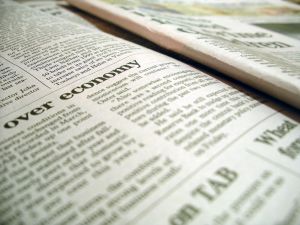 E.ON to invest in £1.3bn wind project in Sussex

Responsible investment talk to be held in Edinburgh on Monday

A new report in published by the International Monetary Fund claims that the global fossil fuel industry receives an annual subsidy of $5.3 trillion, which equates to $10m per minute. The estimates for 2015 are set to be more than total spending on health. Guardian

David Cameron’s former director of strategy Steve Hilton has called on the government to introduce rules that would see bankers paid a similar salary as civil servants. If implemented, the measures would see multimillion pound pay packets to between £100,000 and £200,000. BBC

Deutsche Bank prepares for UK exit from the EU

Deutsche Bank has set up a working group to consider whether it should move its British divisions to Germany in the event of the UK leaving the European Union. David Cameron is expected to publish the referendum bill following the Queen’s speech, but there have been calls to speed up the EU referendum over concerns of uncertainty. BBC

Varoufakis: Greek deal with creditors within the next week

The Greek finance minister Yanis Varoufakis has said that he expects a deal to be struck between the Greek government and its creditors. The comments come as the country is vastly running out of money and is expected to meet a payment of €1.5bn at the beginning of June.

Abracadabra! Britain’s political elite has fooled us all again – Guardian