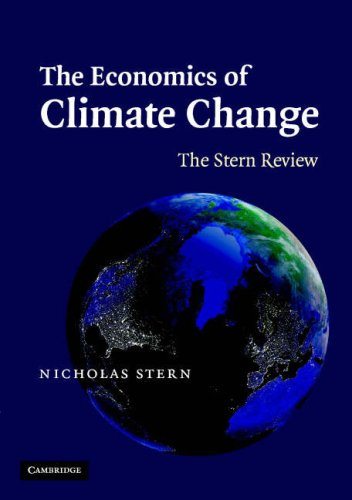 Economics of Climate Change: The Stern Review takes a comprehensive look at the economics of climate change and seeks to give the understanding needed to underpin an effective global response to the challenge.

The book is full of information and at the time of publishing, used the most up to date information, although the author later admitted that the review underestimated climate change. The fact that it was hugely influential on politicians demonstrates the level of detail and data contained in the book, which features many charts and diagrams to give a full understanding.

It pulls together various strands of climate change theory and science and connects them in a single economic framework. Through this, it demonstrates how climate change will affect the UK, developed countries and emerging nations in different ways and its economic impacts.

It looks at a wide range of areas that will be affected by climate change including water resources, food production, health and the environment.

Stern argues that climate change is the greatest and widest-ranging market failure ever seen and presents a unique challenge for economies around the world. Solutions, such as environmental taxes, to minimise the economic and social disruptions are suggested.

The book is from Nicholas Stern’s review commissioned by the British government in 2005 and as a result, the document is technical and more suited to those working in, interested in or studying economics, science and policy rather than to the casual reader.