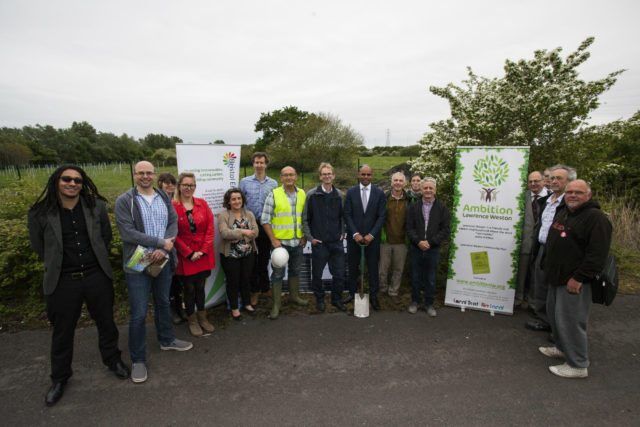 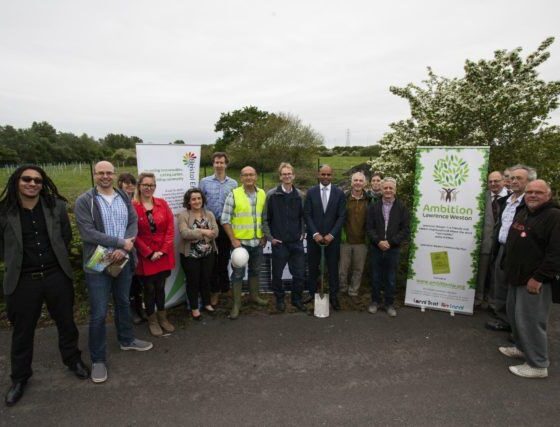 • BEC has achieved this significant sum since November 2015 through a share and bond offer against a backdrop of Government changes to the energy sector.

• BEC membership has more than doubled demonstrating the growing momentum to make the transition to clean energy.

• It is anticipated that around £70,000 each year will go into a fund for local community projects for the 25 years of the projects.

Bristol Energy Cooperative (BEC) has celebrated reaching the powerful sum of £10 million in its fund-raising campaign to offer the city and surrounding area a brighter, cleaner energy future.

BEC’s £10m fund-raise will not only reduce carbon emissions, but also leave a legacy of social benefits with all the profits from BEC’s solar projects being invested back into the community. Around £70,000 will be available for local community projects each year for the 25 years of the solar projects.

The money raised since November 2015 through a share offer and bond offer is already working for the community’s benefit with £3.5m raised through crowdfunding. BEC has built and switched-on a new 4.2 MWp solar farm at Lawrence Weston, financed an operating 4.6 MWp solar farm in Somerset and is installing solar panels on community roofs across Bristol.

Bristol Energy Cooperative has already installed solar panels on Coniston Community Centre, Easton Community Centre and Brentry and Henbury Children’s Centre, which will help these organisations reduce their energy bills and carbon footprint. Around 10 additional community roofs in the Bristol region, including the Architecture Centre and Wick’s Sports Centre, are lined up to join this community solar initiative.

Altogether BEC’s new installations will generate enough energy to power 2,270 average UK homes; this is equivalent to 9,268 kWp of solar PV capacity, generating an average of 9,300 MWh of electricity each year.

Chris Speller, co-director of BEC said: “We’re proud to announce that our fund-raise has reached over £10m enabling the funding of all the solar projects in this phase of expansion. The BEC Board of Directors would like to thank our growing community of investors and supporters who have helped us reach this significant target. “Our success demonstrates growing momentum to generate and control energy at a local level. Investing in community energy is an accessible way to make a personal positive impact on climate change, improve the local sense of community and get a good rate of return on savings. We’re determined to build on this strong foundation and continue to work towards Bristol’s zero carbon targets, whilst extending participation in community energy locally and beyond.”

People-powered energy BEC’s membership has more than doubled to 425 members, who invested in its share offer, with 800 investors in the bond and share offer in 21 total. This clearly illustrates the drive to make the transition to renewables as an alternative way to power cities and communities.

Since beginning this £10m fund-raise, BEC has faced many additional challenges, including changes to Government policy on community energy as well as the economic uncertainty around Brexit. The overwhelming success of the co-op’s fund-raise in this context shows that there is a strong desire to move towards alternative energy generation and confidence in community energy investment with its financial, social and environmental benefits.

This fund-raising campaign also demonstrates the power of collaboration in the transition to cleaner energy. As well as developing partnerships with local community groups, including regeneration organisation, Ambition Lawrence Weston, BEC has partnered with Mongoose Energy, the UK’s leading community energy business, and Ethex, positive investment platform, on the share and bond offer. Other partners including, Bristol City Council, Triodos Bank, Social and Sustainable Capital and Close Brothers, have provided loan funding for the projects.

Christine Davis, Manager at The Architecture Centre in Bristol, one of the buildings which will benefit from BEC’s community solar, said: “This is a fantastic scheme that really exemplifies the potential of the ‘triple bottom line’ approach – bringing social, environmental and financial benefits. Investing in this scheme will enable small charities and community organisations like us to invest in something we could not otherwise contemplate – and will have a lasting positive impact on our organisation, the people we work with, and the planet.

“As an independent not-for profit-organisation we would reinvest money saved in our activities – for example helping us to reach more young people through inspirational programmes such as Shape My City which provides life-changing mentoring opportunities and empowers young people to help shape their neighbourhood for the better.”

Find out more about how to get involved with BEC on its website: http://www.bristolenergy.coop