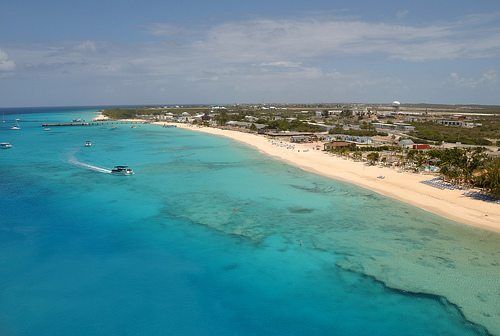 Is the Caribbean about to realise its renewable energy potential?

The Caribbean is one of the world’s largest untapped sources of renewable energy, with huge solar, wind, geothermal and marine energy potential. Despite this, most Caribbean nations still use imported diesel or oil to generate more than 90% of their energy.

International bodies have long complained that Caribbean countries aren’t doing enough to reduce their fossil fuel consumption. So what has been the barrier to using renewables? Often, the answer relates to cost.

Why has the Caribbean been slow to realise its potential?

The Caribbean’s small economies mean that in most cases countries have difficulty financing renewable energy projects that require high upfront capital. For example, a typical waste-to-energy project could cost upwards of $400 million. The costs for a utility scale wind turbine range from about $1.3 million to $2.2 million per MW of capacity.

Although public investment agencies like OPIC or the World Bank may seem to be a viable finance partner for some of these types of projects, their approval processes tend to be long and arduous.

At the same time, fossil fuels continue to prove favourable across the Caribbean Community. Since 2005, the Petrocaribe oil supply agreement signed between Venezuela and 17 Caribbean members has provided for subsidised oil imports across the region.

But now, many are questioning the ongoing viability of Venezuela’s costly oil giveaways. A breakdown of the Petrocaribe agreement could dry up the flow of cheap oil and leave Caribbean countries exposed to rising oil prices in the future.

Is all that about to change?

Recognising the potential for geothermal energy on the island, the government of Dominica recently set aside $15 million for the development of a long-awaited geothermal project. According to projections, as much as 1000 MW could be harnessed by this method in the future.

Officials announced last month that the country is going it alone with its geothermal project, and plans—once the geothermal plant is operational—to offer shares to the Dominican public. The government plans to dispose of as much as forty to fifty percent of its ownership in the geothermal plant.

It’s not such a risk as it seems: Dominica boasts one of the most popular citizenship by investment programmes, granting high net worth individuals a second island passport in exchange for a minimum contribution of $100,000 to a government fund. The fund finances various projects in Dominica for the benefit of its many industries, including tourism, agriculture and alternative energy.

“Successful geothermal development can positively impact energy security within the Eastern Caribbean Community, indeed within the wider Caribbean Community,” said St Kitts and Nevis Prime Minister Dr Timothy Harris. “This is a watershed for a transformed energy future that delivers affordable, reliable, sustainable and clean energy to the citizens of the Caribbean region.”

The twin islands have had success with geothermal exploration, and the government is looking toward the construction of a geothermal power plant in Nevis as the next step in a decade-long project to pursue renewable energy. Meanwhile, the expansion of Jamaica’s wind farm is under way. The country plans to increase renewable energy use further, with a goal to reach 20% by 2030 as part of its Vision 2030 policy.

Barbados, too, is keen to expand the success of solar water heaters to solar photovoltaic generation with the introduction of their Renewable Energy Rider. This allows people installing solar photovoltaics to sell their power back to the grid at 1.6 times the usual charge. As a result of this incentive, there are now more than 300 house-top photovoltaic systems on the island. Barbados has set itself an ambitious goal of 29% of energy to be produced from renewable sources by 2029.

Where is all this coming from?

International agencies are making serious headway in funding renewable energy projects in the Caribbean. In 2015 the Inter-American Development Bank announced $71.5 million in joint-funding for sustainable energy facilities in the Eastern Caribbean, while other money comes from the International Renewable Energy Agency (IRENA) and the Abu Dhabi Fund for Development (ADFD).

But it’s not only international sponsorship driving such projects: there’s further thanks owed to private enterprise. Sir Richard Branson’s Carbon War Room and Ten Island Challenge program is working with governments in selected Caribbean states to offer policy support to help propel clean energy alternatives. A number of smaller scale projects are underway that give rise to this optimism, and some larger projects are in development that may pave the way for a new business model for the region that will see widespread utility level applications.