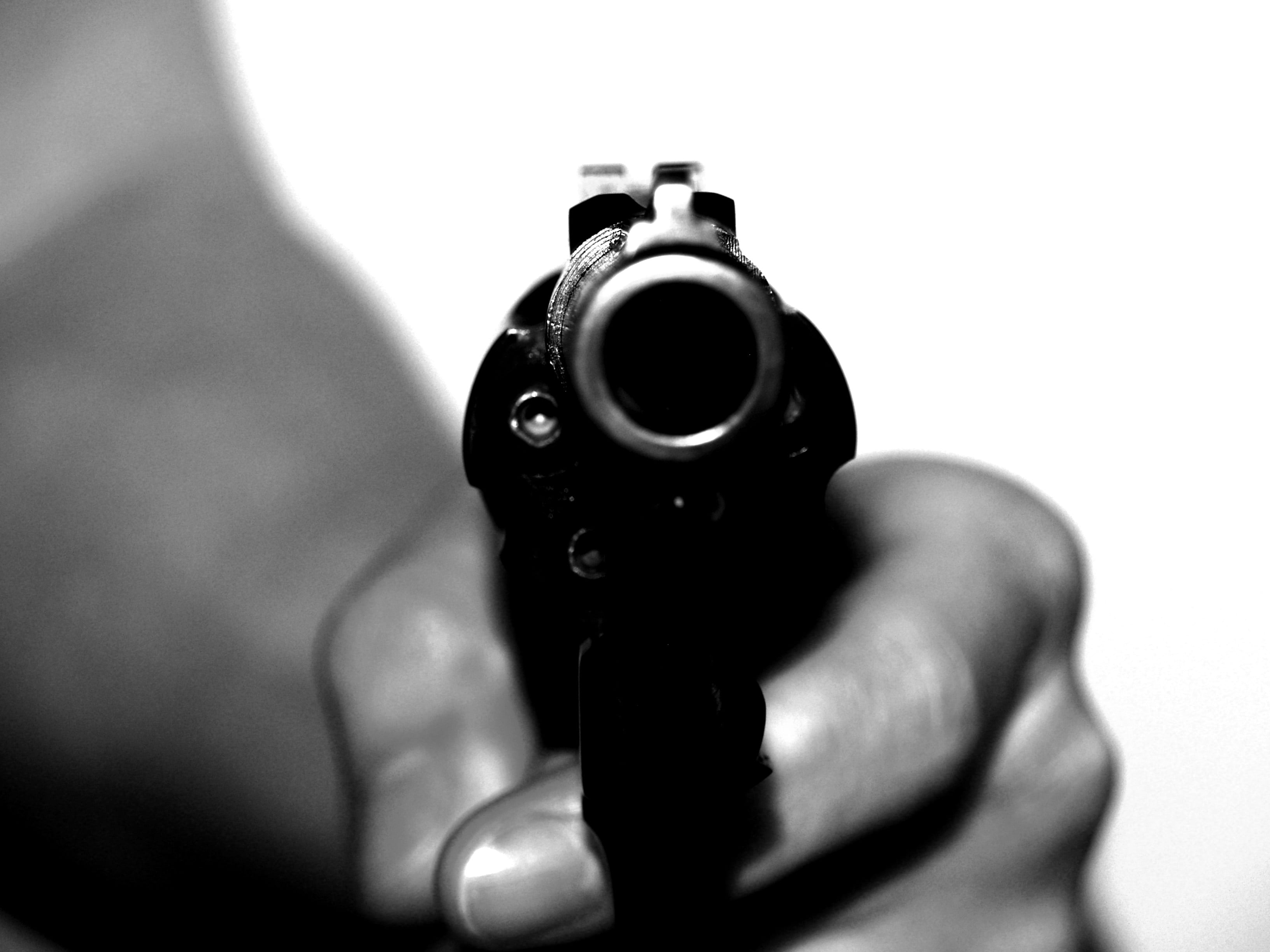 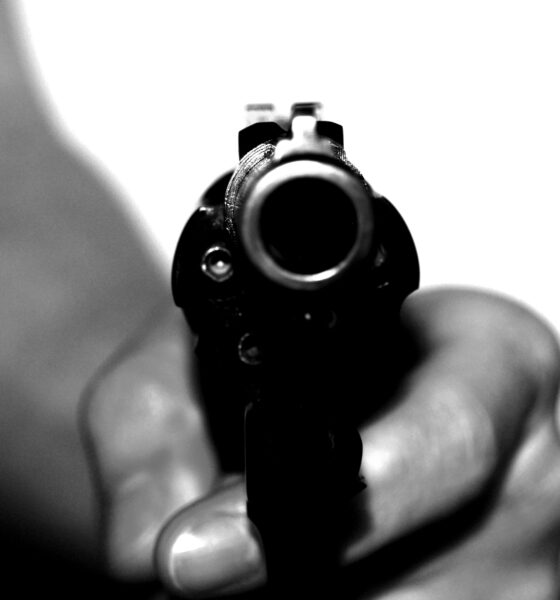 Climate-scientists and criminologists make strange bedfellows. And things could get stranger still if getting tough on crime means getting tough on the causes of climate-change, writes Gavin Smith.

Several recent studies have set out to muddy the already murky waters of criminology by suggesting that global warming and lead pollution have both contributed directly to increased crime levels.

So how convincing is the case for the mugger who begs mercy from the court as he comes from a broken ecosphere?

Earlier this year, Mother Jones asserted that lead was so unpleasant a pollutant in its heyday that it created a prolonged crime wave in the developed world.

A heavy metal toxic to numerous organs and tissues, lead is able to pass through the blood-brain barrier and is implicated in intelligence deficits, poor impulse-control and social alienation. It is particularly harmful to the developing neurology of children to the extent that the US Centre for Disease Control (CDC) decreed that there is no minimum safe limit for exposure.

Lead was used to help paint resist decomposition throughout history and up to the 20th century. Tetraethyl lead was also used to regulate the ignition point of petrol, raising the octane rating of relatively cheap fuel and reducing engine wear for the gas-guzzling cars of the post-war decades.

In 1993, New York found itself in the grip of a violent crime wave, murder rates having quintupled and robbery rates multiplied 14 times in 30 years: the ‘broken windows’ doctrine of crime reduction was applied with vigour.

If minor transgressions were tackled firmly and consistently by a rejuvenated police force, it was proposed, then rates of serious crime would fall.

By 1996, according to the New York Times, ‘broken windows’ appeared to be fixing the city, with robbery down by 42% and murder by 49%. The trend continued – despite a much dreaded blip in the young adult male demographic – resulting in 75% less violent crime by 2010. So far, so good for criminology; or so it was supposed.

According to Mother Jones, research by Reyes, Nevi and Mielke suggests the fall in violent crime owes more to the Environmental Protection Agency (EPA) than to the New York Police Department (NYPD).

Plotted on a graph, vehicle lead emissions formed an inverted ‘U’, quadrupling from the 1940s to the 1970s then plummeting with the introduction of unleaded fuel. Violent crime rates formed exactly the same profile, albeit offset by 20-odd years and spanning the 1960s to the 1990s.

Matching statistical curves are beguiling, but is there a causative link? The researchers think so, whittling the level of detail and correlation down, in Mielke’s case, to the level of individual city districts.

Speaking in The Independent, environmental chemist Dr Neil Ward cautioned that, “behaviour is a very, very complex phenomenon and is not just chemical.”  There is always scope for cause and effect to be reversed, he added, suggesting that young children were more likely to gnaw at lead-contaminated woodwork because they were dysfunctional.

The debate is very far from academic given lead’s environmental persistence. Leaded petrol residues remain in soil in concentrations proportionate to historic traffic levels, and become airborne in dry weather.

Nor is our reliance on lead a thing of the past. In a recent letter to The Economist, Andy Bush of the International Lead Association pointed out that it is very far from ‘tantalisingly close to death’, being an essential component in current car batteries, both conventional and hybrid-electric, and in back-up infrastructure for power grids.

Bush said, “The unique properties of lead have seen it develop into one of the most essential and sustainable substances for any future thriving green economy […] Lead arguably has the highest recycling rate of any major commodity at greater than 90% in developed countries.”

The future cultural effects of industrial toxins in rapidly developing countries with corrupt, lax or non-existent regulation remain to be seen.

Having compared weather data with FBI crime records over the last half-century, he predicted a bonanza of additional offences in the USA up to 2099 if there is a 2.8C temperature rise, including “an additional 35,000 murders, 216,000 cases of rape [and] 1.6m aggravated assaults.” The clean-up cost comes in at $20-60 billion.

Naturally, caveats abound. Different crimes flourish under different conditions. High temperatures promote crimes of violence, whereas clement weather simply permits more casual crime as it would any other outdoor activity. Historically, peaks of crime in hot weather have been offset by dips in foul weather, but the overall balance is changing in favour of ‘permissive’ weather.

As with the reports on lead, the author felt justified in stating a causal link because the data matched so precisely, and was replicated in small towns and big cities, in the US and elsewhere.

The wheat from the chaff

Teasing out a clear case from the background static of confounding factors and competing and mutually uncomprehending scientific disciplines is tricky. Could these studies prove sharp enough to cut this Gordian knot?

In Mother Jones, Kevin Drum arguably conflates violent crime with the full spectrum of crime. Lead poisoning may certainly play its part in violence, but crime itself is more complex than his analysis suggests.

In the UK alone, police numbers rise and fall not according to crime figures but according to government finances. Ways and means of recording crime are highly sensitive to the number of cops available, able and willing to catalogue and tackle offences. Numbers can be opaque.

If armed robberies are deemed crimes of violence, have they fallen out of fashion because of the decline of lead pollution, or because payrolls and banks now prefer electronic transfers to the cash movements of yore? The felons have certainly adapted, as the explosion of online crime testifies, and toxic childhoods are unlikely to account for much of that.

Economic and technological changes also shift the goalposts. In the late post-war era, the British, like other westerners, experienced a massive surge in the consumer economy, electronic goods for example dropping in price and booming in availability. When value and availability found the right ratio, VCRs and big TVs became catnip for burglars. Now values are relatively low and availability high, such crime is less worthwhile and so arguably less common.

Crime spikes can also be culturally specific. India has experienced a much-publicised surge in sexual violence. Extreme heat and pollutants – while they are abundant – are a far less likely cause than the legacy of ‘dowry deaths’ or selective infanticide.

While Mother Jones and Matthew Ranson may not have all the answers, their case that social upheaval can flow from damage to the ecosphere seems irrefutable. It could also be argued that mass toxic derangement and overheating American tempers make small beer compared to what could unfold.

Mass migrations from flooded coastal regions and creeping desertification; a surging fear of calamity fuelling religious extremism; the exposure of over-nourished westerners to food shortages; the spectre of mass famine in the developing world; brushfire wars to secure resources as basic as water: The potential for all manner of crime is vast.

Deprivation doesn’t automatically spawn theft – crime in the UK (of which the majority is acquisitive) has fallen by 29% since 2003, while unemployment has nearly doubled. But in extremis, forced resettlement of different nationalities following cataclysm has a grim legacy, even in Europe’s recent history.  ‘Crime’ doesn’t begin to describe the possibilities.

A degraded ecosphere with all that entails is highly likely to engender crime, but no problem or solution exists in isolation. Confounding factors can’t be wished away because they mar the beautiful lines of a working model.

Yet even if the cost of climatic degradation is moot, the cost of inaction is patently higher and by a margin that doesn’t persuade but compels.

Gavin Smith is a freelance writer and a former police officer and editor of policing magazine Constabulary. He is currently working on his second novel and building a property portfolio. His first novel, ‘Bright Spark’, is available for the Amazon Kindle.