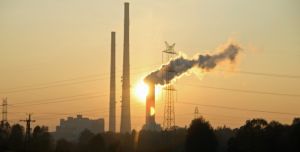 CO2 is already in the atmosphere naturally, so why are emissions from human activity significant?

If CO2 is already part of the atmosphere, why is it important to limit emissions? is one of the questions the Royal Society seeks to explain.

CO2 is already in the atmosphere naturally, so why are emissions from human activity significant?

Human activities have significantly disturbed the natural carbon cycle by extracting long-buried fossil fuels and burning them for energy, thus releasing CO2 to the atmosphere.

In nature, CO2 is exchanged continually between the atmosphere, plants and animals through photosynthesis, respiration, and decomposition, and between the atmosphere and ocean through gas exchange. A very small amount of CO2 (roughly 1% of the emission rate from fossil fuel combustion) is also emitted in volcanic eruptions. This is balanced by an equivalent amount that is removed by chemical weathering of rocks.

The CO2 level in 2012 was about 40% higher than it was in the nineteenth century. Most of this CO2 increase has taken place since 1970, about the time when global energy consumption accelerated. Measured decreases in the fraction of other forms of carbon (the isotopes 14C and 13C) and a small decrease in atmospheric oxygen concentration (observations of which have been available since 1990) show that the rise in CO2 is largely from combustion of fossil fuels (which have low 13C fractions and no 14C). Deforestation and other land use changes have also released carbon from the biosphere (living world) where it normally resides for decades to centuries. The additional CO2 from fossil fuel burning and deforestation has disturbed the balance of the carbon cycle, because the natural processes that could restore the balance are too slow compared to the rates at which human activities are adding CO2 to the atmosphere. As a result, a substantial fraction of the CO2 emitted from human activities accumulates in the atmosphere, where some of it will remain not just for decades or centuries, but for thousands of years. Comparison with the CO2 levels measured in air extracted from ice cores indicates that the current concentrations are higher than they have been in at least 800,000 years.