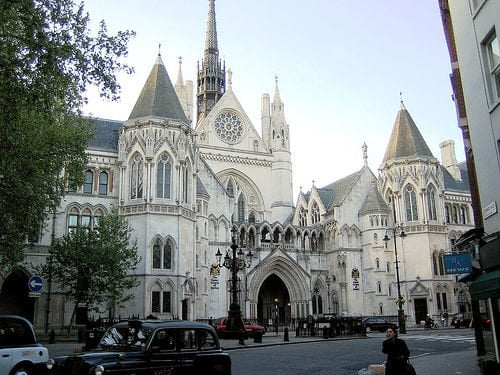 The Sentencing Council, the body charged with setting out sentencing guidelines issued to all of the judiciary of England and Wales, recently held a consultation to develop definitive guidelines in the context of environmental offences. Nicky Stubbs looks at what this means for future perpetrators of environmental crime?

The consultation, which was launched in the Spring, had a number of aims that were taken into account by the council. It included defining the principle factors that make an environmental offence more or less serious, additional factors that should influence the sentence and, of course, the appropriate sentences to be handed down by the courts to deter, punish and rehabilitate offenders.

But does this necessarily mean that the judiciary had previously turned a blind eye to environmental offences?

A bill which came into effect late last year removed the limits on financial penalties that can be imposed by the Magistrates’ Court, but Magistrates previously had restricted powers in terms of monetary penalties; a maximum of £5,000 for most offences. Magistrates could however, impose financial penalties of up to £50,000 for environmental offences without sending a case to the Crown Court for sentence, where the sentencing powers of the court are significantly greater and  there is no upper limit on the fines which may be imposed. This went some way in reflecting the serious view that is taken, both by the Ministry of Justice (MoJ) and the courts themselves.

The criminal justice system therefore takes the view, as one could infer from this, that the overall impact of environmental offences, juxtaposed to public order offences, for example, is much more serious in the context of public interest, and this is reflected in the severity of the penalties.

David Travers QC, a leading barrister in environmental law and visiting professor at the Business Accountability and Responsibility Centre at the University of South Wales, spoke to Blue & Green Tomorrow about the current judicial viewpoint of environmental crime.

“It used to be said that committing an environmental offence is not like going up to someone in the street and punching him in the face because there is no identifiable victim. That was used to justify the assertion that environmental offending was somehow not properly a matter for the criminal courts. That view is fading as the importance of the environmental as something which benefits us all, and which the state has a duty to protect is increasingly recognised. At the heart of environmental regulation is the notion of sustainable development; enabling the present generation to meet its needs without compromising the ability of future generations to meet theirs. “

He said that in order for criminal prosecution to proceed, there does not necessarily have to be an apparent impact on the environment.

“This is about protection rather than punishment, so for some offences there does not actually have to be an adverse outcome – the court has to consider how serious the risk was.”

There are current guidelines which set out the factors to be taken into consideration when sentencers are determining sentence; a document published in 2009 by the Magistrates’ Association, Costing the Earth: guidance for sentencers, sets out the basic principles of offences and the result of the consultation will no doubt build on these principles in order to give a more consistent and transparent approach to sentencing.

Travers added, “Consistency in sentencing is exceptionally difficult to achieve, not least because the range of offences, the differing factual circumstances and the differing defendants. The aim of the guidelines is to help achieve a balanced and consistent approach to the very challenging problem of sentencing environmental offending.”

The sad fact is that environmental offences are still being committed, but it is to the credit of the justice system and the sentencing council that these are being tackled by our justice system head on. We no longer live a world where economic benefit takes precedence over the basic principles of justice that democracy is founded upon, because we are no longer ignorant to the challenges that pose a threat to our planet.

In the previous guidelines, Lord Justice Sedley wrote, “[…] environmental crime, if established, strikes not only at a locality and its population but in some measure too at the planet and its future.”

You wouldn’t go up to someone in the street and punch them in the face – the consequences to follow would be severe – so why would you do the same to the planet? Either way, perpetrators of crime are bound to law, and justice will prevail.