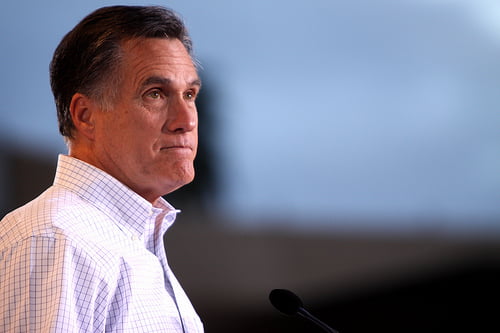 Mitt Romney is almost certain to be the next Republican Party presidential candidate. But what if he wins? Can the US, governed by Romney’s Grand Old Party, seriously strive for the sustainable future the world needs? Charlie Wood finds out.

The Republican National Convention kicks off on Monday in Tampa, Florida, and former Massachusetts governor Mitt Romney will be confirmed as the Grand Old Party’s choice to take on President Obama in November. As the Republican primary process unfolded, the platform upon which Romney will run has become somewhat clear – he is for an across-the-board 20% income tax cut, he has vowed to repeal and replace the Affordable Care Act (AKA ‘Obamacare’), and he has pledged to defund some federal programs of a socially divisive nature, such as Planned Parenting. Romney’s views on environmental sustainability, however, are still something of a mystery, and thus prime for investigation.

This assessment must be prefixed with an outline of the vagaries of governing in the United States. If Romney were to win the general election (and it is a very large ‘if’), he would be in control of only one of the three branches of government – the executive. It seems increasingly likely that the congressional branch, made up of the House of Representatives and the Senate (similar to our Houses of Commons and Lords respectively, but with a much more powerful Lords) would remain, as they are now, deadlocked.

As it stands, the Republicans control the House, and the Democrats control the Senate, and this is unlikely to change – if anything, the Democrats may take back the House. If this remains the case then the president, as Barack Obama has learned to his chagrin, will find it immensely difficult to force through any legislation, and the sustainability may be kicked even further down the road.

Also, as Romney learned to his undoubted cost in the case of the Affordable Care Act, the judiciary, helmed by a conservative-led Supreme Court, does not always do what is expected of it. These factors could easily lead to a legislative ‘log-jam’ in a potential Romney presidency, forcing him to concentrate his efforts into one thing – the economy – and be damned with all else. In these circumstances, we can only speculate upon what a President Romney would do for the environment if he had a free hand, and speculate we shall!

Politicians say they like to run on their records, and not from them, so Romney’s time as governor of Massachusetts is a good place to begin. At first glance, it seems that Governor Romney’s green credentials were sound: early on in his tenure he waged war on “dirty power plants“, insisting on tough emissions standards for coal producers, and negotiated the Regional Greenhouse Gas Initiative (RGGI or ‘ReGGIe’) in support of the regulation of greenhouse emissions.

However, the political price of this initiative forced the governor into a U-turn when, after lobbying for a cap on penalties to businesses that exceeded stated emission levels, he pulled out of RGGI in 2005. The governor also opposed the Cape Cod wind farm proposal in 2006, citing the visual detriment to the area.

It seems fair to conclude from these instances that Governor Romney paid lip-service to the cause of sustainability, but could not summon the political will required to be thought of as ‘green’. Candidate Romney, as he has been since his failed attempt at the big job during the 2008 presidential cycle, has employed markedly different rhetoric.

While it is true that Candidate Romney has championed renewable energy sources such as bio-diesel, biofuel and ethanol, and has conceded (unlike some in his party) that global warming is at least partially man-made, he also opposes Kyoto and Cap-and-Trade, noting in his 2012 book, No Apologies, that “if developing nations won’t curb emissions, even extreme mitigation measures taken by the United States and other developed nations will have no appreciable effect on slowing the rate of greenhouse gas emission“.

This position is not outside the mainstream of Republican orthodoxy. It is true that many of Romney’s views would be to the left of his colleagues. The more pertinent problem with candidate Romney’s green credentials is his campaigns incessant need to use President Obama’s green agenda as a stick to beat him with. On his official website, a full page is dedicated to highlighting the president’s “wasteful spending on failed energy policies“, repeatedly quoting the figure of “$90 billion earmarked for clean energy efforts in the recession-fighting stimulus package“.

As regards funding, the now defunct solar cell manufacturers Solyndra, and drawing attention to the relative disappointment felt towards the administration regarding sustainability, they may have a point. However, a breakdown (supplied by the New York Times) of the $90 billion  includes $3 billion for research and development into carbon capture, $10 billion for grid modernisation (including smart meters), $18 billion for fast trains, and a whopping $29 billion for energy efficiency, much of it to homes of low earners.

If candidate Romney believed, as Governor Romney stated in 2007, that “we must use America’s power of innovation to develop alternative sources of energy and technologies that use energy more efficiently“, then he would surely embrace these initiatives, instead of castigating the president to score cheap political points.

The politically poisonous charges of ‘Flip-Flopper’ and ‘Waffler’ have been levelled against Mitt Romney during this election cycle, as they were against John Kerry in 2004. Regarding his green credentials, there is evidence to suggest Romney talks a good talk, but refuses to walk the walk.

If elected president, Romney will lessen America’s dependence on foreign oil in the short term, by sanctioning the construction of the Keystone pipeline and drilling for oil in the Arctic National Wildlife Refuge (ANWR). It seems unlikely, however, that either he, or his running mate, congressman Paul Ryan, will seriously strive for the sustainable future the world needs.

If a Romney presidency became enmeshed in economics and foreign affairs, and the responsibility for the environmental portfolio fell into his VP’s hands, then we had all better hold on to our hats. Congressman Ryan’s pronouncements on climate change include the belief that scientists have tried to “intentionally mislead the public“, and his voting record in the House suggests he has neither the time nor the inclination to tackle environmental  issues.

Members of the environmentalist lobby who are frustrated with the efforts of the current administration have been forewarned – the grass is no greener on the other side.