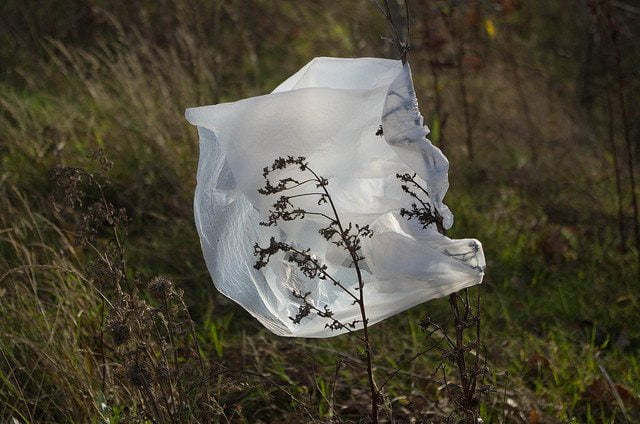 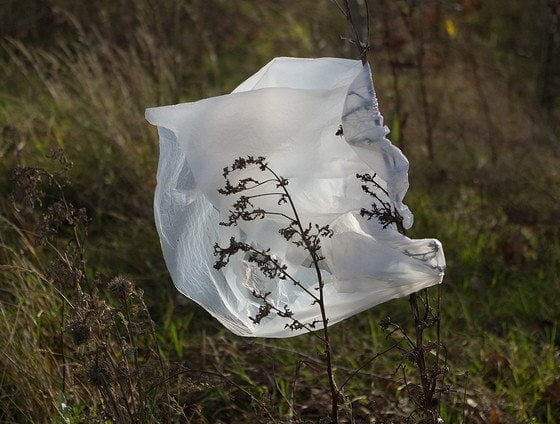 The Environmental Impact of One Trillion Plastic Bags

Plastic bags are everywhere. Two million bags are used every minute, and it’s common to find piles of them in people’s homes, waiting to maybe someday be reused.

Because they’re so convenient and are given out for free, they’ve become so customary we don’t think of them as worth anything. We often use more than we really need to and hardly think twice about it. But there’s a hidden cost. And that cost can have a huge effect, especially since we use so many, up to one trillion per year.

High-density polyethylene was first created in 1953. In the 1960s, employees at Celloplast used it to design what has become today’s ubiquitous plastic bag.

What Happens to Them

Today, we have so many plastic bags we don’t know what to do with them. Some of them are reused as trash bags or to carry miscellaneous items. Others are recycled, but less than 1 percent of plastic bags sent to a recycling plant get used in a recycling project.

Many others end up in landfills, where take hundreds of years to fully decompose. Millions of bags litter the ground, getting stuck in trees or floating in our waters. An estimated 300 million end up in the Atlantic Ocean each year.

Plastic bags can harm animals, both on land and at sea. Animals often mistake them for food, ingesting them and sometimes choking on them.

Sea turtles frequently mistake them for jellyfish. Plastic ingestion has been documented in 56 percent of cetacean species, a classification that includes whales, dolphins and porpoises. Marine birds often bring bits of plastic back to their young for food. One study found plastic in the stomachs of 97.6 percent of deceased Laysan albatross chicks, a bird that nests in the Northwest Hawaiian Islands.

Marine animals can also get entangled in plastics, which can keep them from eating and breathing properly and trap them. Patches of plastic debris can also carry species across ocean waters to new habitats, which may threaten biodiversity if those species are invasive. A 2002 study found that on 30 remote islands, plastic debris doubled the chances of this kind of movement of species, called rafting.

How Plastic Bags Break Down

Standard plastic bags don’t actually biodegrade, they photodegrade, meaning they’re broken down by sunlight. When they do break down, they break down into smaller and smaller pieces.

Eventually, they become microplastics, plastic debris smaller than five millimeters long. These microplastics are easily ingested by marine life of any size. They then make their way up the food chain, often finding their way into the stomachs of people.

What Can Be Done

In order to mitigate the effects of plastic bags on the environment, governments around the world are introducing bans and taxes on them:

Other countries, states and cities have followed suit with bans and fees, while others have ramped up recycling programs.

However, representatives of the plastics industry and others, even some environmentalists, say that plastics should not be banned and that the alternatives are even worse for the environment. According to a study by the UK Environment Agency, plastic bags are actually the most eco-friendly option if they’re reused at least once.

This is because they are the least carbon-intensive to manufacture and distribute. They’re easy to produce, and their size and compactness make them convenient to transport. People also treat reusable bags as less than reusable. They tend to throw them away or opt for plastic even though they have reusables lying around. Because they cost so much more to produce, they need to be used many times to even out their environmental impact.

Plastic bags have undeniable environmental effects. They become litter, end up in the oceans and can harm animals. Bans and taxes can help reduce plastic bag use. Recycling programs can reduce their negative impacts.

These measures won’t have any effect, however, if people don’t change their habits. Reusable bags need to be used many times over in order to reap their environmental benefits. Only buying as many bags as you need helps as well by reducing the amount that must be produced. Ultimately, we have to change the way we use bags, plastic, paper and otherwise, if we want to reduce their negative environmental impacts.