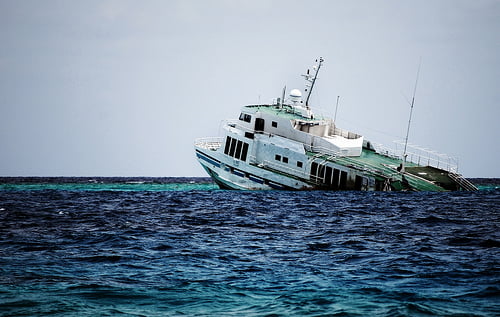 The survival of the eurozone continues to dominate the headlines with the bailout of Spain’s banks, and Italy and Cyprus looking to be the next countries to ask for help.

Meanwhile, the European Commission is busying itself with complex legislation for a pan-European low-carbon economy and targets for the uptake in renewable technology. Given the economic situation today and the eurozone’s record all-time high unemployment rate, it seems pretty clear to me that such complex policies are luxuries, not essentials for the UK and EU.

Firstly, as we are witnessing on a daily basis, EU-wide policies are not necessarily the best way forward at the current time. Secondly, the focus is all wrong: rather than pursuing carbon savings, we should be looking to cut energy waste through energy efficiency measures.

The European Commission, however, is set on standardised carbon reduction policies that seem designed to meet political rather than consumer needs. The problem is that there is a fundamental flaw in the data on which their policies are based: their policies rely on the results of product tests that were carried out in idealised conditions that enabled existing product technologies to meet A-rated European harmonised standards.

Take, for example, gas boilers. They are sold to consumers as being over 85% efficient, but this figure is a maximum efficiency achieved under laboratory conditions (i.e., operating at lower temperatures and half load) and rarely achieved in real conditions.

UK Building Regulations downgrades these efficiencies from band B to band C but the UK government does not properly inform the public. Why not? Maybe because they feel it better to go along with the European philosophy of overselling their achievements to promote their own self-interests even though this means hoodwinking the public.

It would be far better, then, to focus on reducing energy consumption which would lead to both lower fuel bills and real carbon savings – benefitting the consumer as well as the politicians.

However, at no time did the Commission agree to energy reduction targets. Can you imagine Angela Merkel promoting the European energy generators on the notion that they should sell less energy? That’s clearly ridiculous and at no time have the energy companies been put under any real pressure to actively reduce energy sales – which is what they really need to do in order to successfully reduce carbon emissions.

Today it’s like the captain of the Titanic (that’s the good ship Europe) telling his passengers to go back to their cabins as all is under control. Nothing could be further from the truth.

Let’s be clear, the European ship is seriously holed below the water line and the advice should be to man the life boats as each country has to row its own boat. I think it’s high time that we prepare for the worst and hope for the best. Pretence of continued bureaucracy masking the real emergency would be like drowning in our beds.

Improving energy efficiency would be a cost effective, straightforward method of stabilising the UK energy markets and would simultaneously avoid putting consumer energy bills at the mercy of EU policy makers.

At least the UK government appears to be taking a stance in the energy debate, looking set to clash with the EU over the unrealistic 2020 renewables targets. The next step is for it to listen to experts in the energy sector, take a stand and simplify legislation for the sake of the homeowner – even if that means risking the wrath of the powerful energy giants.

By focusing on improving energy efficiency, the government can both simplify legislation and secure the energy market at home, avoiding ‘going down with the ship’ as EU-wide energy policies continue to falter.