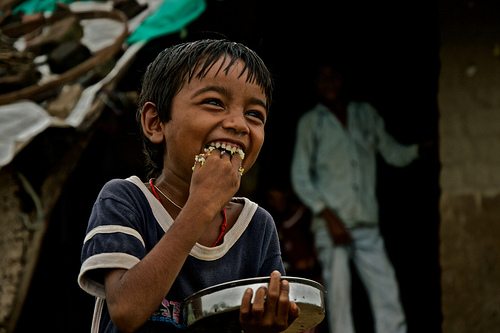 According to the World Food Programme, “People are considered food secure when they have all-time access to sufficient, safe, nutritious food to maintain a healthy and active life.” The world does not only need to be food secure but also food available.

Feeding the world in the next century is perhaps the greatest challenge that confronts the future generation. The problem of the growing population only becomes more evident as the hunger rate rises unprecedentedly.

Most of the food found in the supermarket is the product of an untenable food system. The food is dependent on overseas soil, polluted water and it has caused disease outbreaks, and worse, may be robbing your future grandchildren of the ability to grow food at all.

The struggle is getting real

Based on studies, at least a billion of the seven billion people on Earth are undernourished. In Asia and Africa, where growth rates far outstrip the annual global average of 1.17%, population continues to rise.

In some countries, like India, for the GDP growth to translate into real employment generation will take decades. While the journey of GDP growth to employment generation and poverty eradication is an ongoing process, we should remember that a hungry man becomes insubordinate not when he’s hungry but when he sees himself hungry and a segment of society getting more successful every day.

No food security or employment guarantee scheme can lay the underpinning of a sustainable development and prosperous nation, but they can ensure that the basic needs of the people are addressed. The Food Security Law in India does not at all guarantee each mouth will be fed properly and sufficiently.  However, it ensures that efforts will be made to keep feeding mouths as close to necessary as possible.

Numerous aspects of food security are contingent directly on environmental conditions including weather and climate; among them are food production and efficient distribution systems.

Remarkably, December 2013 marks the 346th consecutive month of above average global temperature. The growth in agriculture this century is also unparalleled due to the growth of new technologies to increase crop yields.

However, climate unpredictability causes significant fluxes in crop yields and output. On top of that, day-to-day variations in weather which manifest themselves in the form of hurricanes and typhoons, floods and dry spells often lead to mass displacement of populations and cause damage to food production systems, resulting in food shortages and famine.

It is also notable the reasons behind tree decline. Only a few take the blame to it, making it a pretty dire issue. As some experts say, trees and plants are the future solutions to world hunger. Remember, nature does not negotiate, people do.

Frequently, consumers are regarded to hold power but to stop being a number in the consumer line is more compelling. Deciding not to support the industrial food system is the start of sustainable consumption. The difficulty is that we are detached from the origins of our food. So while we may appreciate that buying organic is key, organic is now just as commercialised as conventional foods.

In this case, corporations are at the forefront of combating food shortage as part and parcel of their corporate social responsibilities. Organisations such as Oxfam aim to promote food security all over the world. Mitigating food shortage is no easy task. In fact, a widely suggested yet unwise solution to meeting the world’s food needs is to simply produce more food.

A report, though, entitled Rising to the Challenge of Changing Course to Feed the World in 2050 and based on a review of recent economic studies by researchers, finds that demands to double food production by 2050 to feed a projected population of 9 billion are based on faulty forecasts and deceptive reports of recent research. It has been reiterated in past literatures that climate has a lot to do with food supplication. Thus, it is overbearing for companies to invest in agriculture, especially natural resources that produce higher yields and achieve global food and nutritional security.

It is noteworthy that agriculture currently requires 70% of the entire world’s freshwater to produce the food necessary to feed a growing population. What needs to be done is to invest in better crops, better nature and a better world. Exploring other food options that are high in nutrition but are easy to produce, may also fill in the gaps in food security.

True to form, feeding the world in the next century is an enormous task. This responsibility is highly likely to be shouldered by the first world countries in aid of the third world ones. Will problems arise in the future with regards to food security? Such must be the responsibility of the feeders as well as the one who shall be fed.

The continuous effort to feed the make the world sustainable has brought about immense research and studies to further the goal of first world countries. Thus, the global community can only expect so much in the future.

Kimberly Grimms is a futurist and writer.