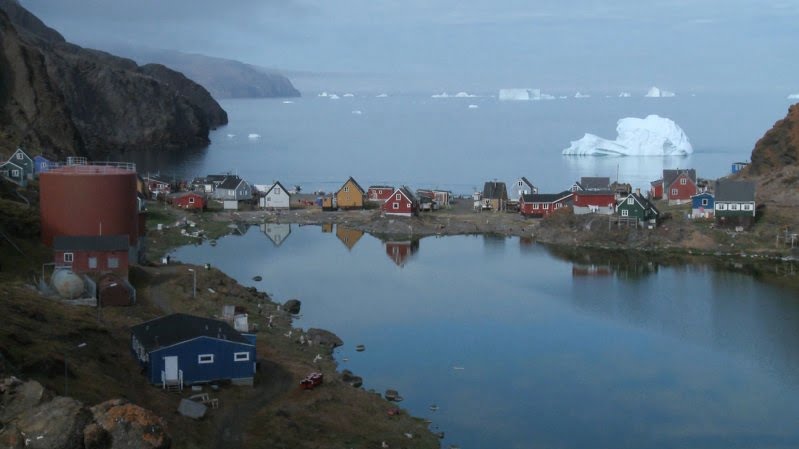 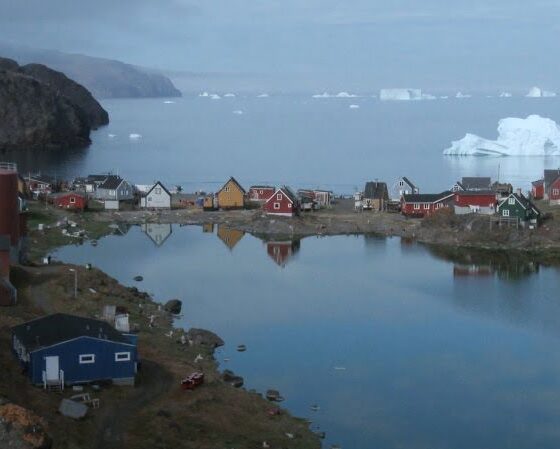 Film review: Village at the End of the World

Climate change is likely to bring about massive transformations unless we act to create a more sustainable society. The developing world is least culpable for the mess we’re in, but most at risk by the impacts. The people of Greenland, in particular, know how unjust this fact is.

Village at the End of the World, a documentary film by Met Film Production, opens up the lives of Greenland’s largely Inuit population who live in the most remote settlement in the world: Niaqornat.

The film opens with a number of children’s faces locked on their a teacher. We are invited into their lesson about Genesis, the first chapter in the Bible.

“One day God appeared and said to Noah, I will send a flood to wipe out all living things from the face of the Earth.”

Brief snapshots of the Inuits’ lives follow, showcasing how a community of just 59 individuals gets by. A team of men pull a shark onto the shore; young adults learn how to gut seals; and children collect stones whilst groups of huskies and malamutes howl up the ice whipped sky.

Life feels slow; parents’ faces fill with concern; children sit restless. Something has happened within the village; something has hindered their community spirit.

“As the sea levels rose, all of the people and animals tried to escape to higher ground. Finally there was no Earth or people to be seen.”

The school teacher writes on the board, “What is our future?”

Sarah Gavron, director of the documentary, explores this question in The Village at the End of the World, and finds that the answer could well be an unsettling one.

Admittedly, it’s hard to imagine a sad life here. The village is picturesque; something out of a dream. Quaint houses are covered in blue, yellow and red paint. Large, dry mountains surround the village, and where the mountains stop, cold water and vast ice caps take over.

But we find out that the village is at risk. The heart of the community, a fish factory, has been shut down, forcing locals into unemployment and making their sheer existence a struggle.

Families are moving to the nearest towns, in the hope of finding work, pushing Niaqornat further into danger. If the village’s population falls below 50, the entire community may have to be relocated.

The film ties together the lives of three warming, diverse characters. The first to be introduced is Ane Kruse, the oldest woman in the village. She lets viewers into the changing life of the Inuits, explaining how a village that once operated on nothing more than burning seal and whale blubber and community spirit, had slowly dissolved into families scattered across towns.

She admits that she is scared of being left behind; abandoned.

The next inhabitant we meet is Lars, who makes it clear how the village makes for a very lonely life for teenagers.  There are no internet cafes or restaurants or many girls, he explains; just the shop in which he works.

This simple life is reflected within the answers that the school children provide when asked about their career desires. Most said, “Working at the shop.” Other answers included becoming fisherman and one wanted to become a pilot. The teacher’s reply to the latter was that the child would need to leave the village to achieve such a goal.

Lars also explains how suicide in the village had increased, while showing viewers a music video of a group of rappers expressing the difficulties of Greenland life.

He is poised by Google maps: a blessing yet a burden that shows him the wonders of New York. His eyes are fixated on the brightly lit advertisements, people dodging between yellow taxis, suits, briefcases and a never-ending line of restaurants and bars.

The western world has showcased to Lars that he can have more, and its heavy influence is branded across his t-shirts and through his choice of music. It has fed his unhappiness in life; it has made him want more and want better.

Another life we follow is that of Ilanngauq, an outsider who moved into the village after meeting his wife online. We follow his journey as a sewage collector. He is another one concerned for the village’s future and said in the film, “If the village continues with its resources, it will run out. The village will close down.”

We see his life turn around, though. Capable of speaking both English and Danish, he acts as tour guide to the cruise ships that bring tourists into the community. This represents a glimmer of hope for the village, with tourists purchasing seal fur lined purses and hand painted plates.

Hunting is still the main driving factor behind the survival of the village, where hunters are said to “travel the waters not knowing if they would return.”

But the impacts of climate change have taken their toll on hunting in Niaqornat. The ice has become so thin that it’s now extremely hard and increasingly dangerous.

“The ice has become much thinner, so hunters are losing their lives”, says Ane. She explains how seeing polar bears was once a regular occurrence; but not anymore.

The villagers’ chance of getting valuable food resources has become hindered by the disappearing frozen sea ice.

Throughout the documentary, we see the village spirit ignite, pitching together to save the fish factory – in a fight to allow the community to become its shareholders. They wrestle for the heart of their community to pump once again.

You’ll have to watch the film for yourself to see if they succeed or not.

The Village at the End of the World is out today (Friday May 10) in UK cinemas. See here for screenings near you.