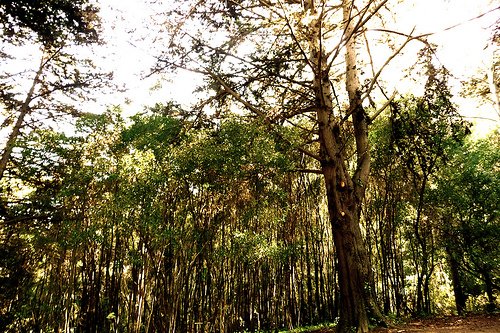 Yesterday, we published the first part of an interview with EcoLabs founder Joanna Boehnert. In response to a Blue & Green Tomorrow article about free markets (Free markets need to be free), Boehnert said on Twitter that it “[failed] entirely to deal with the problem that free markets systemically devalue the ecological wellbeing“. We asked her if she thinks the free market is therefore unsalvageable, and this was her response.

I am not against all markets absolutely. What I am absolutely against is misinformation, so it is important to note here that there is actually no such thing as a free market.

Every market in the world has ways of working that was designed into the market, i.e. parameters that are predetermined. So-called free markets suit the interests of those who have the political power to design the terms of the market.

What we have is a political and economic system that is neoliberal and capitalist. The idea of free markets is an obfuscation.

It is obvious that a system that prioritises profits over all other factors consequently deprioritises other values, such as social and ecological values. For this reason, capitalism systematically undermines environmental concerns and social justice.

I have written about how this dynamic impacts the design industry in my paper Design vs the Design Industry.

People concerned with social and environmental issues attempt to build organisations and social movements to address the destructive impact of industrial growth and resist the encroachment of the market into spheres where its logic is harmful.

Due to the increasing concentration of wealth and power (and the corruption that inevitably comes with this concentration of power), it is becoming harder to exist outside of the terms set by market forces. Profits are created from the exploitation of nature and so environmental problems will continue to become more severe unless we are able to stop this very dangerous trajectory.

If the free market took into account externalities such as the value of the natural environment, the cost of pollution and scarce resource use, could it be made to work?

Again, I need to contest your use of the term ‘free market’. Environmental theorists shoot themselves in the foot by reproducing these ideology laden ideas.

The so-called free market has been designed to serve certain functions and interests. People who are serious about dealing with environmental problems need to think critically about the priorities that are written into market processes.

The concept of a free market is a misrepresentation of what is going on in our political and economic system. In any case, even if we were to factor in environmental costs into the market, our economic and industrial system would still continue to destroy the environment.

As I have explained in a recent paper titled Re-Imaging the Commons as ‘The Green Economy’, accounting for ecological externalities and natural capital will not work to stop the continuing over-exploitation of the natural world.

There are strong philosophical, methodological and political reasons why financial valuation of nature will not work to conserve the nature – although this project has significant prospects for profitability for corporations and the financial sector (over the short-term).

I will present it at the International Environmental Communication Association’s 2013 conference, Participation Revisited: openings and closures for deliberations on the commons, in June in Sweden.