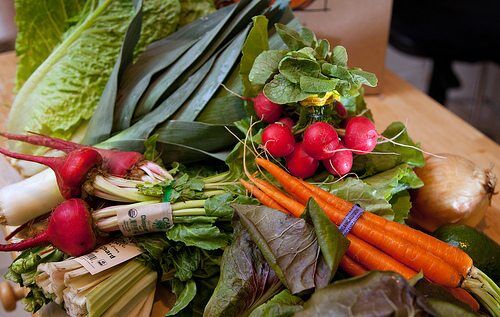 The Future of the Organic Foods Market

Organic foods have been a huge player in this decade. They’ve transformed the way people look at the environment and encouraged greater social responsibility on the part of the private sector.

The benefits of putting foods at the center of the consumer industry are vast and varied, and they’re likely to stick around.

The genetic engineering of plants that bring us food will always be a primary source in the human food chain. As much as people might prefer things to go a different way, scientists believe that modifying plants with pesticides and chemicals is the best way to speed the growing process, increase output, and make the final product more appealing.

In truth, approximately 93 percent of our fruits, vegetables, and other fresh food is genetically modified, and more than 75 percent of processed foods contain GMOs. That leaves about seven percent for organic food growth.

The number sounds small, but it’s growing as consumers perceive the benefits of eating foods that have not been altered. Organic foods have made their way into every venue, from bottled baby foods to restaurant cuisine.

Organic Will Continue by Popular Demand

It might be the case that genetically modified organisms grow faster and more fully than their natural competition, but that hardly means organic doesn’t have a future in food sales and distribution. Some believe it will become much bigger in response to the voice of the consumers.

“There still is a huge opportunity to democratize organic and get more organic food in more households across the country,” according to an article in Forbes. “But the brands in the industry cannot go down the path of over commoditising these foods.”

Instead, companies must focus on marketing directly to the people. This will entail describing the value of foods that have been grown 100 percent naturally, and using that unique marketing power to get the consumer’s voice on the side of the organic food companies.

Can Organic Foods Feed Our Future?

The answer to this question is a little tricky. Will organic foods oust GMOs? Almost certainly not.

The efficiency that GMOs have brought to the food production industry saves companies millions every year and makes it easier to grow crops to their greatest potential. It may not be the healthiest option for U.S. citizens, but it’s the cheapest, and will therefore continue.

Despite that, organic foods can still make a big difference in the future of food, and most probably will. It’s a highly profitable sector of the industry, since organic foods are typically priced higher and some people readily pay the premium for this line of commodities.

In the Farming Systems Trial study, the Rodale Institute looked at GMO- vs. organic-based farming methods over a 30-year period. This is the longest comparative study that has been run in the food market, to study significant growth in many areas over recent decades.

Surprisingly to many farmers, organic farming methods came out on top. Specifically, they have the potential to be more profitable, consume less energy, release fewer emissions, are operate more efficiently, require less land, are more adaptable to new regions, and provide greater employment to the community.

The downside of organic farming is that it’s more expensive, and the higher margins required to make a profit could cause consumers to reject the supply. Still, organic farming has great potential to help rural communities because this approach can boost the economy and feed the populace.

From there, it could grow to be the major contributor to our food market, and maybe someday challenge GMOs.