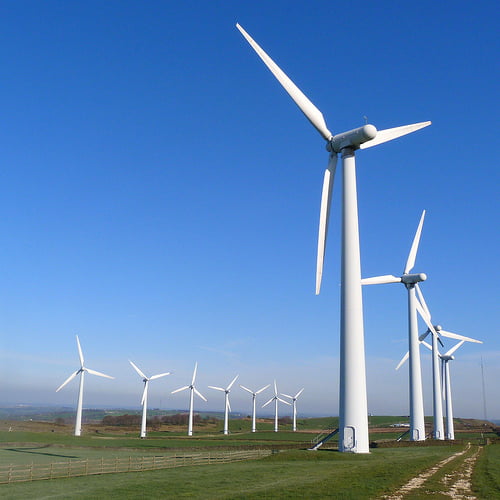 It was touted as the greenest Olympics ever. But with the entire nation glued to the Games, Good Energy’s Ed Gill writes, you’d be forgiven for having missed the seven wind turbines going up and the stringent measures put in place to ensure their buildings achieve the highest standards in energy efficiency.

London 2012 has attracted criticism from green activists for failing to hit its targets. A report by BioRegional and WWF-UK describes how Boris and David Cameron’s pledge to source 20% of electricity used in the Olympic Park from renewables, for example, was not met – they only achieved 9%.

Whether or not the organisers’ aspirations have lived up to expectations, they do make a big statement. By trying to surpass the 2010 Vancouver Winter Olympics and set the green benchmark, this year’s event speaks volumes about changing attitudes.

Having campaigned for many years for the greater recognition of renewables, Good Energy has had first-hand experience of that shift. Set up by Juliet Davenport in 1999 in response to the UK’s woeful record on renewable energy, our goal has always been to empower individuals to make a difference to climate change by switching their home or business to 100% renewable electricity.

The larger ‘Big 6’ energy suppliers followed Good Energy’s lead and all now offer green tariffs. And we’re delighted to be able to say that more and more households are generating their own electricity too. Following the surge in popularity of the Government’s Feed-in Tariff scheme last year, we now support over 40,000 ‘mini power stations’ across the country and supply over 30,000 domestic electricity customers.

But at Good Energy we don’t believe in standing still, and we want to do more. We want to grow as a company, so that we can be a more powerful vehicle for change in the energy market.

Our ambitious new target is to build 110MW of renewable electricity generation capacity by 2016. We’re investigating locations across the country for a range of solar and wind projects to provide us with a balanced portfolio of renewable energy. This will enable us to power more homes, businesses and communities with clean, green energy. It will also play a key part in helping us to keep our prices stable for the long-term.

The new sites will join our existing wind farm in Delabole, Cornwall. This site was originally the UK’s first commercial wind farm, and since it was redeveloped and reopened by Good Energy last year it has gone from strength to strength.

We’ll continue to push for recognition of the need for decentralised energy. We passionately believe individuals, households, businesses and communities are integral to bringing about the change we need. Every person who installs solar panels on their home, each farmer who puts a turbine up in a windy field, every landowner who makes the most of a fast-running stream – they’re all part of the renewable energy revolution.

Now is the time for us to take the next step in delivering what Good Energy was set up to do – to be a force for change, to prove to the doubters that a 100% future is possible and to give people the opportunity to make a real difference.