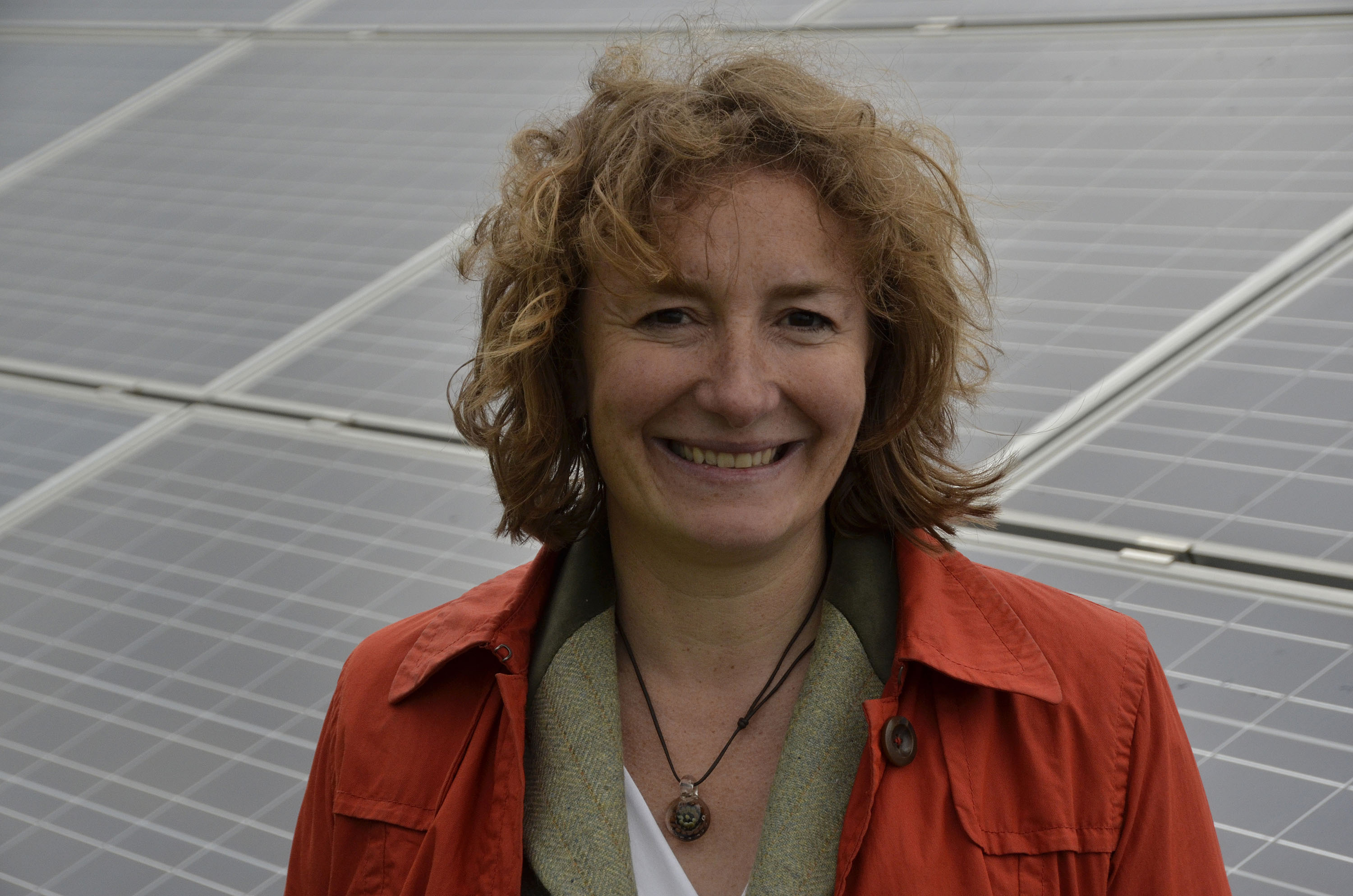 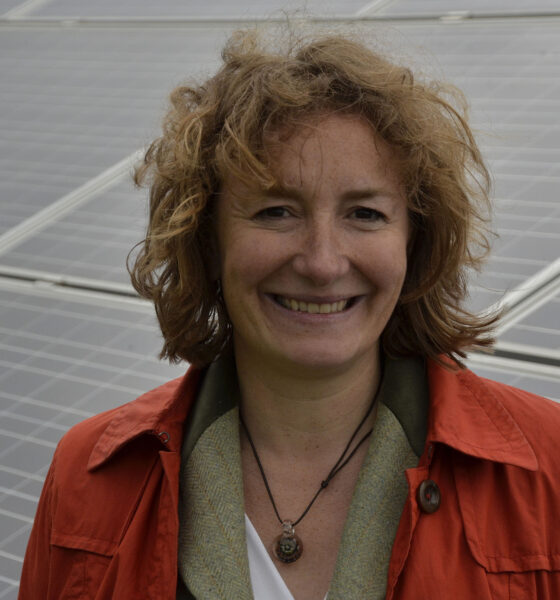 Regular readers will already be familiar with 100% renewable electricity supplier, Good Energy. In the past year, the firm has gone from strength to strength. Its CEO Juliet Davenport brings us up to speed.

Since we last spoke to you for The Guide to Limitless Clean Energy 2012, what has happened at Good Energy?

Last year, we grew our customer base – including our small generators and electricity and gas customers – by around 80%.

And that was driven by a significant number of people getting involved in generating power, from individuals through to social housing organisations. As their feed-in tariff (FiT) administrator, we look after them, checking their meters and ensuring that they get paid for producing renewable electricity.

The really interesting part for us is seeing the social housing organisations investing in solar in their properties, to give themselves a return but also help support their tenants in terms of reducing bills. Good Energy’s flexible service helped underpin this investment, and we hope to be able to support those organisations going forward.

What do you think your very encouraging annual report said about renewable energy in the UK?

I think it’s very buoyant at the moment. There have been some knock-backs, and we’ve seen a change in policy on FiT. But actually, we’re seeing a lot of positivity about the technology and the price of it improving.

There is a growing general awareness that we need to start to make changes on how we use and generate energy, to improve the outlook from a security and climate change point-of-view.

Our organisation is trying to put the customer at the heart of it all rather than trying to be technology led, because any investment the market makes is essentially there to ensure that households and businesses can buy affordable, secure, low carbon energy for the future. Engaging with individuals and businesses on how to solve this problem is a very powerful way forward.

Are renewables in a better position now than this time last year?

The UK has a larger percentage of renewables in our mix now than ever. One day in March this year around 11% of the UK’s demand was being met by wind. At the same time, one of the gas pipelines from Belgium had failed, pushing the price of gas up in the day ahead market and influencing the forward energy price to almost three times the normal value.

For me, this demonstrates precisely why we need a good mix across all different technologies; no technology is secure, as history demonstrates time and time again.

You previously said that one of the key things the government needs to understand is “how the market structure that it’s implementing is affecting the smaller players – the non-traditional energy suppliers”. Does it have a better understanding of this now?

I think the government is still struggling. When we look at the mechanisms that we’re likely to see coming into play over the next couple of years, particularly in the electricity market reform, I think it’s such a massive challenge – even for the bigger players. For the smaller players increased complexity just means increasing the pressures of covering costs across a smaller customer base.

There is some work going on for the smaller players, both suppliers and generators, but it’s still on the margins rather than at the centre.

Our point is that these are potentially the technologies of the future so you’ve got to make sure the market is structured accordingly, and future proofed. Have we moved on? I’m not entirely sure. I’m not confident that we’ve moved on and recent meetings with officials have reinforced that opinion.

The energy bill was published in December. Did the government go far enough for renewables?

We would have liked to have seen a decarbonisation target, because at the moment, there are few signals from governments about the vision for the future beyond 2020 and as such we will begin to see investments slow down until there is.

I know governments have shorter time horizons, but investments take time. We think on five to 10-year horizons. To make that type of planning – not just for the energy industry – but also for the wider industry, it must understand that a commitment is important going forward.

The lack of a decarbonisation target has been picked up by many industry bodies as one of the defining issues to come out of the energy bill. Has it affected consumer confidence?

From our point-of-view, the decarbonisation target is something we think we should be working towards. It would have been good to get it in this energy bill, because it makes sense to do that.

It’s still all up for grabs, and obviously we can still go after it. But in terms of consumers, my answer is no.

What is the primary driver for someone who switches to Good Energy? Is their motivation environmental, financial or a mixture of both?

I think it’s a mixture of both. And there’s another thing up there, we’ve come top of the Which? customer satisfaction survey three times out of the last four years. I think providing good customer service is part of our credibility and ensuring that our staff are trained to be able to answer a range of questions on energy efficiency and renewables is incredibly important.

There is a growing general awareness that we need to start to make changes on how we use and generate energy, to improve the outlook from a security and climate change point-of-view

We also have had stable prices for the last four years. Customers seem to really appreciate that and it’s something we will be working on for the future.

There are probably five or six boxes that different people will tick. But being green is the core part of it.

You recently launched a local tariff for customers who live near Delabole wind farm. What were the drivers for launching this?

We bought the site as the oldest commercial wind farm in the UK, and we repowered it in 2010, installing 4 turbines that generate enough electricity to power around 5,500 homes. This means that the site produces nearly two and half times more than it did before.

In the planning process we held three consultations on that project and met with the local community.  At the events we talked them through the project, and a key feedback was that we got was people asking, “Can we buy electricity from the site? Can you deliver us cheap electricity?”

We didn’t make the commitment at the time, but we agreed to investigate to see whether we could. We launched the Delabole tariff as a result.

Are there plans to roll similar plans out elsewhere in the UK?

Good Energy recently launched a partnership with the National Trust. How did that come about?

We were chosen by the National Trust to be its principal energy partner at the end of 2012. I think they were particularly impressed by our green credentials and reputation for outstanding customer service.

We will partner the National Trust for the next three years and help develop its renewable strategy. Together we hope to inspire people to switch to green electricity, reduce their energy usage and if possible generate their own renewable power at home.

Members and supporters can get involved too. For each household that signs up to our dual fuel tariff via the National Trust, we will pay £40 to the Trust, providing it with an income to invest in energy infrastructure and reduce CO2 emissions at the same time.

One of the things that has been widely mentioned in reports about the deal is the lack of wind power. What were the reasons for not including wind?

The National Trust went to all its properties to see how it could save CO2 emissions with the resources it has at each site. A lot are buildings or on woodland estates, and most are being heated by oil.  These sites are looking to use biomass.  They have also identified some hydro power potential, because many sites have old mills or are next to rivers.

The National Trust has chosen renewables appropriate to the resources of the special places it looks after.

One of the things it’s working on is a tool to look at the value of landscapes. For us, it’s helpful because we can potentially use that in terms of sites we’re looking at for developing wind.

What would you say to Blue & Green Tomorrow readers who might have read about Good Energy, but are yet to make the switch?

I think the best thing for anybody to do is to give us a call. Our customer services guys are all trained in energy efficiency, and we’re now accredited by the Energy Savings Trust. You can just ring up for a chat and find out about what you can do.

In terms of switching to Good Energy, it’s very easy and takes less than five minutes. You can do it quickly via our website or over the phone if you prefer to talk to our fantastic customer services team.

Finally, one of the things we tend to see is that Good Energy customers generally use less electricity than the national average because they’re thinking about it. We’re a great place to come to, even if you don’t switch immediately. It’s about starting that conversation; how you can use less energy, whether you can generate your own energy and whether you want to switch.

To find out more about Good Energy, or to make the switch, click here.