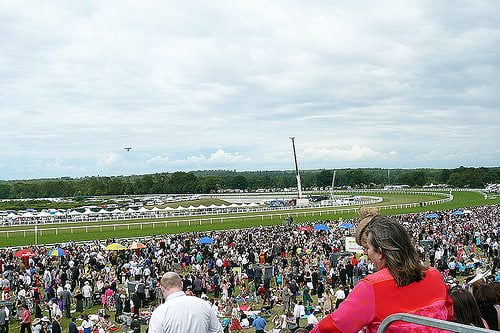 The final place in WealthInsight’s top 10 ranking of the richest small towns in Britain is horse racing hotspot Ascot, where around 300 millionaires live. But how does it compare with its stablemates on green issues?

Located in Berkshire around 25 miles west of London, Ascot has 11,600 inhabitants. It forms the civil parish of Sunninghill and Ascot with nearby village Sunninghill.

Ascot is well-known for being the location of Ascot Racecourse, where thoroughbred horse racing takes place. Particularly famous is Royal Ascot, which members of the Royal family attend each year.

Horse racing generates approximately £3.7 billion for the British economy, when breeding, training, racing and betting are all considered. However, it is also a pretty controversial industry among animal rights groups.

The charity Animal Aid claims, “Approximately 12,000 foals are born into the closely-related British and Irish racing industries each year, yet only around 50%  go on to become racers.

“Of those horses who do go on to race, around 420 are raced to death every year.”

During Royal Ascot in 2011, Animal Aid recruited Playboy model Victoria Eisermann to stand scantily clad at the gates with a diamond whip, offering to spank people, in protest at jockeys using whips against horses,  in what was one of the more bizarre incidents in the event’s history.

However, horse racing is not the only activity that goes on in Ascot. Famous sons and daughters include BBC Radio 2 presenter Chris Evans and actress Camilla Luddington. Meanwhile, among past residents are Beatles John Lennon and Ringo Starr, and exiled Russian tycoon Boris Berezovsky.

Being part of the Royal Borough of Windsor and Maidenhead, like Bray and Windsor, Ascot says it has a focus on sustainability.

In fact, it has cut its carbon emissions – despite consuming more energy than what it should – and has committed to tackling energy and water waste, in an effort to reduce its environmental footprint.

If you live in Ascot and are interested in ethical investment, read The Guide to Sustainable Investment 2013 for more information, and The Guide to Ethical Financial Advice 2013 to find a specialist ethical financial adviser near you.