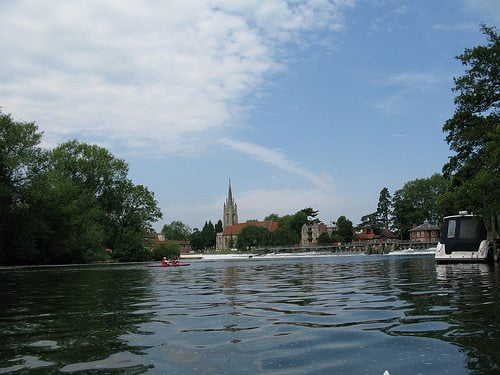 Another week; another five small towns to profile. Consultancy firm WealthInsight said Marlow in Buckinghamshire was the sixth richest small town in Britain, but how does it rank on green issues?

Marlow, located on the Thames 33 miles west of London, has around 400 millionaires among its 14,000 inhabitants. It is famously home to the Hand & Flowers – the first pub to gain two Michelin stars.

It is close to where Mary Shelley, author of Frankenstein, used to live. Meanwhile, American poet TS Eliot, a naturalised Brit famous for The Waste Land, moved to Marlow in the early 90s.

In the same part of Buckinghamshire as Beaconsfield, which we talked about last week, Marlow has made significant efforts to cut its carbon dioxide (CO2) emissions and improve energy efficiency, saving millions of pounds and promoting renewable energy in the process.

It says, “Over 40% of CO2 emissions in the UK come directly from what individuals do – for example, using electricity in the home and driving cars.”

However, the council does even more. It promotes an interesting initiative, hoping to become a so-called ‘community energy champion’.

“Energy champions are individuals who share their knowledge about energy efficiency with their communities, from coffee mornings, video screenings, helping neighbours read their meters or volunteering at a community event”, it explains on its website.

Moreover, it offers direct support and advice to businesses that wish to become more sustainable.

If you live in Marlow and are interested in ethical investment, read The Guide to Sustainable Investment 2013 for more information, and The Guide to Ethical Financial Advice 2013 to find a specialist ethical financial adviser near you.