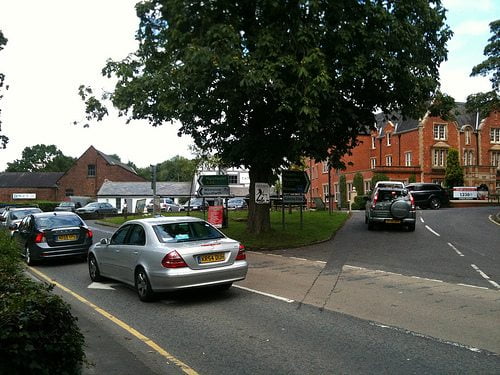 Alderley Edge, eighth on WealthInsight’s ranking of the richest small towns in Britain, is an affluent village in Cheshire, which has around 350 millionaires among its only 4,400 inhabitants.

Fifteen miles south of Manchester, it is one of three points in the county’s so-called ‘golden triangle’ along with Prestbury and Wilmslow – a rich area known for its high property prices and famous residents.

Alderley Edge is renowned for being home to a number of Premier League footballers in the north-west of England, particularly those who play in Manchester. The likes of David Beckham, Rio Ferdinand and Cristiano Ronaldo have all had properties in the village.

The 2001 census reveals a high percentage of self-employed people and a low rate of unemployment compared to the rest of the country.

Cheshire East county council, to which Alderley Edge belongs, says it has a focus to achieve sustainability and sustainable development through a number of different strategies.

It has produced a Local Climate Impacts Profile in order to assess potential risks for communities in case of extreme weather events.

The council’s latest greenhouse gas report states, “Through our Carbon Management Programme, a number of projects and initiatives have been developed and are ongoing to achieve a reduction in carbon emissions from the authorities activities”.

If you live in Alderley Edge and are interested in ethical investment, read The Guide to Sustainable Investment 2013 for more information, and The Guide to Ethical Financial Advice 2013 to find a specialist ethical financial adviser near you.