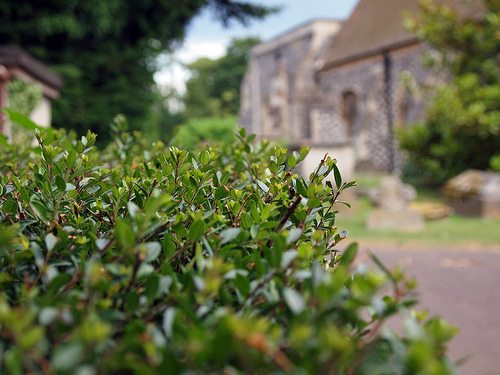 The penultimate location in WealthInsight’s top 10 ranking of the richest small towns in Britain is Bray, which around 350 millionaires call their home.

Located in the Maidenhead area of Berkshire, around 30 miles west of London, the town hosts two of the four UK restaurant that have three Michelin stars: The Fat Duck and The Waterside Inn. Both feature in The Michelin Red Guide 2013.

Bray is next to the Thames, and is an affluent village. A series of expensive houses built beside the river are known locally as ‘millionaires’ row’.

Famous English broadcaster and presenter Sir Michael Parkinson has lived in Bray. Meanwhile celebrity chef Heston Blumenthal, who owns The Fat Duck, has a property nearby.

The Royal Borough of Windsor and Maidenhead, to which Bray belongs, has formed a Sustainability Panel that meets monthly to discuss ways to improve the area’s green credentials. The local council also tries to raise awareness among its staff.

“We have Carbon Champions who work to increase awareness of sustainability issues in their own offices, and we also hold surveys to understand any issues that staff are facing”, it states on its website.

It is also committed to improving energy efficiency and tackling water waste, with Berkshire declared by the Department for Environment, Food and Rural Affairs (Defra) as a county at risk of drought.

“The changing weather patterns, flooding and drought that we have been experiencing over recent years is having a far reaching effect on the UK’s people, places, economy, society and environment”, explained the local council.

It is confident though that “energy efficiency measures and the use of renewable energy can help address these problems, by emitting less CO2 into the atmosphere. It also has the benefit of saving the council money, through reduced electricity and gas bills.”

If you live in Bray and are interested in ethical investment, read The Guide to Sustainable Investment 2013 for more information, and The Guide to Ethical Financial Advice 2013 to find a specialist ethical financial adviser near you.