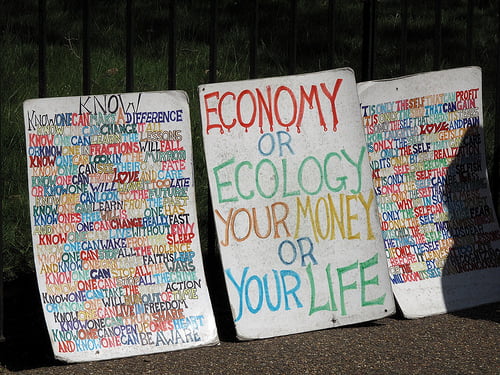 Things are not looking good for the global economy at the moment – the eurozone is in crisis, the Middle East remains a hotbed of discontent that could erupt at any minute and the emerging giants that are supposed to be driving growth are instead showing signs of slowing down.

Everywhere you look, there seems to be a crisis of one type or another – and this is just what we need, according to one commentator. In a new report, Dennis Nacken, senior capital markets analyst at Allianz Global Investors, argues that crises can be a good thing – indeed they are vital to our continuing progress.

The report starts from the premise, set out early last century by the Russian economist Kondratieff, that crisis can mark a period of radical change where old sectors of industry are replaced by new ones that ultimately usher in a new era of prosperity.

The arrival of each wave of new technology led to a period of “creative destruction” that heralded the start of a new phase of progress. And now a sixth cycle is upon us, characterised by the combination of green markets with information technology.

There are five characteristics of a Kondratieff cycle, Nacken explains.

1. The potential for further exploitation of an old basic innovation is exhausted (a cycle of around 40 to 60 years).

2. There is a high level of excess financial capital (versus physical capital).

3. There is a period of severe recession (period of radical change).

4. Society and its institutions are undergoing transformations.

All of these conditions would appear to apply today and in addition, it is no longer sustainable to aim to produce as much as possible as quickly as possible, with no regard for the burden this might place on debt balances or the environment. Instead, the macroeconomic bottleneck factor of the 21st century seems to be the scarcity of resources.

“However, it is not only resources that are in increasingly short supply – we are also slowly running out of environment”, Nacken says.

“One thing is certain: over the long term, ever faster, higher and stronger is not going to be an option given the limited commodity and energy resources.”

So while previous bursts of innovation improved the productivity of labour, the next cycle will be driven by an imperative to improve resource and energy productivity, he argues.

“This is because under the new conditions imposed by globalisation, demographic development, climate change, scarce resources and greater awareness of, and responsibility towards, the environment on the part of consumers, growth will probably be generated from a new mix of economics and ecology.

“The crucial reorganisation of energy infrastructure in this respect could prove to be a powerful engine that really gets growth going.”

This analysis helps to explain some of the hysterical reactions to the growth of clean technology markets – some 2.5m jobs are expected to be lost in the traditional energy sectors of coal, gas and oil. However, this will be more than offset by the creation of 5.3m new jobs in renewable energies.

The report contends that the integration of IT with the new green markets is set to drive growth and help to create a 21st century infrastructure that will include a switch to renewable energies; the conversion of buildings into micro power stations thanks to micro-generation technologies; an increased use of energy storage in buildings, cars and within the energy infrastructure; the expansion of a global smart grid system; and an increasingly electric transport infrastructure.

Michael Liebreich, chief executive of Bloomberg New Energy Finance, came at this issue from a slightly different direction recently, saying that the renewable energy industry is in a development stage, similar to what the automotive industry experienced in the 1900s.

“In 1903, the United States had over 500 car companies, most of which quickly fell by the wayside even as the automobile sector grew into an industrial juggernaut”, he pointed out.

“A century ago, writing off the auto industry based on the failures of weaker firms would have been foolish. Today, the renewable energy sector is experiencing similar growing pains as the sector consolidates.”

Nonetheless, the growth is there for all to see – since 2005, biofuel consumption has increased six-fold, while in 2011 wind power installations were up a fifth on the year before at 40.5 gigawatts (GW) and 27.4GW of new solar capacity was installed in 2011 – a 70% increase on the year before.

But the crucial breakthrough will be making all the different energy technologies fit together with each other and the rest of the economy – cars and trains will act as batteries, buildings will be able to power down at peak times and Spanish or Moroccan sunshine will boil the kettles of waking workers in Germany – all facilitated by the growth of the smart grid.

Such developments are vital, Nacken says, because: “the environment itself has become a scarce asset. It can no longer be consumed free of charge. Prices must tell, not just the economic, but also the ‘ecological truth’.”

World leaders, businesses and NGOs are gathering in Brazil for the Rio+20 summit, where they will seek to fashion a new framework for a green economy. Expectations of progress are low, but the fact that natural capital and the phasing out of fossil fuel subsidies are high on the agenda is a promising development – and the fact is that real progress is being made out in the real economy, suggesting that the day when prices do indeed tell the ecological truth may be a step nearer.