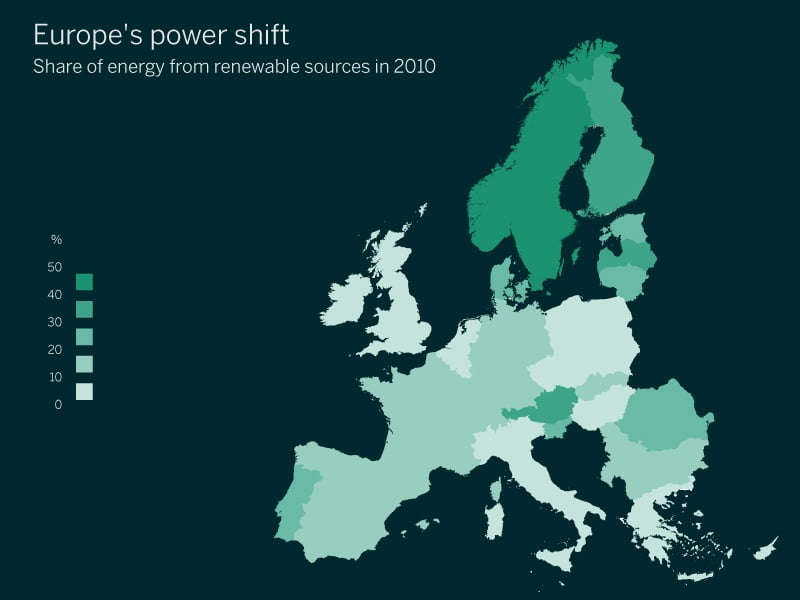 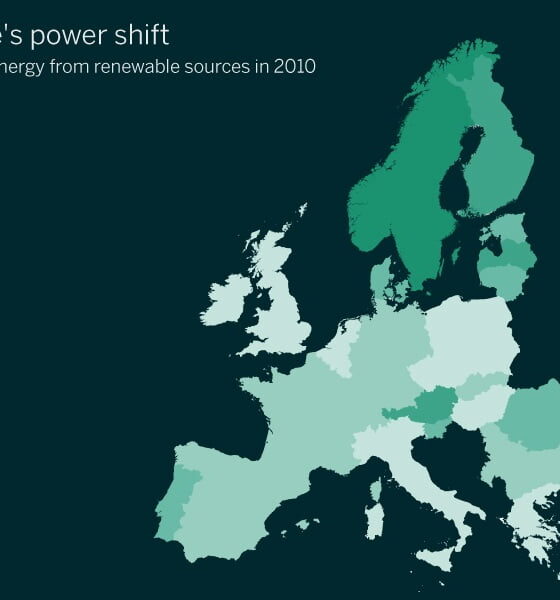 It’s widely accepted that adopting renewable energy is vital. But how is Europe doing in incorporating clean sources into its energy mix? The latest Blue & Green Tomorrow infographic has the answers.

In the past, we’ve championed the renewable energy success of Denmark—a country that has impressed us with its cutting-edge innovation and bold targets.

But after analysing data from the European Commission and creating a snazzy infographic, it’s Denmark’s Scandinavian cousin, Sweden, that emerges as Europe’s shining light in adopting and implementing renewable energy into its fuel mix.

In fact, Sweden is quite some way ahead. By 2010 figures, 46.9% of the country’s energy came from renewable sources—that’s over 12% more than Latvia.

In the same year, the Danes appear seventh on the list, with a renewable contribution score of 23%.

As with in our infographic showing turnover and employment in the renewables sector, UK inhabitants ought to look away to avoid embarrassment.

In 2010, the world’s sixth largest economy lay 25th in the EU27, closely followed by Luxembourg and Malta. Whilst it’s expected that it has climbed the table since then (check back to our site later this week for another infographic that hones in on the UK), it still makes for rather uneasy reading.

Our infographic includes a breakdown of each country’s fuel mix change between 1999 and 2009, as well as targets for renewable energy contribution by 2020.

Here it is for your perusal. (Click to enlarge).

In the two years since this data, thousands of people have used companies like Good Energy—the UK’s only 100% renewable electricity supplier—to make the admirable switch to green energy.

Investing in clean energy is investing in a healthy and secure future for your children. Ask your IFA about sustainable investment after reading our brand new report. Or fill in our online form and we’ll connect you to specialist.