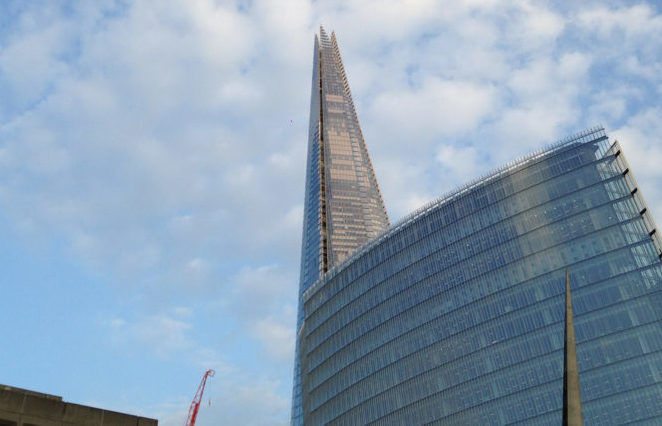 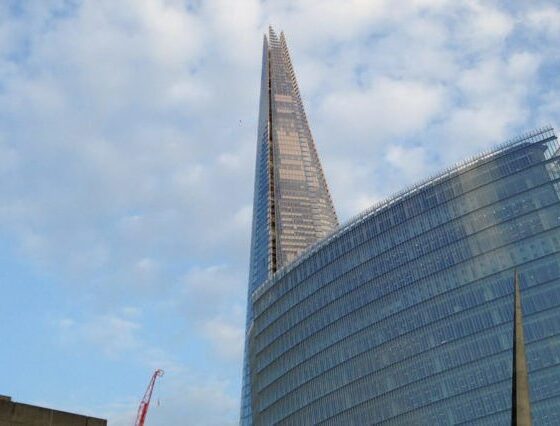 There’s been an unprecedented growth in London’s skyline in the past decade, and it continues to transform. In fact, the number of tall buildings in London under construction continues to rise. For some it’s a window cleaning nightmare. For anyone in the office maintenance business it’s an exciting opportunity. No sooner are window cleaners back at ground level when cleaning one of London’s iconic glass-fronted skyscrapers, it’s almost a case of them being required back at the top. It’s literally a job for life!

Keeping London’s skyline in sparkling condition is big business indeed. Cleaning just one of London’s heavily windowed landmarks can take up to 2 weeks, depending on how many window cleaners are deployed. There’s no doubt it’s a challenging aspect of office building maintenance, requiring new and innovative ways to keep up with maintenance schedules. The Walkie Talkie, the Gherkin and the Shard are impressive structures that need an impressive level of cleaning.

Prior to 1950, cleaning the façade of the world’s tallest buildings was comparatively simple. Windows opened freely so window cleaning was made relatively easy with access from specially purposed flat roofs and from the inside. Window cleaners were able to stand on window ledges with safety harnesses hooked to the inside to protect them from a fatal plummet. Now London’s skyline requires a team of professional abseilers to keep buildings maintained and window grime at bay.

Designed in 2000 by architect Renzo Piano, he drew his initial design of the Shard on the back of a napkin. The tallest building in Western Europe at 310m, the Shard is the biggest eco-friendly construction in London with 95% of the materials used in its construction made from recycled materials.

Modelled on a shard of glass, and supposed to remind us of the sail ships and church steeples of olde London, this gem in London’s skyline holds an incredible 11,000 glass panels. That’s a massive footage of glass that would cover 8 football pitches. It takes 6 men a week per side to clean, and there’s no less than 8 sides. The building’s angled design makes window cleaning a difficult and expensive undertaking.

Brave workers need a head for heights and abseiling experience to complete the task. It’s not without its dangers. In 2012 the London Fire Brigade were called when a window cleaner’s cradle was seen swinging from side to side in strong winds, just feet from the top floor. Cleaning skyscrapers is a risky business.

The Shard’s viewing platform on the 72nd floor is open to the public and is the highest publicly accessible area in the whole country. The lifts that take you to the top are some of the fastest in the world, and move at 6 metres per second. That’s pretty quick.

When the Provisional IRA detonated an explosive device near the Baltic Exchange in the financial district of London it catastrophically injured the building. Torn down to make way for a bigger structure, the Gherkin plans began as a much bigger project. Concerns about sight-lines and the impact on air traffic from Heathrow caused a rethink. The scaled-down version (from 92-storeys to 41) sits at 30 St Mary Axe today.

Taking the shape of the much-maligned pickle, The Gherkin’s nickname is easy to fathom. One of the coolest symbols of London’s skyline, the Gherkin has won prestigious architectural awards from around the world. Designed by Norman Foster of the Foster and Partners architectural firm, this 40-storey masterpiece was the most admired building in the world in 2006. Its swirling striped pattern isn’t just for show. Its aerodynamic design is part of the building’s energy-saving system, which allows air to flow up in spirals

To clean this 180m glass icon it takes 9 men 10 days. And here’s an interesting fact – just one of the 7,400 glass panes is curved, and that’s the one that sits on the top. All of the rest are 100% flat. And get this, the external glass footage is the equivalent of no less than 5 football pitches. That’s a lot of glass.

In 2005, a window on the 28th floor popped out and crashed to the ground, prompting rigorous safety checks. Luckily no-one was hurt. Falling windows is apparently a key safety issue in skyscrapers, whose design has to take account of differing pressures between inside and out.

In the early days of construction the grave of a young Roman girl was uncovered. The girl was exhumed and preserved at the Museum of London and reburied in her original resting place on completion of the build.

With its top-heavy profile, the bulbous skyscraper at 20 Fenchurch Street hasn’t gone without its difficulties. Its construction almost never happened after it was nearly killed off in the great recession. It took an extra 3 years to complete the 37-storey building following a takeover by Canary Wharf.

Nicknamed the Fryscraper and dubbed ‘scorchgate’ after its concave façade deflected the sun’s rays to melt bits of a Jaguar car, it’s a building some love to hate. A cafe in the focus of the building’s glare even managed to toast a baguette and fry an egg outside their shop. A specialist was brought in to solve the problems, which were apparently the result of a cost-cutting debacle during the original build. And if that’s not enough, the building’s concave design causes a down draft powerful enough to knock people over. For the window cleaners it’s another hurdle to overcome.

For some this iconic landmark literally sticks out like a sore thumb. Designed by Uruguayan architect Rafael Viñoly, it’s possibly one of the most contentious buildings in London’s skyline. Its design is a canny way of increasing office space and exploiting rents.

However contentious the building itself, the sky garden set over the top 3 floors, along with 3 restaurants, makes it no ordinary business address.