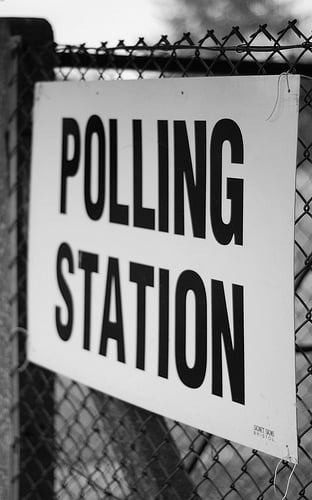 All this week, we’ve set out the energy, environment and responsible investment credentials of all five major parties, ahead of the local elections on Thursday May 2.

– First up was the party in power: the Conservatives. Prior to forming a coalition with the Lib Dems in 2010, David Cameron claimed that a Tory-led government would be the “greenest” ever. Whether he has succeeded is up for debate.

– The party in official opposition, Labour, came next. Labour had been in power from 1997-2010 and was the first government in the world to pass a climate bill into law. Since losing the last general election, though, many have claimed the party’s leader Ed Miliband has failed to capitalise on the Conservatives’ green lethargy.

– The Liberal Democrats formed a coalition with the Conservatives in 2010, with leader Nick Clegg becoming deputy prime minister. The party arguably take the strongest stance on renewable energy out of all three main groups.

– Fourth in our series was the Green party, which has grown in popularity in recent years. Former leader Caroline Lucas became the first Green MP when she was elected in Brighton in 2010, and later passed on leadership of the party to Natalie Bennett. Unsurprisingly, the party prioritises environmental and energy concerns above all else.

– Finally, we looked at the UK Independence Party earlier today. After performing well at the Eastleigh by-election in March, leader Nigel Farage – MEP for the south-east – said the party was more than just a protest vote. UKIP’s manifesto is strong on national independence and critical of most renewables. It is the only party to take a sceptical view towards climate change.

After reading all five summaries, all that is left is for you to make up your mind and cast your vote on May 2.

Meanwhile, here’s a reminder of how the five parties fared in the 2009 local elections. 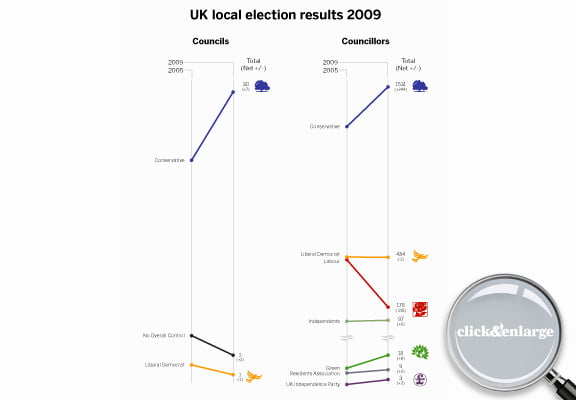