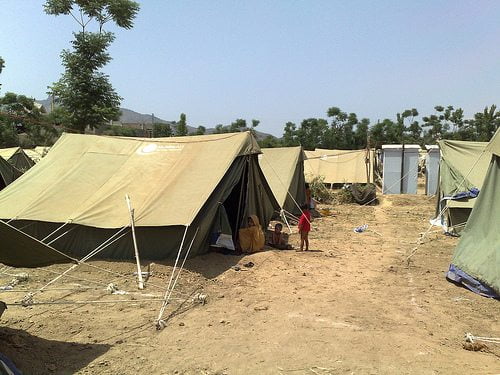 The impact of climate change on developing countries is a matter of urgent concern for the developed world, too, Ilaria Bertini writes.

As many international bodies have stressed, climate change and extreme weather events will have a dramatic impact on the developing world, despite these nations being the least responsible for global greenhouse gas emissions.

The World Bank said in June that an increased temperatures of 2C would be “devastating” for south Asian and sub-Saharan countries, because of the effect it would have on food and water resources and the lack of infrastructure in these areas.

A recent study showed that countries accounting for 31% of global GDP – including India and China – will have to deal with extreme climate conditions by 2025.

However, the situation for some Pacific nations is already critical because of rising sea levels that are displacing whole communities. It is a worrying sign of things to come.

From a selfish perspective, developed or rich countries may turn their backs on this problem, ignoring the fact that globalisation has made us all deeply interconnected. But in reality, the developed world simply cannot ignore the impact climate change will have on the world’s poorest nations.

As the UN Least Developed Countries group warned in October, climate instability will cause mass migration of displaced people from vulnerable areas to regions like Europe. This is on top of the social and political unrest that is likely to spread as a result.

Alix Dietzel, from the University of Sheffield, is researching climate change in relation to global justice for her PhD.

Climate change is undoubtedly a global issue – not just because every nation is doing their bit to cause the problem but also because, as Dietzel said, emissions have no boundaries and are not fairly distributed. If emissions stayed in the place where they were pumped out, instead of floating around uncontrollably, the attitude of some rich countries would probably be quite different.

“Developed countries will be less affected and in addition they will have the resources to deal with the consequences of climate change when these will arrive”, Dietzel said.

She explained that climate change was an issue of social justice also to the extent that many people see their health – and therefore their human right to life – under threat.

Extreme climate conditions will inevitably bring to a spread of many potentially deadly diseases such as diarrhoea or malaria, and poor health conditions.

Ilaria Bertini: What can effectively convince the rich world to act against climate change?

Alix Dietzel: It probably won’t be an environmental threat, at least not until much later. The biggest effects are not going to happen for another 50-60 years.

I don’t think that western countries are going to say, “Let’s help the poor”, otherwise we would have solved global poverty years ago. There will be another reason.

What might spur them on is civil engagement, so people pushing politicians that want to be elected, or coming up with a scientific breakthrough to solve climate change. Who wouldn’t want to come up with the perfect solution?

IB: What about the threat of mass immigration from vulnerable countries?

AD: Definitely. That could be another reason to act. The fact that sea levels are going to rise and that certain areas won’t be able to have crops for instance because of rainfalls and droughts will result in a huge migration of refugees.

And that’s the point with health: people in refugee camps would represent a threat for rich countries; they won’t have clean water, shelter, food. Even if western countries won’t suffer for the direct effects of climate change, they will have to deal with indirect consequences of a mass migration.

IB: What do you think about the current efforts by developing countries in fighting climate change?

AD: I don’t know what else they could do. Reducing their emissions is good but if no one else is doing it, it won’t make any difference.

They can invest in sea walls and in terms of climate negotiations, they can try to have more countries on board.

IB: Other than the ‘polluters pay’ principle, there are rich countries some in Scandinavia that emit a relatively small amount of emissions. What should they do?