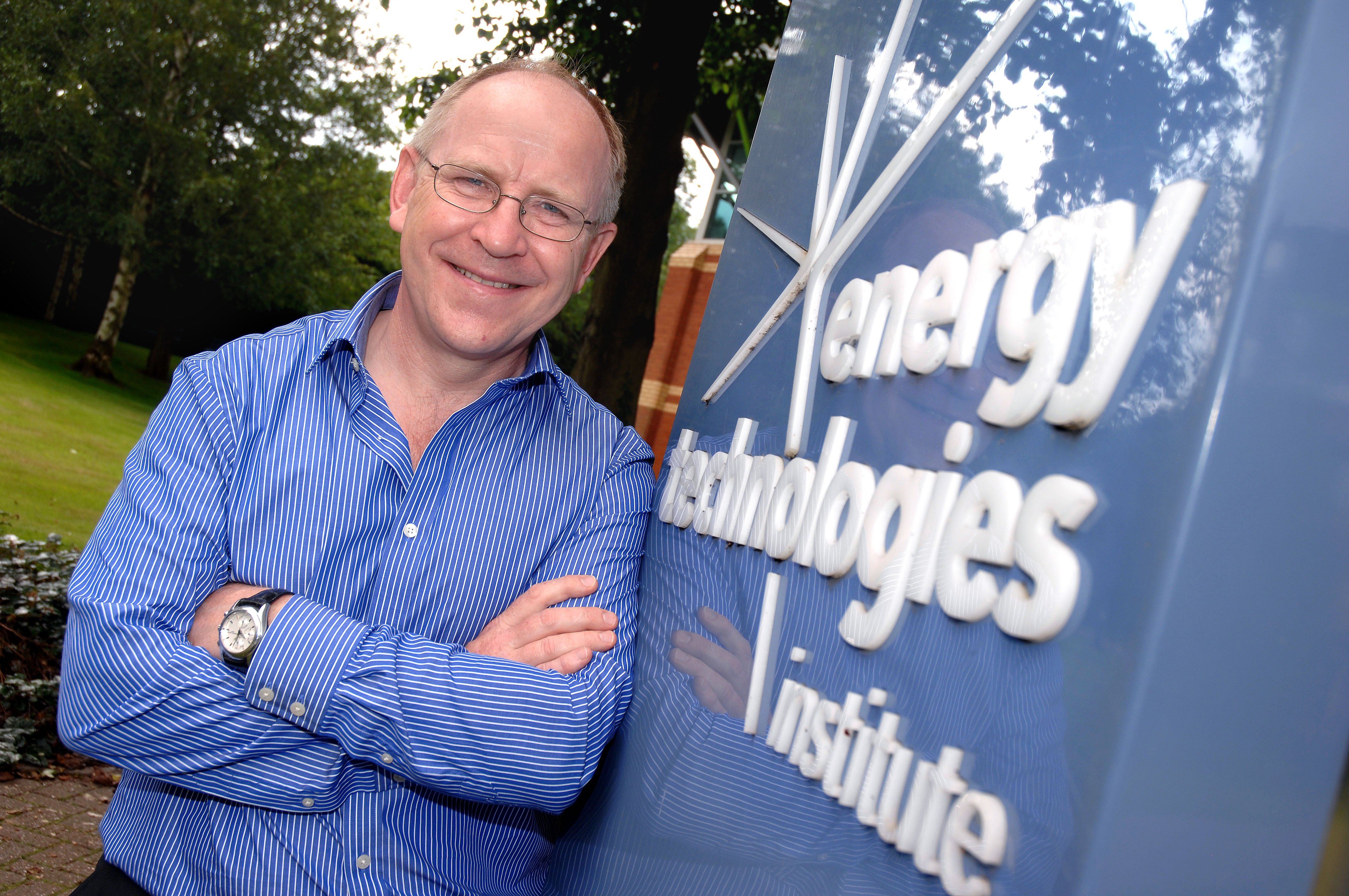 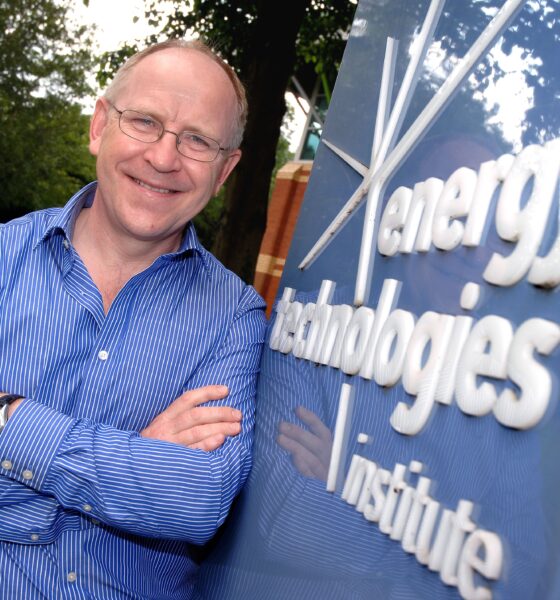 The government aims to reduce carbon emissions by 80% by 2050. With this in mind, the Energy Technologies Institute (ETI) looks to understand the most cost-effective and sustainable pathway to achieve this. Joseph Iddison spoke with its CEO, Dr David Clarke, about providing affordable and secure energy while reducing greenhouse gas emissions.

“The ETI is a public-private partnership between six major energy and engineering corporations and the UK government”, begins David Clarke.

“Those corporations are BP, Caterpillar, Eon, EDF, Rolls Royce and Shell. All those groups, along with our government, form our board. Those companies also, in some cases, help carry out projects for us. With them as board members and investors, we carry out strategic analysis and planning around the UK energy system.

“We use the results of that analysis to look at where it makes sense for us to make investments in terms of engineering and technological developments and where the major challenges are.”

Aiming to increase efficiency in current energy systems, as well as helping to fund innovative designs for the future, the ETI will no doubt play a pivotal part in the UK energy market’s transformation. And it was founded in 2008 for that very reason.

“We identified quite early on in our existence that there was a need for a better modelling system for the UK in terms of system design”, explains Clarke.

“We developed one particular tool, ESME, which stands for the Energy System Modelling Environment. We built this tool with cost and geography built into it – which is a unique element that nobody has done before from a UK perspective. It also looks at power, heat, transport and the UK infrastructure and looks at how those interact together and how they develop together.

“Our aim was to have a tool that enabled us to see what is going to be the most cost effective solution for the long term UK needs, across those four areas.”

One of the ETI’s main remits is to help fund energy projects, and, importantly, increase security within those projects.

“The projects we do range from tens of thousands of pounds – for a very small project – to roughly £20m, so those are the typical spaces we tend to operate in”, details the CEO.

“To date we’ve funded 40 projects that are either completed or in delivery. Most of the projects we’d expect to see commercial application beyond 2020.

“The critical issue from a government policy point of view is this issue of certainty, especially for the long-term. We haven’t had a case where we haven’t been able to launch a project, for whatever reason.

“We work with over 100 organisations and 15 countries around the world to deliver these projects in and for the benefit of the UK. What we’ve been attempting to do with the energy supply chain is develop key technologies, both now and in the future, and to significantly reduce cost on them as well as take away any risk.”

The six priorities of the 2050 target

Clarke goes on to detail the major aspects of approach that the ETI focuses on, and the reasons why they are seen as such crucial players in the energy mix.

“When we look at the 2050 target, six things consistently come out as priorities. The first is efficiency in energy use in buildings and transport. The second is reducing emissions, and we see nuclear power as an answer to this, as it is available now and the costs are not disproportionate to other low-carbon emissions. Another is gas – whether it’s fossil gas or bio gas or potentially hydrogen, we see gas as being critical in the future energy system.

“Then there is bioenergy. We’re interested in what potential there is for growing bioenergy crops in the UK and how we then potentially use them – whether it’s in power generation or the creation of biofuels, or whether it’s in heating supply. There is a significant amount of underutilised land in the UK that is good enough for growing bioenergy crops. That’s an area where we’re investing quite heavily.”

“Next is carbon capture and storage (CCS), which enables us to use fossil fuels and bioenergy, but particularly fossil fuels, in the short term. This is because of the fuel costs and security benefits that come with those. We’re running projects at about £25m each, looking at improved efficiency and CO2 separation technologies, as well as driving costs down. So CCS is quite key.

Clarke places great importance on CCS, which prevents the release of large quantities of CO2 into the atmosphere from fossil fuel use in power generation and other industries by capturing that C02 transporting it and, ultimately, pumping it into underground cavities to securely store it away from the atmosphere.

“We need to get CCS working”, he says. “The reason for that is that it gives you options for the future. If we can demonstrate CCS as an energy capability, not just as technology but as a business model, it will give us a whole range of options which are there if we need to use them, and the reality is we will use some of them, if not all of them, in meeting the 2050 target.”

Renewables also come into the picture with the ETI.

“The final area is offshore renewables – wind in particular. The problem with wind is cost. We did some research a couple of years ago to see what we need to drive costs down, and the answer really is big turbines producing 8-10 megawatts (MW), with blades that are 85-95 metres long. We would need wind speed of 12 metres per second to put those turbines into optimum use.”

Therein lies the problem, however, as such turbines do not currently exist. Indeed, the majority of wind turbine blades range from between 35-50 metres in length, and produce far less than the 8MW suggested. However, Clarke is confident in the technology currently being developed, with the ETI supporting it.

“Manufacturers are starting to build these larger machines but at only 7MW – we haven’t quite got 8. The bigger blades don’t yet exist but we’re in the process of contracting with a company to develop that technology.

“In order to get wind speeds of 12 metres per second reaching our turbines, we need the machines to be off sight in the west coast of the UK, which is going into deeper water than we are doing today. Deeper water means the machines need to be on floating platforms as opposed to fixed platforms, which again is something we’re contracting to do.”

Such efforts are important to UK energy says Clarke, as wind is in such abundance around the shores of the island.

“It is increasingly likely that we will need a significant amount of wind to reach the 2050 target. We are seeing the best machines in the world in the latest projects, from the point-of-view of energy efficiency and cost efficiency. It is a leading position that the UK has.”

With energy efficiency a key development priority for the UK, the ETI launched its biggest programme to date earlier this year, called Smart Systems & Heat, as part of the prime minister’s trade mission to Japan. The programme focuses on so-called ‘smart energy systems’ for domestic and light commercial premises which the ETI says “will enable optimum use of energy” in the future, and is currently constructing a system model for eventual demonstration in the UK with Japanese electronics firm Hitachi acting as a programme associate.

“Right now we’re doing the consumer study piece, along with technology development activity with the supply chains with the expectation that in 2015 we will have a demonstrator in an area in the UK”, explains Clarke. 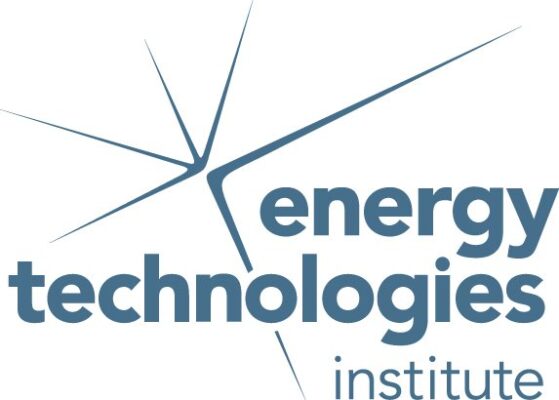 “This site will comprise of something between 2,000-10,000 buildings and houses. This demonstrator will address the point: what is more important – supplier improvements and efficiency or consumer behaviour. We will then analyse that and look to deliver a system with significant efficiency improvements resulting in benefits to the consumer.”

Regardless of technological advances, though, Clarke admits the biggest improvement must be in the energy market itself.

“Critical right now is the UK energy bill and electricity market reform. Irrespective of technology, that’s the concern for everyone.”