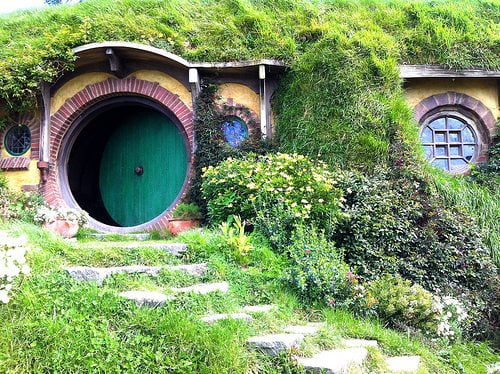 The Shire resembles Lincolnshire, while Mordor is the spitting image of LA and Australia. That is according to one climate scientist, who, as the second instalment of Peter Jackson’s big screen interpretation of The Hobbit opens in cinemas, has attempted to model the climate of its fantastical setting.

Submitted under the name of Radagast the Brown – Gandalf’s earthier, nature loving equivalent – a new tongue-in-cheek study used a supercomputer and JRR Tolkein’s meticulous maps and manuscripts to construct a climate model of the legendary realm.

The simulation reveals that The Shire, where Bilbo Baggins begins his unexpected journey, has a climate similar to that of modern-day Lincolnshire and Leicestershire. Meanwhile, inhospitable Mordor is closer to Los Angeles, except, perhaps, with a bit less evil.

Radagast suggests that the high concentration of carbon dioxide in Middle Earth’s atmosphere could be the work of Sauron’s furnace, Mount Doom.

The study also allows an analysis of Middle Earth’s vegetation, although, Radagast laments, it cannot take into consideration disturbances such as forest ﬁres caused by dragons, deforestation by orcs or dwarves or the growing of pipe-weed by hobbits.

When he is not busy acting as a steward for Middle Earth’s flora and fauna, Radagast doubles as Dr Dan Lunt, a reader in climate science at the University of Bristol.

“This work is a bit of fun, but it does have a serious side”, Lunt says.

Much of Lunt’s research involves running climate models for non-fictional past time periods, to question how prehistoric climates worked. The same models are also used to simulate our possible future climates.

“A core part of our work here in Bristol involves using state-of-the-art climate models to simulate and understand the past climate of our Earth”, he adds.

“By comparing our results to evidence of past climate change, for example from tree rings, ice cores and ancient fossils of plants and animals, we can validate the climate models, and gain confidence in the accuracy of their predictions of future climate.”

Anyone who has read or watched The Lord of the Rings and The Hobbit should be able to pick up on some of the not-so-subtle themes of environmentalism, or at least of an appreciation and respect for nature, and an aversion to industrialisation.

Tolkien always fervently rejected that his works contained any allegory or symbolism, and was apparently quite horrified that his stories were adopted by the fledgling hippy movement, but surely even he could not completely deny this interpretation.

Lunt says, “From some of the themes of his work I expect that he had a love of nature, and therefore would have been very upset at some of the things we are doing to the planet – as is Radagast.”

So can we learn anything from Tolkien’s tales about caring for the environment?

“Not really”, admits Lunt. “They have a happy ending, which is not always guaranteed in real life, unfortunately.”

Tolkien about the environment