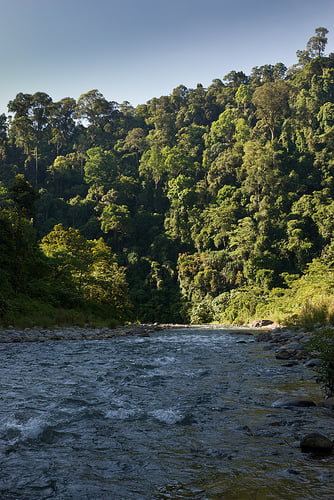 The news this week that Asia Pulp and Paper (APP) has signalled an end to its deforestation activities has been welcomed by environmental and campaigning organisations alike. The decision could mark the beginning of a sustainable revolution in the sector.

February 5 was a big day for the paper industry in Indonesia. After several years of hostilities between APP and big international NGOs, including Greenpeace, a press conference in Jakarta was used to announce APP’s new Forest Conservation Policy.

Bustar Maitar, head of Greenpeace’s forest campaign in Indonesia, subsequently announced, “Greenpeace has, for now, taken the decision to suspend its campaign against APP. We will be reviewing progress by the company and reviewing this decision at regular intervals.”

Furthermore he went on to endorse APP’s new strategy, stating, “If APP achieves its no deforestation goals, it’s a really significant milestone for our campaign to save Indonesia’s forests. I am cautiously optimistic about these changes – they are critical if we are to succeed in ending deforestation in Indonesia and beyond.”

This Forest Conservation Policy includes several new initiatives and the press conference gave details of how another NGO, the Forest Trust, has been verifying data on the ground and brokering negotiations with the wider NGO community. APP has promised to protect high conservation value forest and also forest areas with high-carbon stocks, and most importantly has agreed to open up its paper operations to third party and NGO approved verification.

The Greenpeace announcement that it is suspending its global campaign against APP has global implications for the paper trade.

APP is the third largest papermill group globally and like most manufacturers has been concentrating to a greater extent on packaging grades as electronic media eats into the demand for traditional printed products.

But the removal of natural forest destruction from the debate around paper supplies globally frees environmental and campaigning organisations to concentrate on other issues of power generation, water, land use and even genetically modified trees across this sector.

Here in Europe, we also have the EU Timber Regulation taking effect from next month as the EU strikes hard against illegal logging globally.

So where does this leave the international paper industry? By being responsible with use of water, land and chemicals, and by standing together as one sustainable industry using recycled fibre and carefully managed plantations for virgin fibre, will we shortly be seeing a concerted effort by the paper industry to re-establish itself as the protective packaging medium of choice, replacing oil derived plastics and plastic film coated materials?

Over the past two years there have been some innovative new grades created using water-based barriers for compostable paper packaging. It would surely be excellent news if by ending the 10-year confrontation in Sumatra, the NGOs now led a global drive to a sustainable and renewable tree-based packaging industry.

Stuart Andrews is a director at Sustainable Options Ltd.