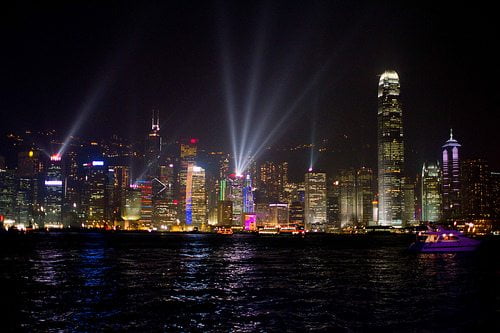 On this day in 1997: Hong Kong handed over to Chinese control

Fifteen years ago today, Hong Kong ceased to be governed by Britain and became a special administrative region of the People’s Republic of China. Nowadays, it is the world’s third most important financial centre.

Discussions around the country’s independence from Britain begun in 1982 and two years later, the Thatcher government signed a declaration with the Chinese prime minister Zhao Ziyang.

Having been one of the many colonies of the British empire since 1842, Hong Kong is now a semi-independent country. It has different judicial and political systems to that of China.

It has grown to the point where now, it is regarded as one of the richest places in the world. It has a highly developed capitalist economic system, good welfare services for its citizens and its currency is the eighth most traded in the world.

However, it is also one of the planet’s most densely populated and urbanised countries, having almost 6,500 people per square kilometre, with 95% of inhabitants being Chinese descendents.

Hong Kong suffers from severe air pollution, which has considerably affected inhabitants’ health in the past. Its relative lack of green space and humid climate do not help, and neither does the country’s reliance on fossil fuels.

In 2009, Hong Kong’s fuel mix for electricity production primarily comprised of coal (54%) and natural gas (23%), with the rest (23%) coming from nuclear power imported by the mainland.

Things have slightly shifted towards renewables sources in the years since, according to the government, but even so, the country is still being left behind by its neighbours, as proven by 2012 energy statistics.

Compared to China, the largest greenhouse gas emitter but also the country at the forefront of renewable energy investment, Hong Kong appears not to consider the future implications of manmade climate change.

It has an adaptation strategy, but doesn’t seem to have a mitigation agenda – despite being at risk of coastal erosion because of its particular geography. Through the years, high urbanisation levels in the country have caused a so-called urban heat island effect, where temperatures are even higher than the surrounding territories.

Projections say that if the current trends remain unchanged, there will be no winter in Hong Kong by 2100; heavy rainfall and tropical storms will increase; and sea levels might rise by as much as 88cm.

When handing over the territory to China, the last British governor to the country Chris Patten said in his farewell speech, “The story of this great city is about the years before this night and the years of success that will surely follow it.”

Perhaps he was right. Indeed, the economic prosperity of Hong Kong speaks for itself. The question is, will the country be wise enough to stand up to the social and environmental implications of its enormous growth?