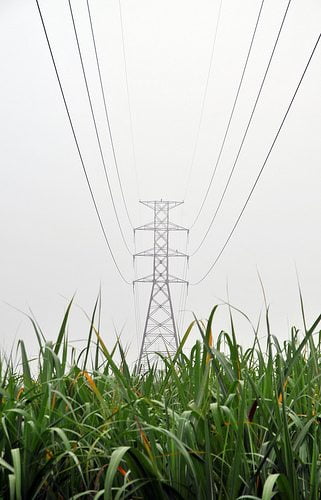 Renewable energy seems to be in its awkward teenage years in the UK at present. In its infancy, all was loveliness and smiles, as people got excited about new technologies which didn’t have any of the problems associated with existing energy technologies like fossil fuels and nuclear power.

When it is fully grown up, it will be the major contributor to our energy mix, producing several terawatt hours of clean energy every day, while displacing millions of tonnes of CO2, sustaining possibly up to a million green jobs, and helping get energy costs under control with stable prices.

The past is bright, the future’s bright, and yet the present? Well, the UK is floundering in the relegation zone of the EU renewables league table (we get about 4% of our energy from renewables at the moment).

Our newspapers are full of grumps and groans about the visual impact of wind and solar farms on the one hand, and sensationalised, fact-light scare stories about renewables forcing up energy bills on the other.

Even the media more traditionally sympathetic to renewables tends to focus on the government’s complete inability to deliver consistent signals on energy policy. Renewables are currently struggling with poor self-image, and doubt that the powers that be have their best interests at heart. Just like a shy, troubled teenager.

However, we mustn’t stretch this metaphor too far, as time alone will not turn renewable energy into a grown-up industry. If political will crumbles, then renewables will never fully mature. We need to take responsibility, to show the world how good we can be and why it needs a grown-up renewables industry.

The best way to achieve this is to show just how much good renewables are doing to the UK economy today, when they make up only a tiny fraction of our energy needs. The shortlist for this year’s Renewable Energy Association (REA) Awards is a great place to look for examples.

Let’s start with our shortlisted Pioneers (an award sponsored by Blue & Green Tomorrow), who are showing the rest of the world how it’s done.

Take Lancashire County Pension Fund, for instance. Pension funds tend to be risk averse, and as such they have an inherent distrust of new, disruptive technologies. However, Lancashire did its homework and decided that the actual risk of investing in the Westmill Solar Co-operative was very low. By being one of the first movers in this area, it has reduced the perceived risk for future investors, and is helping other pension funds get into renewables.

Or how about Golden Gates Housing Trust? GGHT saw the potential not just for renewable energy to improve the quality of life of its residents, but actually decided to offer them the chance to become part of the process. The Trust has expanded into a fully certified installer of solar PV, solar thermal and ground source heat pumps, clocking up nearly 1,000 installations to date.

Then there’s Dytecna, who, after realising it was over-dependent on defence contracts, has decided to diversify its operations into a wide range of renewable technologies, from closed loop biomethane-based transport fuel production to the development of solar ovens for humanitarian development projects overseas.

Renewables are also breaking new ground in the Community enterprises arena (an award sponsored by Infinis). The Devon Association for Renewable Energy (DARE) has been helping communities realise their renewables ambitions since 2000. Not content with advising specific projects, DARE also works hard to educate communities, businesses and even schoolchildren about the benefits of community renewables.

South London meanwhile is home to the Repowering group, which is looking to expand its community energy model across the UK following its excellent success so far. It is not just the 20 tonnes of CO2 displaced by a typical Repowering solar PV project which makes it special; it is its focus on community engagement and empowerment. This is shown in the 10 paid work experience placements Repowering has created with each project, as well as the six internships and four energy audit Train the Trainer workshops.

Indeed, Skills Development is another aspect of renewables we are celebrating this year, with its own award category for the first time. Our 2012 Made in Britain report showed Britain had the potential for up to 400,000 renewables jobs by 2020. However, massive up-skilling is needed to attain this prize, and it is wonderful to see the great work that industry is doing on this.

In Hull, for example, Vivergo Fuels has recruited several employees directly through the local Job Centre, as part of an innovative partnership with Hull College. You might think then that this is a small company doing just a little bit of renewables. Think again – Vivergo is the largest single producer of bioethanol and animal feed in the UK, with annual outputs of 330,000 tonnes and 450,000 tonnes respectively.

Then there’s NatWest, which realises it’s not just engineering where we need to learn up, but financing, too. Three hundred NatWest managers have now been successfully trained in the bank’s innovative Renewable Energy Financing Programme, and sustainable energy is now one of four ‘key pillars’ for the Royal Bank of Scotland Group.

Finally, let’s take a look at some of those landmark renewable energy Projects (an award sponsored by reNews). Some of these projects serve a strong iconic function, such as the Solarcentury Blackfriars Bridge. This project, the largest solar bridge in the world, links renewable energy to the great British engineer Isambard Kingdom Brunel and the UK’s strong heritage in bridge building and railways. It is renewable energy built, quite literally, on Victorian foundations.

Other projects impress for the downright never-give-up attitude of the developers. The Wick district heating scheme, for instance, suffered setback after setback in its troubled development, and the plug was almost pulled on multiple occasions. But Ignis was this year finally able to announce the project as operational – and one of the turning points for the project was Ignis’ immediate decision upon taking on the project to switch the fuel source from heating oil to biomass, which turned the floundering economics of the project on their head.

Or maybe Prince Charles’ Poundbury biomethane project will take the crown? The first commercial scale green gas to grid project in the UK is a remarkable achievement. The collaboration between JV Energen and Scotia Gas Networks has come to serve as a pioneering exemplar of UK biomethane, and the challenges this scheme has encountered and overcome have helped remove technical and regulatory barriers for new entrants into the market.

This is just a small taster of the stories we’ll be telling on June 13. I’ve not covered the whole shortlist for any of the categories above, and that’s before we even get on to the inspiring Installers and Innovators, the crème de la crème of Companies, the exemplary Leaders and the deserving Champions.

To hear these stories in full, along with first-rate networking, a delicious dinner, plentiful wine and after-dinner entertainment from former Conservative politician Michael Portillo, join my colleagues and I at the Jumeirah Carlton in Knightsbridge next Thursday. I look forward to seeing you there.