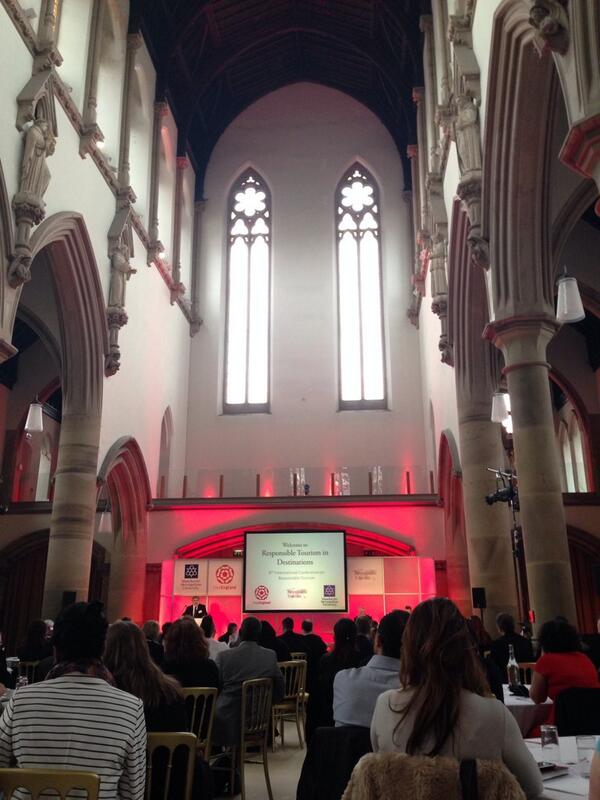 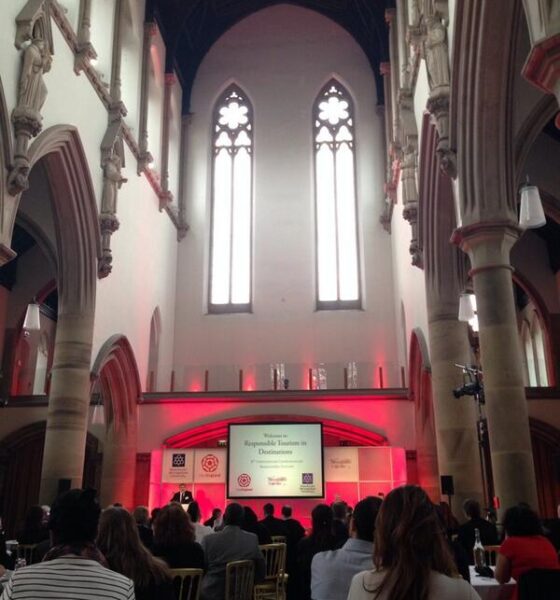 Leading figures from the travel and tourism industry gathered in Manchester on Thursday for the eighth international Responsible Tourism in Destinations (RTD8) conference. Here’s what was said in the afternoon session on day one.

For a review of the morning session on day one, see here.

After a packed morning session on day one – and following a tasty selection of food at lunch – RTD8 reconvened in the Great Nave at Manchester’s Gorton Monastery.

The first session of the afternoon was a panel discussion on what we could learn from the Wise Growth Action Plan case studies. This is an attempt to underpin sustainability principles into local tourism initiatives. The phrase ‘wise growth’ is used in place of sustainable or responsible tourism, as a way of making the discussion broader.

Anthony Climpson from the New Forest district council spoke of the need to create “mutual” relationships between all parties – the communities, the visitors and the destination management organisations (DMOs).

He stressed that while this may sound daunting, it can actually be an incredibly fun process: “There’s nothing more frightening for local councils than council officers having fun – it frightens them to death.”

Paul Simpson from Visit Manchester and Craig Wilson from Visit County Durham each gave their perspectives on how the Wise Growth Action Plan had benefitted their areas.

Meanwhile, the panellists all agreed that the environment had to underpin everything that they do. But Climpson added that there was “great difficulty” in doing this – often because the impact of tourism is hidden.

The afternoon’s first keynote speaker was Jon Lamonte, chief executive of Transport for Greater Manchester. He said Manchester now has 1m passenger journeys every weekday (many of them tourists) – and is the third most popular destination for visitors, behind London and Edinburgh. This means that tourism needs to work closely with public transport providers to create sustainable and efficient ways of getting visitors around and providing them with easy access to venues.

He also said he was “looking forward” to the multi-billion pound HS2 high-speed rail link – which has caused great divides among those in the sustainability space.

Lamonte was followed by Elaine Zekevica, business development manager at Virgin Trains, who reworded a famous Monty Python phrase to open with: “What has rail ever done for tourism in the UK?” Quite a bit – as she soon explained – with trains playing an important role in both business and leisure.

The two keynotes on transport made for a good transition into the next panel discussion – which looked to determine what success looked like.

Three panellists were asked to present on the approaches they have taken to either improve the visitor experience, collaborate to manage the destination or address a challenge in tourism locally or nationally.

Kicking things off, Hetty Byrne from the Forest of Bowland said they didn’t focus on attracting large number of visitors. The forest wouldn’t cope even if that were the case. Instead, it is more about the “little wows” and self-discovery – as well as, importantly, supporting the local and rural economy.

Jim Jones of Conwy council in Wales explained how rubbish, vandalism and even unruly seagulls were real obstacles in attracting visitors. Ending with four bits of advice for other destinations, he said: prepare to be challenged; be transparent; encourage the private sector to take a lead; and always have attention to detail.

Alex Paul from the Suffolk Coast and Sam Richardson from the National Coastal Tourism Academy in Bournemouth rounded things off with tales about their experiences in destination management.

Into the final leg of RTD8’s first day, next on the agenda was a panel discussion on the internet and the rise of online travel agencies (OTAs). Should the industry compete or collaborate?

Justin Francis, managing director of responsibletravel.com said it was almost definitely the former. He pointed towards the example of TripAdvisor, which he said local businesses were using in vast numbers.

Helena Egan, who is head of destination marketing sales at the online travel website, said DMOs were not utilising it enough.  Meanwhile, while some in the industry think the rise of internet-based booking websites could spell an end to traditional DMOs, Nick Hall from the Digital Tourism Think Tank argued that they still had a big role – but that they must adapt to the industry’s developments.

The penultimate session was a brief – and slightly unusual – one. Timothy Jung from Manchester Met came to the stage wearing Google Glass – Google’s wearable computer that displays information like a smartphone crossed with a pair of glasses.

Discussing the role of Google Glass – and augmented reality more generally – Jung said it could really enhance the visitor experience. Accessing information on your immediate surroundings, for example when in a museum looking at paintings, could be a really interesting step forward for the tourism industry, he added.

RTD8’s founder and co-ordinator Harold Goodwin then returned to the stage to chair a debate on whether tourism uses destinations or destinations use tourism. This question becomes even more interesting when you replace the word “destinations” with an actual destination. For example, does tourism use Wales or does Wales use tourism?

Manda Brookman, director of CoaST One Planet Tourism, delivered an excellent speech that looked at the environmental and social limits tourism is operating within. This was followed by similarly impassioned comments from Jane, Lady Gibson – the chairman of Visit York – who detailed exactly what her city was doing to grow its tourism industry sustainably.

To conclude the first day, the conference relocated to Manchester Metropolitan University for Goodwin’s inaugural lecture. He spoke about his career, the problems the industry faces and how we can all take responsibility for the future of tourism.