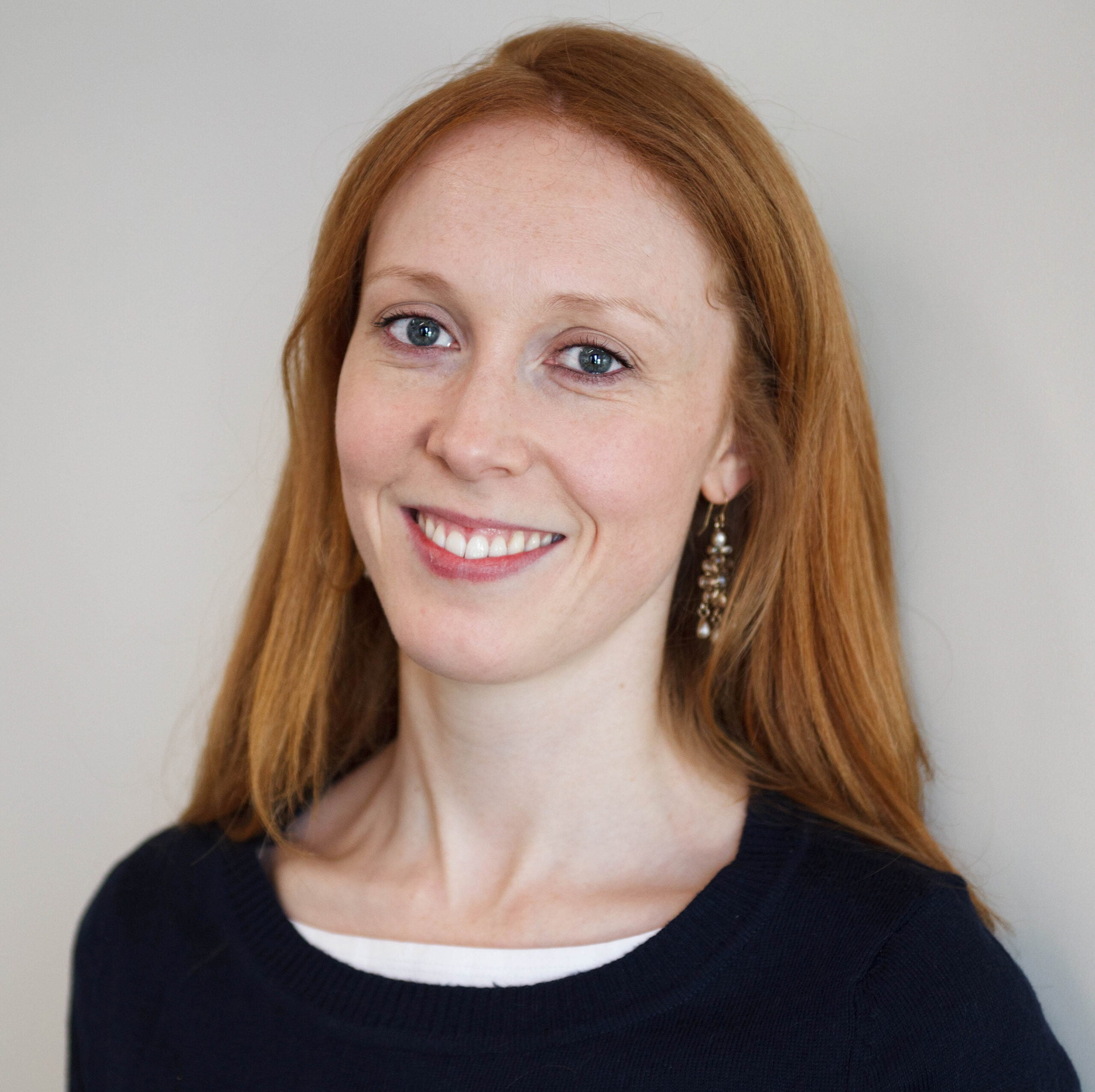 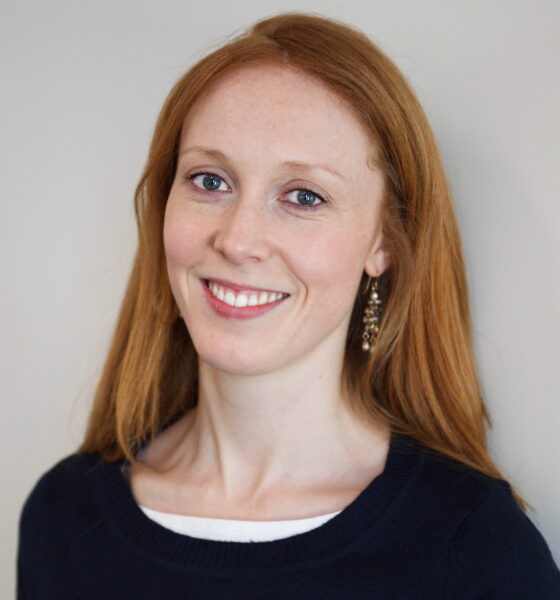 In September 2011, Emily Mackay saw a gap in the market for a website that allows people to put money into a renewable energy project. Twelve months later, Microgenius is a fully-fledged business. She spoke to Joseph Iddison about her journey.

“It is designed to support co-operatives which to date haven’t had a national platform to display their offer, and to give investors hunting for good places to put their money an easier way to find offers.”

Still in its infancy, and yet aiming to be the market leader in its field, Microgenius is a not-for-profit organisation supporting UK industrial and provident societies with their green projects.

But where did it all begin for Mackay, the company’s managing director?

“I worked in the telecoms and media sector for many years, as well as having a big passion for renewable energy and all things green”, she explains.

“I spend a lot of my time cycling around everywhere!

“I was trying to find interesting green investment opportunities to put my money into, having been told I couldn’t install solar panels on my own roof. I found it incredibly difficult to find those opportunities.

“I discovered there were such things called community shares, essentially shares in cooperatives, but it was very difficult to find them because there was no single place for them to present their share offer to investors.

“The projects themselves told me that they found marketing to investors hard work, particularly as budget and expertise was limited.”

And it was this problem that prompted Mackay to come up with a solution. As a national platform, Microgenius enables community projects to attract more interest and awareness, and is a place for everyday people to find potential investment opportunities in their area – all in one secure online location.

And this is where Microgenius comes in – attracting co-operative projects by offering an affordable, professional avenue of attracting new members.

On the face of it, it could be compared to Abundance – which also allows people to invest in renewable energy projects. The big difference between the two companies, though, is that Abundance deals with large commercial projects, while Microgenius is a not-for-profit focusing on popular community share investment.

“We see being non-profit as really important”, Mackay says.

“What we’re trying to do is allow people to invest in sustainable energy whilst also supporting community benefit, so instead of taking excess money out of that system – to keep as our own profit – we’re offering a model that helps more money stay within the project.

Community shares are not designed to bounce up and down in value, as with shares on a stock market – they’re very stable from that perspective

“And if the society is doing well financially then returns for investors will be better. It also helps projects that are using some of their income to support other projects within their community. We think our not-for-profit model spreads the financial benefit more broadly and is therefore better for society.”

Microgenius sees promoting environmental co-operatives, which offer an equal vote for every investor, as very relevant and important to today’s financial climate.

“Industrial and provident societies are an extremely democratic form of enterprise – everybody who invests gets one vote regardless of how much they’ve put in, so you get a say in the running of the project”, Mackay adds.

“They pride themselves on that.

“Unlike other types of investment, where it is largely out of your hands how that project or business is run, with industrial and provident societies the investor has more control. You have some ability to influence the direction of the project.

“With renewable energy projects, you’re often getting a return based on an energy generation tariff which is fixed by government. So there is also some security for the society and therefore the investor there.”

And that is not the only advantage to investing in co-operatives.

“Upsides include being able to withdraw your capital. With industrial and provident societies, you are entitled to ask for your money back”, explains Mackay.

“If you put £1,000 into a project, you would get interest payments on that, according to how the performance of the project, and then at the point you want to take your money back, as long as the society can afford to do so, you can get your £1,000 back.”

The mere mention of the word ‘share’ might provoke a wince of anxiety in some, particularly in recent times when the market has experienced significant volatility. However, co-operative shares differ significantly to their counterparts in the City.

“Community shares are not designed to bounce up and down in value, as with shares on a stock market – they’re very stable from that perspective”, reassures Mackay. “It’s actually a very different kind of capital, it just goes by the same name.”

Another important principle for Microgenius is its honesty.

“We’ve put clear information on our website – we haven’t put any waffle! If you like the idea of being able to invest in a renewable energy project, and get a return on that money, then go to our website, take a look at how it works, and take a look at the project information before you click ‘Buy Shares’. If you have any further questions then someone at Microgenius will be very willing to help you, just drop us a line or call.”

So why are community projects started?

“The motivations for renewable energy co-operatives are very much environmentally focused. The people who are setting them up are doing so because they have very strong feelings about environmental impact.”

And why would people want to invest in them?

“Some people just want to do something really good for their community; some people like the idea of being involved in a society that’s very democratic and knowing where their money goes, in more transparent ways than some traditional investment; and others are looking for a strong but ethical financial return.

We really feel we are at the forefront of alternatives to banking and traditional investment, supporting a significant resurgence in co-operative activity

A year on and Microgenius is now at the forefront of environmental innovation, helping projects across the nation.

“The first project to use Microgenius, a biomass project called Woolhope Woodheat, closed early because it was so popular”, explains Mackay.

“On the website we currently have a woodfuel project in Greater Manchester called TreeStation closing at the end of October and a hydro turbine from Sheffield Renewables. They’re both wonderful co-operatives set up by experienced and inspiring people, and offering attractive financial returns. We’re in discussion with many other innovative energy co-operatives too. So expect to find many more community share opportunities on the site in future.”

That is now. But what for Microgenius and renewable energy projects in the future?

“Our aim is to be the default national platform for community shares”, envisages Mackay.

“We really feel we are at the forefront of alternatives to banking and traditional investment, supporting a significant resurgence in co-operative activity. Microgenius hopes to bring community share opportunities to people who would otherwise not have found them thereby supporting social, environmental and financial impact.”

And with growing demand for fossil fuels, as well as added pressure to meet ambitious emission targets, Microgenius is hoping to do its bit.

“The question, really, is whether the technology can be implemented fast enough, and energy demand be reduced quickly enough, to achieve sustainable living.

“The government targets are there to be reached and we’re really happy to be contributing to that and getting as many people as we can involved, and that’s the idea of having a national platform for community shares.

“It becomes very easy to find those projects to invest in and you don’t have to be massively wealthy to do so either. We’re giving everyone an opportunity to get involved and help to meet those government targets.”

If you are interested in investing in a community project, then head over to the Microgenius website. Or perhaps you’ve been inspired by Emily Mackay’s journey?