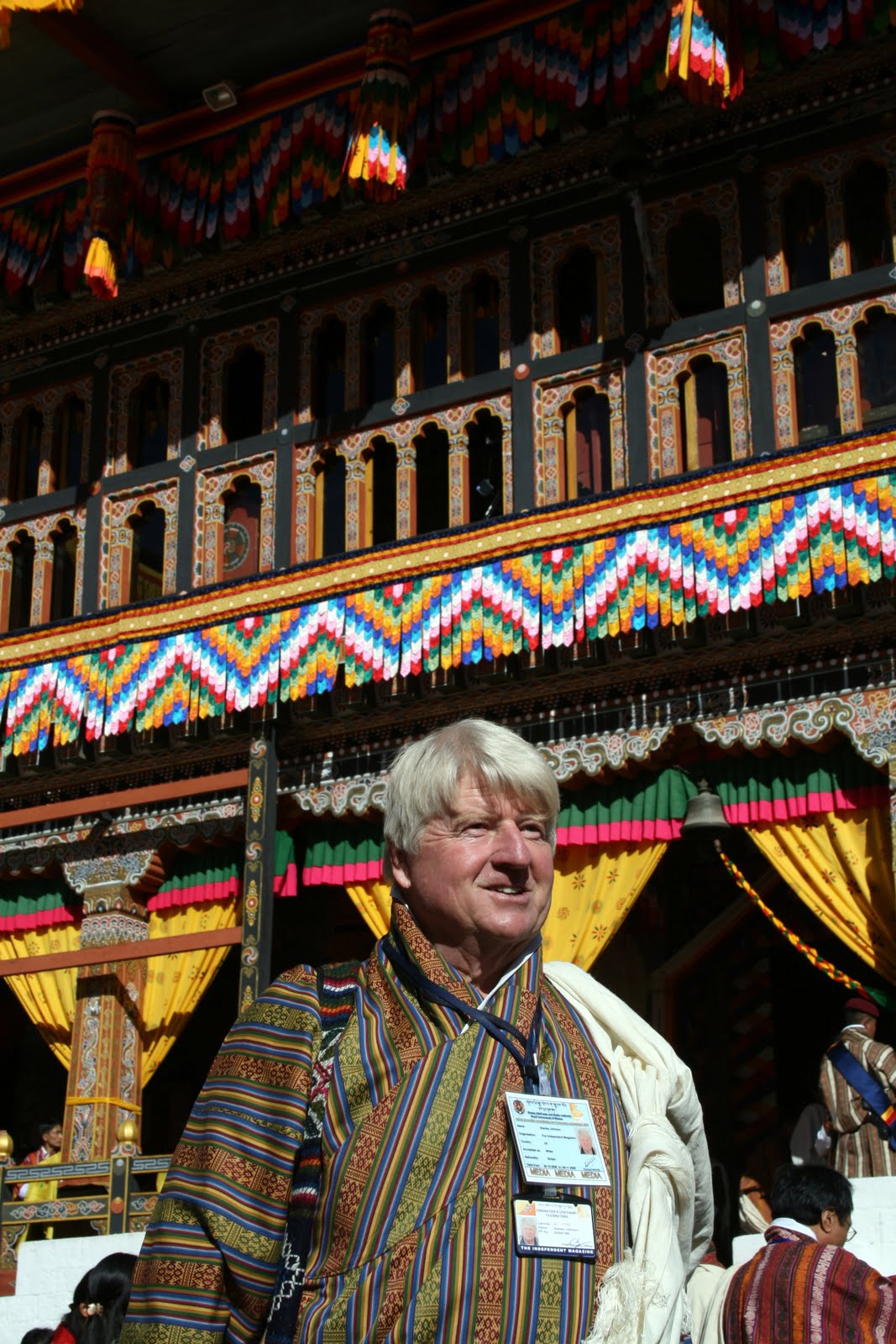 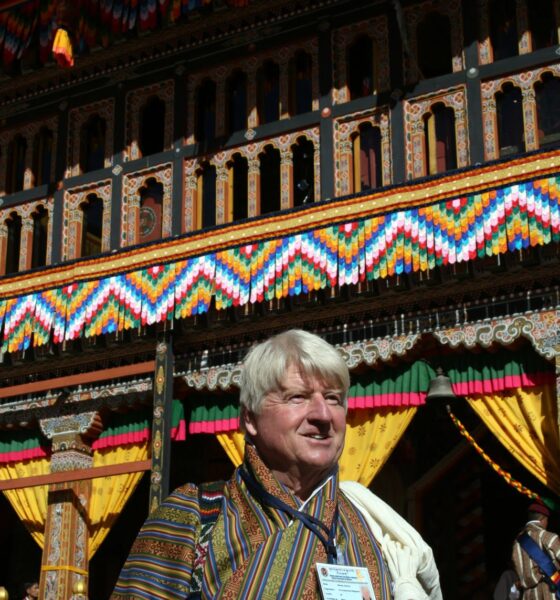 1972 was an historic year for the embryonic environmental movement. As well as the UN Conference on the Human Environment, which took place in Stockholm in June of that year, the case for protecting the environment was bolstered by the publication of The Ecologist magazine’s Blueprint for Survival manifesto and the Club of Rome think tank’s seminal book, The Limits to Growth.

Set against the context of a rapidly increasing population and a growing awareness of humanity’s negative impact on planet Earth, the scientific thinking and analysis that rose to prominence in the early 70s broke new ground and blazed many new trails that we take for granted today.

As it was, it formed part of a ripple effect that helped move the environmental movement from wilder fringes into the centre of current mainstream thinking.

In the same year as the above events (1972), Stanley Johnson (born 1940) – writer, environmentalist, former politician and father of Boris, mayor of London, who was six at the time – published The Politics of the Environment. In it, he argued that we needed “stable societies: both in respect of population and output”.

Born in Penzance and grandson of the last interior minister of the Ottoman empire, Johnson read greats (classics or Latin and ancient Greek) at Oxford. While an undergraduate, he travelled by motorcycle and sidecar with two fellow students from Oxford to Afghanistan via Venice and India, as covered in the 1964 book by Timothy Severin, Tracking Marco Polo.

It was while working at the World Bank – an international financial institution that provides monetary support to developing nations – in the 1960s that Johnson was first made aware of the scale of the human and environmental problems we face. He became convinced that the continued growth of the world’s population was the most important issue, and that population and family planning programmes should be high on national and international agendas.

A year after the publication of The Politics of the Environment in 1972 – his sixth book – global population stood just short of 4 billion. It had broken the 3 billion mark in the late 50s, and would go on to pass 5 billion in the late 80s, 6 billion in 1998 and 7 billion in 2012. Current estimates suggest Earth will have 9 billion inhabitants before 2050 and 10 billion by the turn of the century.

Few would now dispute that Johnson rightly had genuine cause for concern. Providing food and energy for our growing and increasingly affluent population have become some of our most clear and present dangers, and the defining challenges of our generation.

So much so, that a Royal Society report from April 2012 described how current levels of global consumption would lead to an “unequal and inhospitable future”. Jules Pretty, professor of environment and society at the University of Essex and one of the 23 authors of the report, told Blue & Green Tomorrow at the time that if population and consumption go up simultaneously, we’re in “real trouble”.

By his own admission, Johnson’s interest in population issues “segued into a concern for the environment” in the late 60s and early 70s. His primary motivation was, and still is, “to diminish the impact of the human race and to leave more space for animals and plants that have as much right as human beings to live on this planet.”

This was a time when the environmental movement, as we now know it, was in its infancy: scientists were beginning to grapple with the idea that human activity was causing climate change. The term ‘global warming’ sounded rather pleasant for residents of notoriously wet and windy places like the UK.

“Environmental policies and programmes over the last 40 years have been aimed at holding back the deterioration of the environment and it is indeed possible that without some of these plans and actions, things might be even worse today than they actually are”, he says.

Johnson’s latest publication – about the UN Environment Programme and called UNEP The First 40 Years; A Narrative – is available free on the UNEP website. It summarises some measures taken at international level, which Johnson says “may have helped stem the tide of environmental destruction”, such as action on ozone layer depletion.  However, “most actions”, he says, “are of the ‘too little, too late’ variety.”

After working at the European commission for six years, Johnson left to pursue a career in politics, becoming Conservative member of the European parliament (MEP) for Wight and Hampshire East in 1979. He held the seat for from 1979 to 1984.

Just over two decades later, his eldest son Boris would follow in his political footsteps by being elected Conservative MP for Henley – and his third son, Jo, would be elected MP for Orpington in 2010. Boris, of course, is now mayor of London.

Johnson Sr had two other children by his first wife. Rachel is a former editor of The Lady magazine and a columnist for The Mail on Sunday (Boris and Jo have also had successful careers in journalism) while Leo is a partner at PricewaterhouseCoopers (where Stanley was an adviser), and perhaps the staunchest advocate of environmental and sustainability causes of all four siblings. He has two more children, Julia and Max, by his second wife, Jennifer.

As far as economics are concerned, we have to get away from this ‘let’s go for growth’ mindset

Stanley Johnson’s experience at the European commission undoubtedly helped him secure the role of vice chair of the environment, public health and consumer protection committee while an MEP. One of his most notable political victories came in 1983, when, a year after he had tabled a draft resolution to the European parliament, the EU banned the import of skins from whitecoat harp seals that were less than two weeks of age.

The move was seen as a triumph for environmental campaigners, and as such, seal populations increased in line with the seal hunting market’s gradual decline.

Johnson, though, does not think that politicians are doing enough to tackle the 21st century’s key environmental challenges. He adds, though, “This is simply a reflection of the democratic process. The environmental message has not got across to the electorate.”

He agrees that these battles are not being helped by the ‘anti-climate’ links that many current UK politicians boast. A World Development Movement (WDM) report from March warned of dozens of worrying links between government ministers and companies that contribute to dangerous climate change.

Somewhat astonishingly, the WDM revealed that a third of ministers have ties with the big finance and fossil fuels industries that are ramping up greenhouse gases. Foreign secretary William Hague, for example, previously worked for oil giant Shell, and helped Tullow Oil pay off a huge tax bill in Uganda. Meanwhile, the chancellor George Osborne is said to have accepted generous donations from the head of CQS, a hedge fund that finances fossil fuels.

Osborne has done little in his political career to discourage promoters of this anti-environmental ideology. His most recent budget statement was significantly lacking in environmental measures – and instead, gave tax breaks to shale gas developments and backing to more new roads.

London Evening Standard columnist Amol Rajan described the environmental credentials of Osborne’s as “pitiful”, and said the coalition’s lethargic approach to anything green was a “betrayal of conservatism itself”.

Among Johnson’s environmental heroes is Teddy Goldsmith – the elder brother of the late billionaire financier James. Teddy founded The Ecologist and co-authored A Blueprint for Survival. In the late 90s, his nephew Zac would take the editorial reins at The Ecologist, before becoming a Conservative MP himself in 2010 – albeit with an inherently deep green streak. Meanwhile, Zac’s younger brother Ben is co-founder of WHEB Partners, whose Sustainability Fund invests in businesses that are tackling the most urgent social and environmental challenges.

Johnson attempted a political relaunch in the 2005 general election, when, aged 65, he contested the Teignbridge parliamentary seat for the Conservatives, only to lose out to the Lib Dems. The Conservatives last narrowly held the seat in 1997, against a rising Lib Dem insurgency.

He now spends much of his time on Exmoor, where the Johnsons have farmed for over six decades. He travels widely and continues to write about environmental and wildlife issues, which are still very much at the forefront of his mind.

“As far as economics are concerned”, he says, “we have to get away from this ‘let’s go for growth’ mindset.”

Stanley Johnson with his wife Jennifer and their dog.

Stanley Johnson is also a former chairman of the Gorilla Organisation and a former board member of Plantlife International. He is the recipient of the RSPCA’s award for outstanding service to animal welfare and Greenpeace’s award for outstanding service to the environment and won the Newdigate Prize for Poetry in 1962. He has had nine novels published, one of which – The Commissioner – was made into a film, starring John Hurt. In September this year, he will be climbing Kilimanjaro (for the second time) to raise money for Exeter College, Oxford’s 700th anniversary appeal.