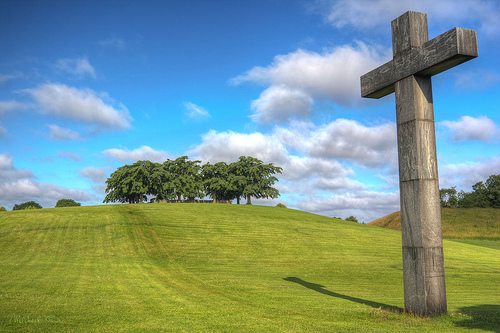 Earlier this month, 200 evangelical Christian scientists wrote an open letter to the US Congress, urging for climate change legislation to be passed on religious grounds.

It read, “All of God’s creation – humans and our environment – is groaning under the weight of our uncontrolled use of fossil fuels, bringing on a warming planet, melting ice, and rising seas.

“As Christian scientists and educators, we offer our knowledge, experience, and prayerful witness to assist you and all of our nation’s leaders who are willing to address this urgent challenge.”

In his State of the Union address in February, Barack Obama said that if Congress did not soon take action to reduce pollution, prepare for climate change, and encourage the transition to renewable energy sources, then he would.

And he did. In June, the US president unveiled his Climate Action Plan. But putting it into action will not be easy.

Last week, Republicans in the House of Representatives proposed a move to cut the plan’s budget. Furthermore, over half of congressional Republicans are climate change deniers, according to ThinkProgress.

However speaking to Blue & Green Tomorrow, Dorothy Boorse, professor of biology at Gordon College in Massachusetts and one of the lead authors of the scientists’ letter to Congress, explained that it was driven by a desire to present a more “nuanced” evangelical voice to politicians.

“I think right now, many evangelicals are sceptical of science and are leery of ‘environmentalism’, but if you give them a concrete example of people being hurt by environmental degradation such as mountain top removal, mercury poisoning, or sewage pollution, they are quick to make the link between faith and care of the environment.

“I think like everyone else, evangelicals can hear any message best from someone who loves and respects them.”

Boorse explained that in her view, the natural world and religious faith go hand in hand.

“I myself have a root in the Mennonite tradition”, she said.

“From the time I was a child I was taught that caring for the natural world was a part of our job as humans and a part of loving our neighbour. I think this fundamental concept is a part of many faith traditions.”

She concluded that groups such as the Young Evangelicals for Climate Action, and the AuSable Institute of Environmental Science gave her hope for a future of environmental activism by evangelicals.

“I believe the next generation is ready to take more action, in part because they have grown up with things like the ozone hole, recycling, lead paint and climate change in the news. They really want to see the church be a leader on these issues.

“I see a sea change ahead, culturally and within the church, in which care of the environment is seen as a part of our morality, and deeply connected to our service of the least privileged.”