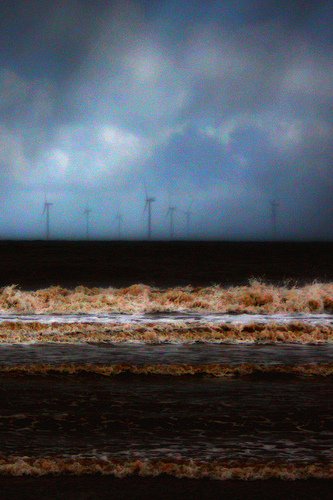 In the final instalment of a three-part investigation into the media’s coverage of climate change, Gavin Smith looks at how the stamp left by Climategate, James Lovelock and the Gaia theory have affected journalism.

In 1985, the BBC screened the Cold War TV thriller, Edge of Darkness. The story’s protagonists become anti-nuclear activists, fighting against a militarised nuclear processing industry while at the same time embracing the Gaia hypothesis. Paradoxically, one character expresses her joy that nuclear war will cleanse Gaia of mankind’s abuses shortly before she is killed in a bid to end a nuclear programme.

While not journalistic, this influential piece of popular fiction amply illustrates both a conflation of hazards to form one extinction theory, and a blurring of the lines between science and philosophy; both amply reflected in media coverage and political propaganda.

In 2008, the foreign policy think-tank, The Carnegie Endowment for International Peace, published an incisive article on the new acceptability of nuclear energy. For much of the last half-century, it read, “’nuclear’ has been synonymous with ‘doom’”. Indeed, “many opponents of nuclear power and many supporters of nuclear disarmament had come to see themselves merely as different manifestations of the same movement.”

Now that nuclear war has been supplanted by global warming as the most favoured cause of our extinction, nuclear power has become not just acceptable but ostensibly virtuous: “some countries intend to harness nuclear power toward green ends [while] other nations will use warming as a pretext for less virtuous purposes.”

Writing of his own Damascene conversion in The Washington Post in 2006, Patrick Moore, one of the founders of Greenpeace said:  “I believed that nuclear energy was synonymous with nuclear holocaust…. Thirty years on… nuclear energy may just be the energy source that can save our planet from another possible disaster: catastrophic climate change.”

The Gaia theory remains evergreen, despite the causative change in the means of our destruction. James Lovelock’s description of Earth as a single, self-regulating organism has been criticised for its illogical assumptions and questionable methodology.

James Kirchner of Berkeley conceded that Gaia’s vision “of Earth as a harmonious whole” is “emotionally very appealing”, but climate change science must be “as free as possible from our preconceptions of the way the world ought to work.”

Gaia is however useful as a polemical or philosophical model. Originally trained in medicine and chemistry, Lovelock now describes himself as having “an independent practice in science” and as the originator of the “Gaia Hypothesis”.

In reviewing Lovelock’s 2006 book, The Revenge of Gaia, The Observer noted the lyrical, portentous quality of the writing: “It is grand, biblical stuff, like an evangelical preacher cursing his wayward congregation.” Lovelock is a thinker, a polemicist and an eloquent advocate for his cause. Yet rarely is he described with such care in the media.

Instead, Lovelock is typically presented as a scientist rather than as a philosopher, thinker or polemicist; furthermore, the term ‘scientist’ is often used as if it might be a synonym for ‘oracle’. The Daily Express described Lovelock as “one of the world’s most respected scientists”; answering a momentous question, “he is unfazed as he relays his wisdom”.

In the synopsis of a BBC documentary, Lovelock is one of “the minds behind some of the greatest scientific discoveries of our age”, despite his struggle against a “scientific establishment [that] stifles intellectual creativity”.

The Guardian’s position is somewhat more sober – Lovelock is “the globally respected environmental thinker”. The Daily Mail was by comparison melodramatic and variously inaccurate with this exclamation on Lovelock’s work: “We’re all doomed… [and] there’s nothing we can do about it, says climate change expert.”

The media’s tendency to resort to stereotype and depict scientists or scientific commentators as either all-knowing oracles or outright charlatans was much in evidence in the coverage of ‘Climategate’. In late 2009, the University of East Anglia’s Climate Research Unit’s (CRU) server was breached by a hacker. Emails and other documents were taken and passed to climate change sceptic websites.

Due to the prominence of its scientists in the reports of the Intergovernmental Panel on Climate Change, the CRU had been a focus of concerted efforts by climate change sceptics to obtain its records, ostensibly in a bid to winkle out inconsistencies.

In June 2008, the climate sceptic blog, Climate Audit, reproduced a lengthy and prolix correspondence in which the site demanded the release of data under the Freedom of Information Act, and the CRU declined on the grounds of cost and confidentiality and referred the matter onwards.

While the enquirer points out that “the public interest in the assessment of climate change […] outweighs any consideration of confidentiality” and asserts that the CRU is “overestimating the issue of assembling the relevant documents”,  this site exemplifies a glaring feature of this debate: hard science comes a poor second to ethical point-scoring.

The popular impression that the CRU had been secretive proved to be far more damaging than any supposedly concealed data disclosed by its emails and documents. Denied any gross factual fallacies, the media could still seize upon the implications of the CRU’s apparent siege mentality. Few outlets were as even-handed as The Philadelphia Enquirer, which wrote; “the emails give little new information and appear to have failed to change the mind of anyone within the scientific world.”

The bulk of the emails were concerned with such mundane matters as the processing of statistical data, so predictably the glimmers of fallible humanity attracted most coverage. Far-right US radio broadcaster Rush Limbaugh seized upon the use by CRU staff of the phrases ‘trick’ and ‘hide the decline’ as “substantial fraud”, manifestly so “because liberals are behind it”.

Scarcely less right-wing but more mainstream, Fox News remarked that the CRU had “brazenly [discussed] the destruction and hiding of data that did not support global warming claims.”

The more sober Associated Press concluded that the messages didn’t disprove global warming, but did “show that [the CRU] stonewalled sceptics and discussed hiding data.”

The Daily Mail took the opportunity to announce that global warming had made a “U-turn” and had stopped in 1995, then dusted off the stereotype of the absent-minded professor, lacking “organisational skills”, having “trouble ‘keeping track’ of the information” and inhabiting an “office swamped with piles of paper”.

The left-leaning Huffington Post pointed out how completely the issue had been hijacked by political interests: “The nickname should be ‘Swifthack’ for the way people with political agendas have ‘swiftboated’ the global warming reality”. They also recorded how the niceties of data handling in Norfolk had fed into the parochial politics of former vice-presidential candidate, Sarah Palin, who decried “doomsday scare tactics pushed by an environmental priesthood that capitalizes on the public’s worry and makes them feel that owning an SUV is a ‘sin against the planet’”.

While wholly political in the sense of being concerned with public policy, one of the least brazenly partisan verdicts can be found in the Parliamentary Science and Technology Select Committee’s report of March 2010. The phrases ‘trick’ and ‘hiding the decline’ were “colloquial terms …. not part of a systematic attempt to mislead”. However: “the climate science community [needs to] become more transparent by publishing raw data and detailed methodologies.”

A Guardian article reported these findings sympathetically despite a conspicuous attempt at balance, including an accusation of “whitewash”.  It featured a telling comment from the Parliamentary Committee’s chairman on the CRU’s Phil Jones: “[He] has…been scapegoated as a result of what really was a frustration on his part that people were asking for information purely to undermine his research.”

Those who formed the media response to ‘Climategate’ did not use bad judgement. They simply obeyed the ethics of their salaried trades, which dictate that they exploit and report a news story according to the agenda of their political backers, the expectations of their audience, the prejudices of their editors or the dramatised norms of news.

The CRU arguably did use bad judgement. By choosing to confound the sceptics, they took a political stake in a war of presentation, a stance that outwardly suggests a prejudice that may be arguably benign but remains incompatible with empiricism.

The ethics of journalism and science may overlap but are essentially distinct and in many ways incompatible. To report any area of science accurately requires an appreciation of this fact and a sceptical approach to any hint of orthodoxy.

Read part one and part two of Gavin Smith’s investigation.