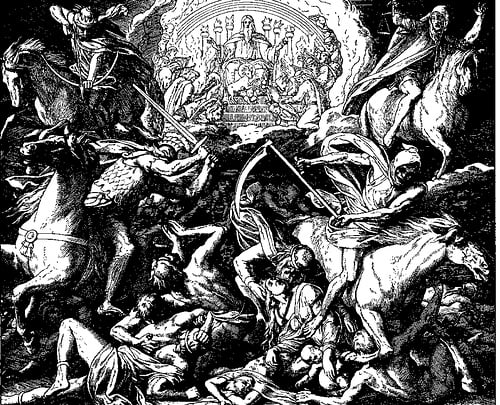 On the fourth day of our countdown to our crowdfunding campaign ending we look at four people who are materially affecting the climate change debate in the UK, and have powerful platforms to do so.

Climate change deniers come in all shapes and sizes. Strangely, very few seem to have the scientific credentials and back catalogue of peer-reviewed literature you’d expect considering the strength of their opinions on a scientific subject.

A friend of B&GT (he once described our editor as an “epic wanker”), the Telegraph blogger recently stood as an anti-wind candidate in the Corby by-election, a constituency that has no wind farms as pointed out by the New Statesman. On Wednesday, he stood down, querying whether his brief run at elected office was “the most successful campaign in the history of politics”. The fact that polling by Lord Ashcroft showed he had less than 1% support had nothing to do with his decision.

Delingpole gained fame by being one of the first to wrongly declare that illegally hacked emails showed climate scientists were trying to con the public. They didn’t and they weren’t.

Delingpole admits to not reading peer-reviewed scientific literature on climate (he reads what other people say, who claim to have read the literature), but still expresses very strong views on the subject nevertheless. Another friend of B&GT, Nobel prize-winner Sir Paul Nurse (PRS, PhD), spoke to Delingpole in 2010 in a Horizon programme entitled Science Under Attack. In this short five minute clip (well worth watching), you can draw your own conclusion over who is the individual we should take seriously and who is not.

Monckton is an outspoken denier of human-caused climate change. On Wednesday (it was Halloween, after all, so all the ghouls were out), he claimed that global warming did not cause Hurricane Sandy. That’s a strawman argument anyway, as no serious climatologist was claiming that this was the case. Many were saying that a warmer sea would contribute to worse storms, and that has the coincidence of being true.

In a vain attempt to give himself some credibility, he claimed to be “an appointed expert reviewer” of the forthcoming fifth Intergovernmental Panel on Climate Change (IPCC) report – a claim that is beautifully demolished in this piece by Graham Redfearn.

In Redfearn’s subsequent conversation with the secretariat at the IPCC, he was told, “Anyone can register as an expert reviewer on the open online registration systems set up by the working groups. All registrants that provide the information requested and confirm their scientific expertise via a self-declaration of expertise are accepted for participation in the review. They are invited to list publications, but that is not a requirement and the section can be left blank when registering. There is no appointment.”

If you’re trying to make a case about scientific corruption and conspiracy it’s probably best not to make false claims to support your own credibility. It’s worth reading the Redfearn piece as it sets out quite clearly how seriously economic with the truth Monckton can be.

The former chancellor of the exchequer secured his place on our list by being the author of An Appeal to Reason: A Cool Look at Global Warming and, more recently, the founder and chairman of The Global Warming Policy Foundation (GWPF). With regard to the book, Robert Watson (PhD in Chemistry), the former head of the IPCC and now director of the International Assessment of Agricultural Science and Technology for Development, accused Lawson of selective quotation and not understanding “the current scientific and economic debate.”

The GWPF sounds innocent enough (we could certainly do with some more serious policy), but it stubbornly refuses to reveal its funding as all charities should. The only known funder is a leading Conservative party donor and Australian hedge fund owner, Michael Hintze. We would like to know why they are so shy.

The GWPF’s first act was to call for a high-level, independent inquiry into the aforementioned hacked e-mails. This they got eight times and, as we’ve pointed out, all eight found no evidence of fraud or scientific misconduct.

A 2011 analysis by Carbon Brief concluded that nine out of 10 climate scientists who claim that climate change is not happening have ties to ExxonMobil (the oil giant). Many of their papers appear on the GWPF website.

Let us also not forget that this is the same Nigel Lawson who was the chancellor of the exchequer at the time of the Big Bang, which was the root cause of Black Monday and our current financial crisis, born of unregulated speculation. He also presided over the unsustainable and inflationary Lawson Boom, which precipitated the recession of 1990-1992. Talented chap.

The current chancellor of the exchequer recently described parliamentary climate change campaigners as an “environmental Taliban”. Comparing colleagues who have a genuine, scientifically-evidenced concern for manmade climate change and the levels of pollution caused by burning fossil fuels with a group violent, oppressive, medievalist fundamentalists seems a little harsh and unbalanced.

One would genuinely hope that someone so well- and expensively-educated knew something about a reasoned and polite debate. This is not the Bullingdon Club after all, where you can trash restaurants, but a serious national debate. Daddy cannot simply pay for a trashed environment to be fixed.

It’s nice to know that the man in charge of the most powerful office of state and ministry that holds all the purse strings has such an open mind and is listening to all sides of the debate, particularly those with overwhelming scientific consensus on their side.

The forthcoming Channel 4 mini-series, Secret State (Wednesday November 7, 10pm), asks whether it is possible to have an honest politician and explores the collusion between government and big business. It seems not.

As recent lobbying scandals have repeatedly shown, vested interests in financial services spend millions lobbying parliamentarians and funding political parties either directly or at conference.  The investment industry loves the steady returns from mining, minerals and metals, and would prefer we continue with the status quo rather than a community-based and owned clean energy revolution.

We can only speculate whether someone other than the scientists and the voters are yanking Osborne’s chain.

What is most staggering about these highly affluent, Oxbridge-educated individuals, who claim to subscribe to free market thinking, is that not one of them seems to grasp the massive economic opportunity tackling climate change represents. Innovation equals growth and the fastest-growing, most innovative businesses are developing clean technology. This is a ‘perfect’ industry, which has the double benefit of improving our economy and our environment.

In addition to his more famous arguments about free markets and liberalised trade, Smith also presented a theory of moral behaviour, which was not as neatly separated from his economic thought as we treat it today.

Smith’s arguments in favour of free trade included an assumption that owners of capital would naturally prefer domestic to foreign industry, even if the latter offered higher returns. Smith thought this was a good thing because it reflected the moral sentiments that ultimately help make markets function. Compare this founding father thought to the current flight of capital to highest returns around the world. The moral sentiment  in the UK and the US is clearly in favour of renewable energy and so free marketers should support it.

Sadly the pollutocrats and their political friends don’t agree.

Hayek noted that there are certain areas, such as the environment, where activities which cause damage to third parties (known to economists as “negative externalities”) cannot effectively be regulated solely by the marketplace. “Nor can certain harmful effects of deforestation, of some methods of farming, or of the smoke and noise of factories, be confined to the owner of the property in question, or to those who are willing to submit to the damage for an agreed compensation.”

It is time that these gentlemen were listened to by supposed free marketers and the four horsemen quietly went away. They do not appear to have the training, academic background or independence a serious debate needs.

They are not entitled to their own opinion.

There are just four days left of our crowdfunding campaign. Please help us by donating here. Thank you.