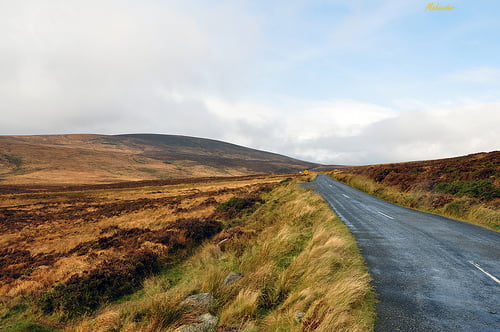 Ben Charig writes about a potentially revolutionary clean energy project that could help Ireland exploit its plentiful renewable resources and become the master of its own energy fate.

In times of financial difficulty for individuals, governments and corporations alike, investment in clean technology is viewed by many as an excellent opportunity to boost flagging economies while simultaneously reducing the environmental impact of our ever-growing need for technology.

In May this year, Blue & Green Tomorrow reported that employment in Ireland’s cleantech industry was expected to grow considerably in the coming months. Ernst & Young’s Cleantech Ireland report predicted the creation of up to 80,000 new jobs in the sector along with a GDP contribution of €3.9 billion – welcome news in any climate.

A more recent B&GT article told of investment that was being made in a wind energy co-operative in Northern Ireland. The scheme sought to support local consumers by providing clean, renewable energy that the consumers could manage themselves.

In addition to that, the project was intended to yield a return for the investors – the community – thus fostering a stronger local economy and acting as an incentive to other groups in Ireland to adopt similar strategies.

Ireland’s position at the eastern edge of the Atlantic Ocean gives it tremendous potential when it comes to wind energy. What can be done to exploit fully such a rich resource?

Spirit of Ireland’s homepage suggests that “a breakthrough national project” such as the one it describes could go some of the way to realising the country’s wind assets, thereby reducing its dependence on fossil fuels and slashing carbon dioxide emissions – two goals that the Ernst & Young report indicated were extremely important for Ireland. 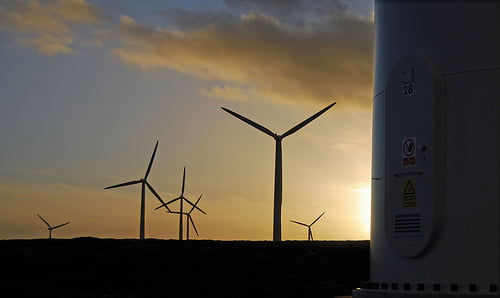 The SoI website acknowledges that wind, intermittent in strength and direction, is far from a reliable source of energy, but offers a daring and creative solution to the problem.

To make full use of high-speed winds at times when less electricity is needed (e.g., overnight), Spirit of Ireland proposes the construction of a series of strategically positioned reservoirs, all coupled to wind turbines and pumps.

At times of high demand, most of (if not all) the electricity generated by the turbines would be sent directly to the grid; at times of low demand, energy captured which is surplus to instantaneous requirement would be used to pump seawater uphill to fill the reservoirs. This would create a ‘battery’ of hydroelectric power to be drained when needed.

Even more impressively, the project suggests that with the appropriate infrastructure in place, Ireland could even export energy to the British mainland and beyond. This would constitute a surprising role-reversal for a country that has been spending sums of the order of €6 billion per annum on importing energy simply to meet its own energy demand.

To dig the reservoirs, install the wind turbines, the pumps and the grid infrastructure, not to mention build all the other bits of ancillary equipment, would create thousands of jobs at the beginning of the project. On-going management and maintenance of the systems would keep many in work long after the initial assembly stage. And the result of all this would be carbon-free, sustainable energy for Ireland.

However, it is important to keep a sense of perspective. Spirit of Ireland’s description of the project and its scope paints a fantastically appealing picture – one in which Ireland produces not only enough energy to cater for its own requirements but also enough to contribute to other European countries’ needs.

Some would consider this a rather unrealistic take on what is physically achievable. A page on sustainability.ie, a site purportedly belonging to the Sustainability Institute of the Republic of Ireland, points out a number of practical issues with the project.

It pays particular attention to the volumes of reservoir water that would be required to be able to deliver something equivalent to Ireland’s current average energy demand (which lies around the 3,000 megawatt (MW) mark).

The page makes reference to Turlough Hill, a mountain in County Wicklow, site of what is currently Ireland’s only pumped-storage hydroelectricity facility. The Turlough Hill set-up has a maximum power output of 292MW.

Note the word maximum; the facility could not deliver that quantity of power for any sustained period. Thinking that Ireland could construct enough reservoir-based, wind turbine-pumped hydroelectric power stations to provide adequate electricity is, according to sustainability.ie, an untenable position.

Of course, scepticism like this is healthy – and indeed part of good science and sensible reasoning. The investment required to implement a system such as that described by SoI would be enormous. It also presupposes that we would succeed in scaling the technology to work at the required level.

No project coming anywhere close to this magnitude has ever been attempted before, let alone succeeded. And there are plenty of other renewable schemes that would deliver far more return on investment – in energetic as well as financial terms.

All the same, in energy delivery as in life, the healthiest way forward is to maintain a balance of all things. Putting money and resources into smaller versions of schemes like Spirit of Ireland will pave the way for technological advancement and more cunning tricks for reaping renewable energy rewards from the wind resources available. Early schemes might not raise vast sums of energy, but they will make their contributions, and save that little bit more oil, gas or coal.

In conclusion, Spirit of Ireland’s project – so appealing in concept – does not represent a complete, ready-to-go solution to Ireland’s renewable energy dearth. Nor could or should any one project. It is an idea: grand, ambitious, and flawed. Despite the obstacles, the idea has vision, and it has merit. Let’s see what comes of it.