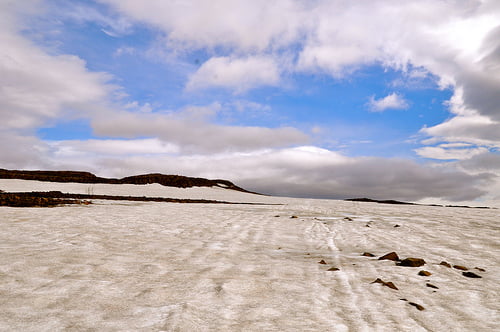 There has been a lot of discussion about climate scientists and their work. Who are they? What do they do? To answer these questions and more, geologist Simon Lamb took his camera and travelled to explore the science behind climate change. Thin Ice, which he produced with David Sington, is the result.

In an effort to better understand the work of climate scientists, Simon Lamb, associate professor at Victoria University of Wellington in New Zealand, decided to utilise his love for film and embark on a journey to unveil the work of the community.

“Lately, I’ve noticed something odd happening in the world of science: for the first time in my lifetime, scientists were under attack”, the author explains in the documentary film, Thin Ice.

“So I’ve decided to make a film about the scientists at the centre of all this controversy.”

Lamb began in Antarctica, the end of the world, and met with various climate scientists. He allows them to speak open and honestly, and listens patiently.

He follows the researchers in their daily activities: analysing the ice; harvesting the snow; taking temperatures; always looking for a sign or an indicator of CO2. Analysing the ice, one scientist says, is like “taking the DNA of the atmosphere”.

It turned out that Antarctica is a precious source of information for scientists.

Paloclimatologist Paul Mayewski said in the film, “We believed that Antarctica was a very stable place, a giant, white cold mass of ice that never changed. In the last 15 to 20 years we learned that this place is very dynamic.

“Climatically, it is a very hotspot for change”.

Explaining something as complex as climate science without falling into jargon might be difficult.

However, Lamb manages it. On one occasion, it’s almost like being in a science class when Oxford professor Myles Allen starts to draw the Earth and the sun on a blackboard.

He explains what we were told at school: that greenhouse gases are crucial to keep our planet warm enough to survive, but that the more we add to the atmosphere, the harder it is for radiation to be released to maintain the balance.

We are told that the climate is constantly changing; warming and cooling through time, at the same pace of carbon dioxide.

“When carbon dioxide goes up, the temperature goes up and vice versa, they are locked up together”, says geologist Tim Nash.

However, what happened after the industrial revolution was unique: a warming trend that increased dramatically from 1997, especially in the Arctic. The global temperature, if we keep this level of CO2 emissions, might rise between 4-6C by the end of the century.

Lamb visited northern Norway to see how this change has affected the local population.

Unfortunately, predictions are not comfortable at all.

Atmospheric chemist Martin Manning explains that the climate change we are experiencing because of historical emissions will be much more dangerous in the future.

While it might not be the most entertaining film about climate change you’ll see, Thin Ice is a documentary that asks – and answers – critical questions. Speaking to the people doing the on-the-ground work to help us better understand the changes going on in our atmosphere, Lamb manages to explain the complex world of biologists, physicists, geologists, climatologists, chemists and oceanographers.

He did it by not forgetting to emphasise who the main character of the story is: our delicate and threatened planet. The only one we’ve got.