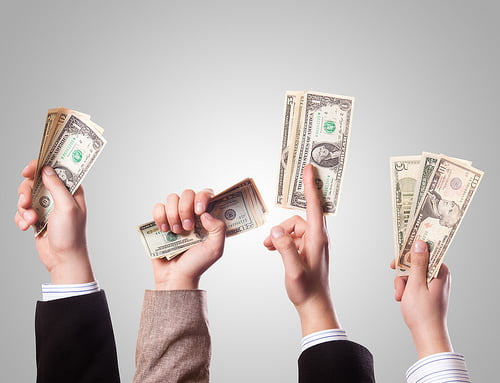 Crowdfunding is one of the best ways for small businesses with brilliant ideas to raise much-needed finance early on in their existence. Think of it as a kind of online Dragon’s Den, though on a smaller scale and without the dragons.

Unlike the popular BBC show, in which people ask the four dragons for a large investment in their enterprise or project, crowdfunding involves seeking a large number of people for a small investment each, and rewarding them for contributing.

We know all too well the impact it can have on a business, having crowdfunded a healthy amount at the back end of last year to finance our final three reports of the year. And so, we scoured the web for interesting green projects and ideas that were currently on the lookout for funding, and decided to give them a little plug in this piece.

Here’s what we came across.

Bristol-based ‘energy justice’ project Demand Energy Equality is venturing into its second crowdfunding project, having exceeded its £5,000 target to build a tree made of solar panels that would power a rain-fed irrigation system at the nursery in the city. This time around, it’s looking for £1,500 to run five solar PV workshops that will help transfer valuable knowledge to people primarily from low-income backgrounds.

2. Union of Genius: because we all need soup

Union of Genius is Scotland’s first soup café. Every day, it makes and serves six different types of home-made, organic soups and almost immediately after it opened in October 2011, it was clear that the idea was going to be a success. So much so, that it has now ventured into the wholesale market, which is where its crowdfunding campaign comes in. It’s looking for £10,000 to transform an industrial unit into a commercial kitchen.

‘Old furniture. Made good.’ That’s the slogan of the Living Furniture Project – a social enterprise that employs homeless people to restore and renovate furniture that people no longer want. The work allows the staff to find accommodation, and pick up vital skills that they can use in other professions. The project’s crowdfunding target is £3,000, which will go towards salaries, training, tools and materials.

4. Self Build Affordable Eco-homes: a project that looks to raise funds to construct a training programme for self-build eco-homes.

5. The Green Ninja Show: a YouTube series about the Green Ninja, a superhero that inspires children to take action on climate change.

6. “Country Kids” – Feature Documentary (2013): a documentary film about children in Nicaragua exploring the space where childhood, education, and environment collide.

7. HomeStay Morocco: a responsible tourism project that looks to help women and children in rural Morocco establish financial independence by sharing their lives with tourists looking to get more than just sightseeing out of their holiday.

8. Good Intentions: a film about a man called Josh, who one day decides to do something more with his life and so becomes an active environmental campaigner.

9. HarvestGeek – Brains for your Garden: an enterprise looking to commercially manufacture a device that will increase crop yields for farmers.