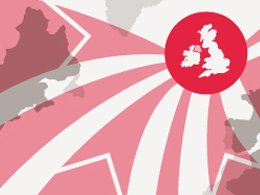 Why do Electricity Miles matter?

Good Energy recently launched the outcomes of its Electricity Miles project, which looked at where in the world the UK gets the fuel it uses to generate electricity.The results were telling and concerning—and nearly three quarters of those who responded to its YouGov poll agreed. But why does it matter? Ed Gill, head of external affairs, explains.

By working with small-scale renewable generators we’ve witnessed first-hand the benefits of a simpler, more local and more sustainable approach to the way we generate and use electricity.

But there are other reasons why we should be concerned about how we generate our electricity. Wholesale gas price increases (i.e., the cost of the fuel used to generate electricity) were the biggest single driver behind rising energy bills last autumn, according to the independent Committee on Climate Change (CCC).

Our research confirms that a clear majority (57%) of the fuel we use to generate electricity is imported, demonstrating how the UK’s over-reliance on importing fossil fuels from abroad is costing the country dear.  Only investing in renewables can address that problem.

To quote one UK energy minister: “I have no idea what the price of other [energy] resources will be next year, whether uranium, gas or coal. But the price of wind, and marine, I know—where there is a cost of construction, but where the fuel itself is free. This brings a lot of energy security.” 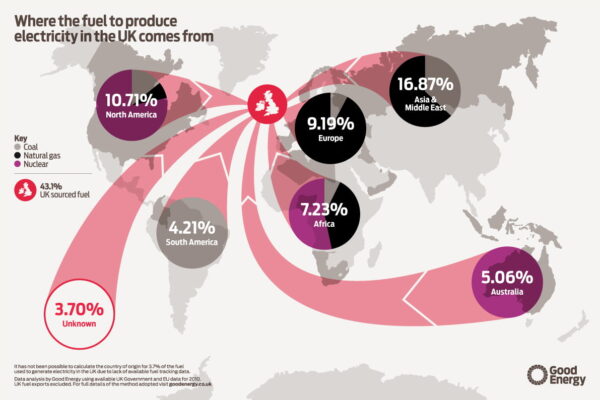 We think that policymakers need to pay more attention to ‘Electricity Miles’ for the following reasons.

Last year, rising energy bills were one of the biggest upward pressures on inflation at a time when the UK’s economic outlook remains somewhat grim. Unexpected changes to energy bills mean that businesses find it hard to plan financially, and hold money back to pay bills that could otherwise be invested in growing their businesses. The same applies to households and families. Money saved for unpredictable energy bills means less money going into the economy at a time when it needs it most.

Investment in the UK

Investing in renewables in Britain means that the money remains in the country. On the other hand, investing in technologies that rely on world markets for fuel means that cash just pours from our shores. Investment in renewables is not just sustainable environmentally, but also economically too; so long as we can harness renewable energy, the jobs necessary to do so will need to exist. Spending money on other, unsustainable energy resources is nothing more than a short-term investment.

The CCC’s research already demonstrates how vulnerable the UK is to international events. The bill increases they examined largely came about after global gas demand increased after a number of countries closed down nuclear power plants following the Fukushima disaster.

That vulnerability still exists. In January this year, a group of UK defence chiefs made headlines by warning that our dependence on importing liquefied natural gas (LNG) from Qatar meant that the UK’s economy was particularly exposed to any conflict with Iran. We’re all used to hearing about how international events affect the price of oil, but the UK’s additional, over-reliance on LNG means that we risk facing a ‘double whammy’ should there be any instability internationally.

Investing in unsustainable fossil fuels won’t deliver us with the long-term security we need; though the UK has successfully exploited its North Sea oil and gas reserves, it has done little to provide us with security of supply in the long run.

Having less control over our energy prices means that we have less control over how they impact on the fuel poor. Changes to prices hit those people hardest; they spend a higher proportion of their income on energy costs. As we’ve seen from developments in the social housing sector in the last two years, renewable energy has the potential to give some of the UK’s poorest communities greater control over the energy that they use.

Take a look at our Electricity Miles infographics to find out exactly who we are currently relying on to deliver our energy future.