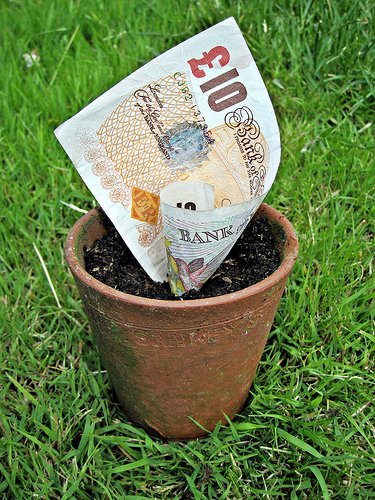 Will and Sally Sutcliffe are ethical investors. Their investment journey began in the late ‘90s when they inherited a “sizeable sum” of money that they realised was invested in areas that didn’t match their ethical values.

They now use the interest they receive as an alternative to paid work, allowing them to become actively involved in volunteering – Will full-time in projects that support asylum seekers, and Sally, in English language classes and church groups.

They have one daughter and a dog, and receive specialist ethical financial advice from Manchester-based Gaeia. Speaking with Blue & Green Tomorrow, they look back at their investment choices and their reasons for choosing a more enlightened path.

Why did you consider ethical investment?

Will: We’re on a journey, as many people are. We’re both committed Christians, and we’ve both had social consciences for most of our lives.  We realised that with one hand, we’ve been supporting organisations that do relief and development work in the developing world, but with the other hand, by the unethical investments we’d inherited, we were potentially undoing that and probably doing considerably more harm.

How did you come to investing in ethical funds?

W: When my parents died, we inherited a sizeable sum which had been invested in all sorts of things – some of which we were not comfortable with – and consequently we set out on a bit of a journey of reinvesting what we’d inherited.

Sally: I think when we went into it – around 16 years ago – we assumed that green or ethical investments would be much more radical than they actually turned out to be.

Would you explicitly refuse to invest in any sectors or areas?

W: When we first set out on this journey, we completed questionnaires and ticked loads of boxes. There seemed to be loads more ticks in areas that we don’t like than those that we do. One of the problems we’ve had is that we’ve been keen to try and make sure, at the risk of sounding too idealistic, that our money is doing active good rather than just avoiding harm. So one of the key things that we’ve been concerned about is workers’ rights and to make sure that companies that our money is invested in, as far as possible, are not abusing their workers. We are very concerned about environmental issues. Like many people, we avoid investments in armaments, alcohol, tobacco and oil.

One of our challenges has been to find investments which genuinely are ethical. A lot of funds might be billed as green or ethical, but when you dig into them and look at their top ten holdings, you find that it’s full of supermarkets, phone companies and things that we wouldn’t consider as ethical. The thing is, they don’t invest in armaments, oil and animal rights, so strictly they meet our criteria but it was a bit of an eye-opener to us to realise that what we’re actually investing in was all sorts of things which weren’t really where our sympathies were at all.

S: We wanted to invest in companies and funds whose very reason for being is ethical; not, for example, a company that makes rubber bands but happens to be very ethical in the way it behaves. We wanted investments that make a positive difference, whose raison d’être, whose very creation is to do with social conscience and the developing world.

S: It’s so difficult to find those funds.

W: We are aware of sounding a bit naïve at times, but I’d sooner be naïve and keep trying to strive to achieve our principles than just give up and accept whatever we’re offered .

Was this a belief or a strategy that you had had all your life or was there a specific turning point for you both when you realised what your money was invested in?

S: I think as young adults, we tried to make everything make sense in the whole of our lives. As Will said, one hand was doing this, but the other hand might have been doing the opposite which undoes all the good work. Finance is just one part of the whole of our lives I suppose. I think it’s been running through all of our adult life but the point at which we had to actually decide and take action was when Will inherited the money from his parents.

W: The important fact is that we didn’t have significant resources to invest beforehand, so it wasn’t such an issue really. Our focus financially before was in giving to support good work, rather than to actually invest in it.

S: That point about giving I suppose is still relevant in the sense that for a lot of people, financial investment is to do with maintaining or amassing wealth, or at least helping it to grow. The assumption of most financial advisers and investment brokers is that anybody who has any money wants to keep hold of it and make it grow, whereas that’s not our starting point, which makes us a little bit odd.

Many financial advisers and investors cite their religion as one of the key drivers for moving into the ethical investment space. Is there a sense that investing in conventional funds would be seen as contradictory to your religion?

W: For us, our faith is not something that is simply attached on top of everything else that goes in our life; it goes right to the core. And I think as you go through life, different challenges appear at different times as you’re on your journey, and things that seemed fine a few years ago, you realise actually they might have been inconsistent. I think what we want to be, to use a biblical term, ‘good stewards’ of what we’ve got, and recognise that it’s not ours, really. We didn’t earn it; it simply came to us. It’s something that we’ve been given stewardship of I guess and we feel very privileged but also feel that with privilege comes responsibility, and it’s a constant challenge really to try and find ways of making sure the money is, wherever possible, doing active good; whatever that might mean.

There are a number of misconceptions flying around that say there is a performance sacrifice to be made when investing ethically. How have you found it?

S: We were aware of the myths, but amassing wealth and accumulation are not our main criteria. It didn’t bother us that much, but we just kept an eye on it and were interested to see over the years how they would perform. Most of our investments – possibly because we’ve chosen slightly higher risk funds or smaller enterprises – haven’t quite matched the conventional performance.

What would you say to B&GT readers to encourage them to invest ethically?

W: We need to recognise the impact that our money has. We all do day-to-day jobs, and some of us are doing jobs that we believe are doing good for society. But what is the point of having a day job that does some good for the world and with your money, you’re undoing nearly all the good that you’re doing? We need to be consistent and integrated as people and recognise that our investments have a huge power, both positively and negatively, to impact the world.