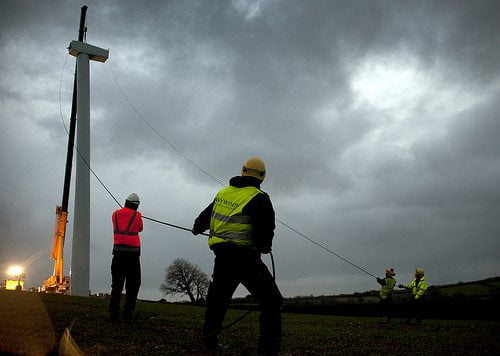 The crowdfunding renewable energy investment platform Abundance Generation has set a new record after raising over £200,000 for a new project in just four days.

The company, which uses a debenture funding model that allows people to invest as little as £5 in renewable energy projects, launched its latest project REG High Down last week.

REG High Down, a £1.5m, 0.5MW wind project in Cornwall, attracted £214,000 investment in just four days. It is the fastest raise yet for Abundance Generation, and is believed to be one of the speediest for the UK’s crowdfunding industry.

The project is offering investors an expected before tax return of 8.4-9.3% return over 20 years.

“We are seeing increasing momentum in the amount and speed that the crowd is investing in renewable energy projects,” said Karl Harder, co-founder and managing director of Abundance Generation.

“Customers are now spreading their investments across the range of solar and wind projects available.

“With an effective rate of return of 8.4-9.3%, REG High Down is setting new records for amounts raised through the Abundance platform.  It is great to see one of our partner businesses harnessing the power of democratic finance.”

They warned that low interest rates mean savings in cash ISAs could lose value because of inflation, while Britain’s green economy is growing.

“The UK is seeing fast growth in two distinct areas right now: renewable energy and alternative finance. We believe the British public should be benefitting from this growth, and that’s why we’re warning people not to sleepwalk into ISAs this year,” Harder added.

“It’s possible to have a win-win scenario and get decent, above inflation returns investing in things you believe in.”