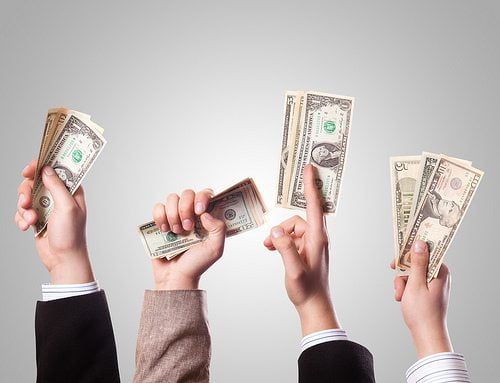 If we all chip in to help sustainable and ethical investment move from the margins into the mainstream, the market will not only grow quicker, it will also gain credibility, writes Richard Essex.

Take any every-day product or service that we now take for granted. You can draw a line from when it was a marginal product to when it became mass market, when it was accepted as the norm.

Take car production at the turn of the century. In the early years the car was very much seen as a toy for the very wealthy. Indeed it wasn’t until the 1950’s that car use became more the norm in the developed world.

However certain changes happened along the way which allowed the change from marginal to mainstream to happen. Instrumental in this was Henry T Ford and the start of the mass production line.

The first Model T came off the production line in 1908. By 1927, 15 million had been produced. For the first time cars could be assembled relatively cheaply so that they could enter the range of the non-mega wealthy.

Imagine if this had not happened and the car had just continued to be made in specialist workshops for rich enthusiasts.

Therefore it’s when the mass market becomes interested in something that a product or service really starts becoming influential.

A more recent phenomenon in the investment side has been the rise of buy-to-let investments. 20 years ago the thought of investing in residential property and letting it out was not considered normal. This was the terrain of specialist property developers.

Nowadays provided you have a reasonable deposit and credit record, anyone can enter the market. Again certain triggers happened that allowed this change to happen. There was consumer pressure to make this type of investment more accessible and the mortgage industry made financing deals more readily available and attractive.

In other words it went from the margins to the mainstream by more people entering the market.

And so the same story can apply with responsible investing. Everybody entering and putting 10% in this space will have far more effect than continuing to rely wholly on the more extreme investor.

That is not to say that the more specialist, extreme investor has not been vital. They have helped to put this concept on the map. It’s just that to spread the influence it has to become the norm.

And your 10% not only makes the market grow quicker, it provides the industry with more credibility.

In other words, by more people showing they can invest and support the environment, the more this will make sense to the investment industry.

Ideally it would be great if every single investment considered its impact on the outside world and recognised that it could influence change. I believe this can happen eventually. But in order to get there you and I need to put your toe in the water now.

A good analogy is that of the recycling industry.

15 years ago domestic recycling was seen generally as an activity of the eco warrior. However pressure and legislation forced everybody to get involved. Initially many considered having to sort out certain rubbish and fill up a certain bin as being a right chore.

However now most people not only have got used to it but they thoroughly embrace the idea, and even pour scorn on those that don’t. Recycling, in other words, is now seen as a totally credible industry.

Finally, simple maths applies to this theory. If everybody puts in 10% that will direct far more money to ecological and social change than is currently the position.

If you don’t believe me let’s have a look at the facts in the UK. According to the Investment Management Association, the total UK investment in retail funds in 2012 was £597 billion (retail funds being investment funds bought on the market by individual investors).

10% of that figure would therefore be £59 billion

This compares with the total £11 billion which was actually invested in green and ethical funds at that point.