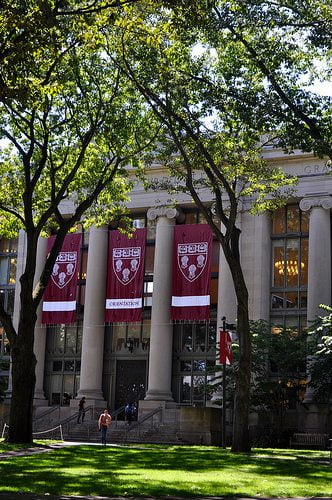 The president of one of the most prestigious and richest universities in the world has told students and its board that when it comes to fossil fuels, the institution should focus on measures other than divestment, and instead take advantage of the voice it can have in the industry.

Drew Faust said in a letter that Harvard would not drop its investments in fossil fuels, despite the majority of its students saying they would like it to do so.

She said she is deeply concerned about climate change and that for this reason she believes it is the duty of the school to work to improve sustainability at all levels and become a greener university.

However, she said that divestment was not the solution, after having met student representatives, who urged Harvard to join the divestment campaign launched by environmentalist Bill McKibben and his 350.org group.

Faust wrote, “While I share their belief in the importance of addressing climate change, I do not believe, nor do my colleagues on the corporation, that university divestment from the fossil fuel industry is warranted or wise.

“We should be very wary of steps intended to instrumentalise our endowment in ways that would appear to position the University as a political actor rather than an academic institution.”

She added, “The endowment is a resource, not an instrument to impel social or political change.”

Faust also argued that by selling shares held in fossil fuels companies, Harvard would “diminish the influence or voice” it might have with the industry to push it towards more sustainable practices.

The Divest Harvard movement commented on the letter, “Leadership requires courage and vision–President Faust demonstrated neither. Today, she chose the fossil fuel industry over her students.”

McKibben, a Harvard graduate and founder of 350.org, said, “Well, not unexpected. It took Harvard five years to figure out it didn’t want to be involved with apartheid in South Africa; one hopes that the efforts of students, faculty, and alumni mean this will happen more quickly.”

A recent study by Impax Asset Management outlined how divesting from fossil fuels was a compelling win-win for investors and that claims of underperformance were wrong.