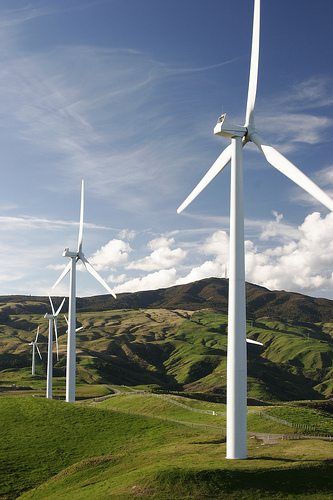 Global climate change investment not up to scratch

New research has shown that global investment in climate change totalled $359 billion in 2012, roughly the same as the previous year. The figure falls far short of what’s needed, according to the Climate Policy Initiative (CPI).

The International Energy Agency (IEA) projects that an additional investment of $5 trillion is required by 2020 for clean energy alone, in order to limit warming to 2C.

However, the researchers found that the gap is likely to widen. The World Bank now projects that we are on a path to 4C warming. This suggests that additional efforts are needed to scale up finance to stop investments falling further and further behind.

“Investment to combat and adapt to climate change is happening around the world, but it’s short of where it needs to be and efforts to grow it have not been successful enough”, said Thomas Heller, executive director of CPI.

In 2012, there was less investment in large-scale projects than in the past. This investment was focused on fewer projects but resulted in greater capacity. The research suggests that developers are successfully bringing the cost of renewable technology down.

Some 76%, or $275 billion, of all spending was used in the country it originated. Of the remaining $84 billion that flowed between countries, a significant amount was private money flowing between developed countries.

“There may also be an opportunity to increase international flows, by addressing the perception of addition risk in overseas investment.”