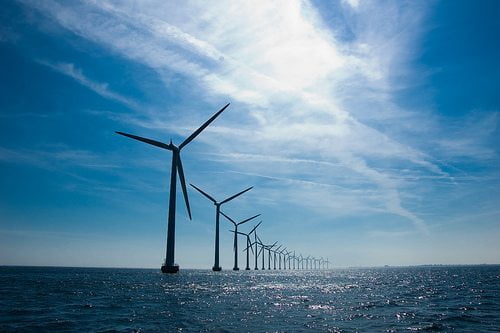 The announcement comes as the bank, launched in late 2012 to drive investment in low-carbon projects, publishes its 2013-14 results. In the financial year from March 31 2013, the bank committed £668 million to 18 new projects, making it the most active investor in the UK’s green economy.

Private investors followed, pledging a further £1.9 billion to the projects, adding up to a total of £2.5 billion of new investment. The GIB’s total capital commitments now stand at £1.3 billion.

Most of the projects in the GIB’s portfolio remain under construction, but when completed they are expected to reduce the UK’s carbon emissions by 3.5 million tonnes per year.

The investments range from a £20m commitment to a waste-powered energy facility in South Gloucestershire to £5 million for energy efficiency measures in Scottish whisky distilleries.

“Headquartered in Edinburgh, the bank’s current investments have supported 3,500 jobs in the UK’s growing green economy and will cut CO2 emissions equivalent to taking over half the cars off London’s roads.”

The bank is already an important player in the offshore sector, having invested £461m into two “next generation” wind farms in March.

But the fund, which will be managed by a Financial Conduct Authority regulated GIB subsidiary, will seek to broaden the number of long-term investors in UK offshore wind projects by appealing to private investors.

The country currently has 3.6GW of installed offshore wind capacity, with a further 1.4GW under construction. Much of the government’s decarbonisation hopes are pinned on offshore projects, as the government recently altered the subsidy regime for solar farms while the Conservative party has pledged to cut down on onshore wind projects if re-elected – creating uncertainty amongst investors.

It is hoped the fund will appeal to investors by offering long-term, inflation-linked returns while allowing developers to refinance part of their investments in operating assets to reinvest in new projects.

The plans have been welcomed by Huub den Rooijen, head of offshore wind at The Crown Estate, which manages most of the seabed around the UK.

“The UK continues to be the most attractive place to invest in offshore wind globally and today’s announcement by the GIB to raise a £1bn fund to attract new private investment is another vote of confidence in the UK’s maturing sector,” he said.

“Offshore wind is already making a material contribution to the UK’s electricity demand, around 3-4% annually, and employing nearly 7,000 people directly – today’s announcement is a further boost to unlocking offshore wind’s full potential and the UK’s transition to a low carbon economy.”

However, some argue that the GIB is still not fulfilling its potential. Greenpeace UK energy campaigner Louise Hutchins said that while the new fund “shows the right priorities”, the government must give the bank a freer rein.

“One year on, the Green Investment Bank is clearly a success story, driving investment where it is needed in Britain’s cutting edge renewable industries. But the level of investment still doesn’t match Britain’s strategic requirements,” she said.

“George Osborne should now give the bank freedom to borrow to invest at a much bigger scale, to modernise Britain’s decaying, polluting energy system and give a boost to the economy.”

Such comments echo those of the GIB’s chief executive Shaun Kingsbury, who last week said the bank could raise up to £60 billion to fund new projects if it was allowed to borrow from capital markets.