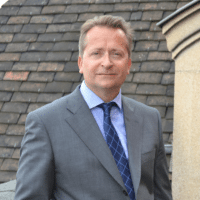 Jean-Philippe Desmartin has been appointed Head of the Responsible Investment team at Edmond de Rothschild Asset Management. His role will be based in Paris and he will be reporting to Chief Investment Officer, Philippe Uzan.

Jean-Philippe Desmartin took up his position as Head of our Responsible Investment team on September 12 2016. He is a graduate of the Paris University II (business law and management) as well as the IEP in Paris (finance and economics). He started his career in 1993 in the financial engineering department at Crédit Du Nord. From 1997 to 1999, he was a project manager at the Alpha Group before moving to the extra-financial agency ARESE as Head of Development. In 2003, he was a director at Innovest and then in 2004 founded his own consultancy business, Desmartin Conseil. From 2005, he was Head of ESG (Environment, Social and Governance) research at Oddo Securities.